A local company is producing a short film after winning the Malta Literary Short Film Contest 2018. Stephanie Fsadni gets the lowdown on the making of Camilla.

As Hollywood bemoans the lack of female protagonists in the film industry, a local company is focusing its efforts on a women-centred plot written by a female author and directed by a woman.

Camilla is taken from Azzopardi’s collection of short stories titled Kulħadd Ħalla Isem Warajh (Merlin Publishers, 2014), which was awarded the 2015 National Book Prize in the Short Stories in Maltese and English category.

Martin Bonnici, founder of Shadeena Entertainment Ltd, was drawn to this story as, in his opinion, “it represents a fresher kind of Maltese literature”.

For him, the story of Camilla is about the power dynamic between powerful older people and the younger naive generation. The film’s plot revolves around a young university student named Laura (Steffi Thake) who meets Camilla (Irene Christ) just days after a nasty break-up. A working relationship soon turns into a romantic one but things take an unexpected turn.

Bonnici believes that a combination of having a diverse and talented team and a very different kind of story gave the company an edge over the competition at the contest.

“If one looks at the previous films funded by the National Book Council they’ve always chosen different films to try and reach a wide audience and I think this choice falls within that pattern,” he remarks.

So, what’s so different about this story?

Born in Belgrade but raised in Malta, Reljić is interested in myth, metamorphosis, monstrosity, film history and pop culture. His debut novel, Two, was published by Merlin Publishers, and has written Mibdul, Malta’s very first serialised comic, which will be launched later this year.  He has also written the horror feature film Inheritance for Shadeena and which is set to start filming in autumn.

He turned the plot into “a‘double adaptation’ of sorts – of Le Fanu’s novella as well as Azzopardi’s short story” and reveals that together with co-writer and director Stephanie Sant, they ‘imported’ a character from the Le Fanu story “to help us animateinto action some of the key elements of Azzopardi’s story”.

Even though the adaptation departs from the narrative structure of the original tale, Azzopardi seems to have been pleased with the resulting script.

“We felt the need to get Azzopardi’s go-ahead on the project before starting to work on it in earnest,” points out Reijic. “Thankfully, she loved the idea. This was a relief, especially given how the adaptation departs significantly from the overall narrative structure of the story.”

He adds that Azzopardi “was an enthusiastic supporter of the project from the beginning and has been kept in the loop on the project throughout. She has even been so kind as to help us with polishing up some of the Maltese lines of the script.”

The team will start filming in two weeks’ time and Sant could not be more excited.

“It is my first time directing a short film in a full set, but I have been writing scenarios since finishing my studies in 2016 and making video-clips since before that,” she says.

“I’m also excited about the team I will be working with, and the chance to adapt the original story by Azzopardi in a new narrative for the local cinema scene. I also like exploring complex characters in general, ones that cannot be categorised and that can stretch the audience in seeking new ways of empathising with them. In Camilla, we have two very layered characters of two women going through different challenges at different stages in their life.”

Sant, who has a Master’s in photography and mentions directors Chris Marker, Werner Herzog, Andrea Arnold, Lars von Trier and Kim Longinotto as a source of inspiration, feels strongly about the lack of opportunities for women in the film industry.

She says: “The ugly side of film history has been the exclusive focus on a generic type of main character, usually a young, attractive, white man (which obviously represents so little of the population) all the while reducing other minority characters to grotesque, objectified, fetishised creatures whose sole purpose would be to compliment the ‘hero’ and not really have the chance to voice their own narrative, their own hopes and fears.

“We all know how dangerous it is to simplify and categorise things. So I am happy to fight this gross imbalance within diversity that still persists in Malta and in Europe, and I aim to always work within sets that push the agenda of diversity. This I know is also Martin’s own agenda as a producer, and I am very happy with the diversity within the planned crew on the set for Camilla.”

Sant’s debut script, Ir-raġel tal-klieb, produced by Shadeena Entertainment, is in the final stages of production and she is developing other screenplays for short films and co-writing a feature film. And after shooting Camilla, she is flying to Saint-Nazaire to work with five other performers on Olivier de Sagazan’s new show at the Scène Nationale.

Camilla is scheduled to premiere in November, when it will feature in a special event at the 2018 edition of the Malta Book Festival. Visitors to the festival will be able to watch the premiere  free-of-charge and will have the opportunity to meet both the director of the film and the author.

Bonnici has further plans for the project. He says: “We look forward to seeing the audience reaction at the National Book Festival in November and then submitting it to festivals around the world to share a slice of Maltese culture.”

Shadeena Entertainment Ltd was established in February 2010 geared towards making film-making a sustainable enterprise in Malta. Over the past year, the company has produced numerous commercials and supported the production of around 10 student and music video projects through sponsorship and in-kind support. 2017 also saw the company produce two Maltese short films (Raġel tal-Klieb, Marsapolis) as well as co-produce a Cypriot short film (Red Nose). All three will shortly start their festival run, with Red Nose screening at Short Shorts Film Festival and Asia 2018 in Tokyo. 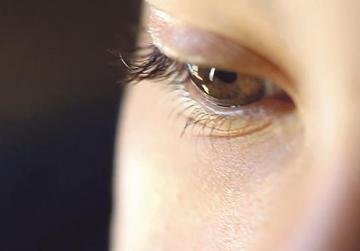 A still from the 2015 short film Garden of Hidden

At the same time, the company has also invested in the development of numerous projects besides Camilla. These include:

Inheritance: a mockumentary/horror film that combines elements of contemporary Maltese history, ancient legends and political events of the recent past with a satire of Maltese society. Inheritance is going into production late this year.

Xelter: a dark supernatural horror/war film set within the air raid shelters under Rabat during World War II, which sees a group of children face off against the monster known as Babaw.

Is-Sriep – An adaptation of the bestselling novel Is-Sriep Reġgħu Saru Velenużi by Alex Vella Gera into a feature length film.

The Seventh – An adaptation of the Maltese macabre short story Il-Lifgħa s-Sewda, first published in 1983, into an interactive virtual reality experience.

The company is committed to the development of new products using the latest technology while supporting new talent and fostering international collaborations.