Malta’s Ambassador of Culture FRANCIS SULTANA shares his third monthly arts and culture column in collaboration with Times of Malta, in which he presents a set of must-see local and international exhibitions with a common thread.

As we draw a line under the challenging year that was 2021, we can only hope that 2022 brings about a lasting change for us all – a year of positivity, enterprise and creative outpouring. I am excited about the year ahead as many projects that my studio and I have been working on, under difficult circumstances, will finally be launched.

If you are looking for some inspiration to get your own creative juices flowing, then I thoroughly recommend a trip to Paris. A glimpse of the spectacular architecture, the sweep of the avenues, the thrill of the shops and the delight of the culture – it will really give you the push you need to get out there and create in 2022.

For those looking for a show to get you in the mood, there is none better than Thierry Mugler – Couturissime at the Musée des Arts Decoratifs at The Louvre. A true fashion innovator and visionary, the work of Mugler has over the past 30 years become a symbol of extravagance, exaggeration, futurism, eroticism and complete commitment to artistry.

Set across two floors in the newly refurbished fashion galleries at MAD, the show covers Mugler’s approach to couture, music, photography and theatre. For anyone who loves fashion, let yourself get lost to the soundtrack of George Michael and wander down the most glamorous of memory lanes, taking in the iconic and extreme silhouettes, the fetishized fabrics, the famous faces (from Jerry Hall to Eva Herzigova, Linda Evangelista to Diana Ross) and the incredible locations – from the rooftop of the Paris Opera House to the Sahara Desert. Pure fashion escapism and just the tonic to start the year. The show is on until April 24. 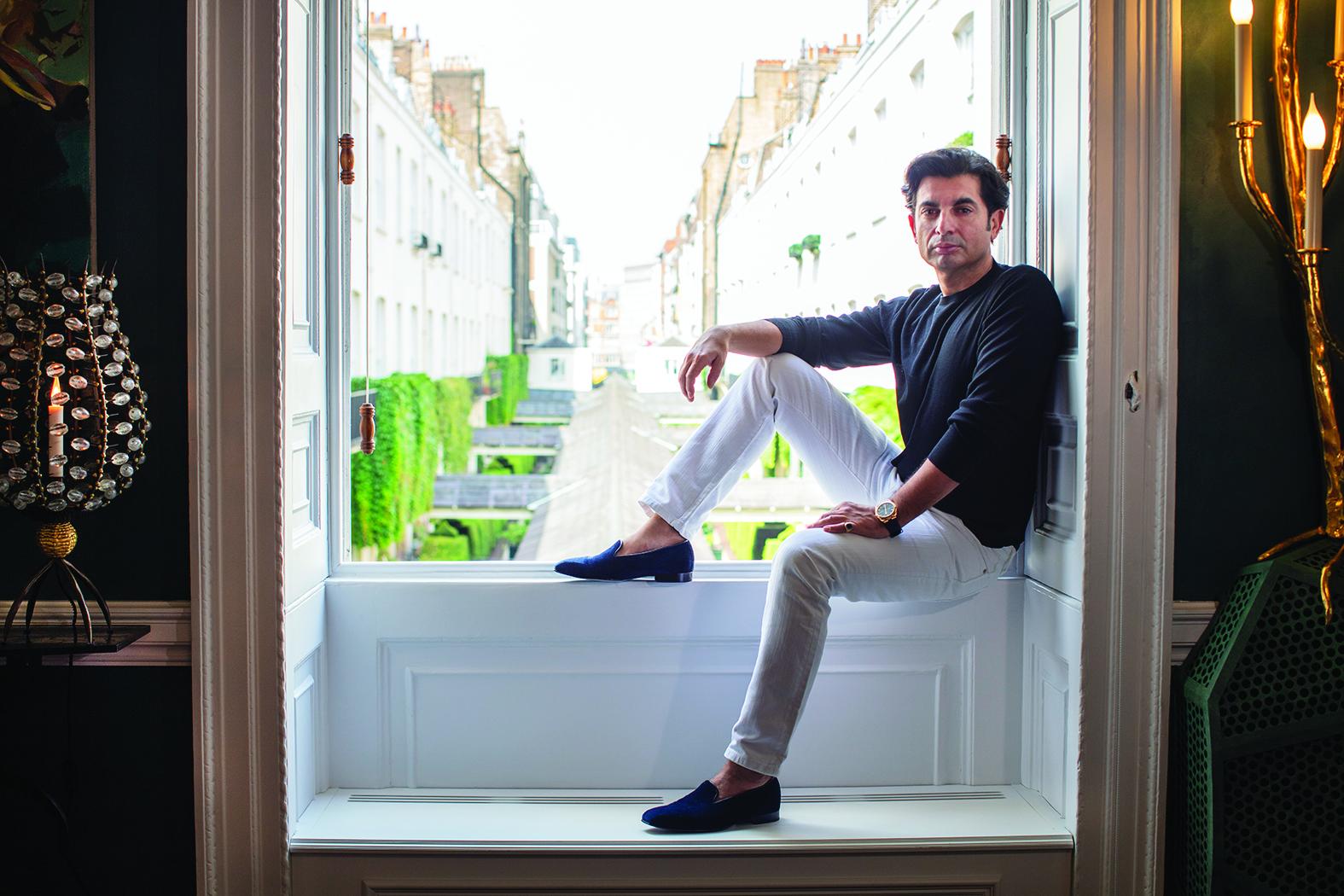 Hogarth & Europe, an exhibition that runs at Tate Britain until March, has had a lot of press recently ­– as much about the contemporary cultural lens of the show as the actual content of the work, which includes over 60 works by William Hogarth, some rarely seen in public.

For me, what is interesting about the exhibition is how the artist, alongside his contemporaries in France, Holland and Italy, was capturing the huge shift that was happening during the 18th century and the birth of the ‘modern’ era. All over Europe, society was witnessing a huge transformation, as luxury reached new heights whilst poverty, especially with the backdrop of cities like London, Paris and Venice, was descending to new lows.

Just like social media of today, in Hogarth’s works we see society’s amazing achievements and its terrible disasters side by side: the super wealthy, the corrupt and immoral, the poor and downtrodden, the selfless and the extraordinary. 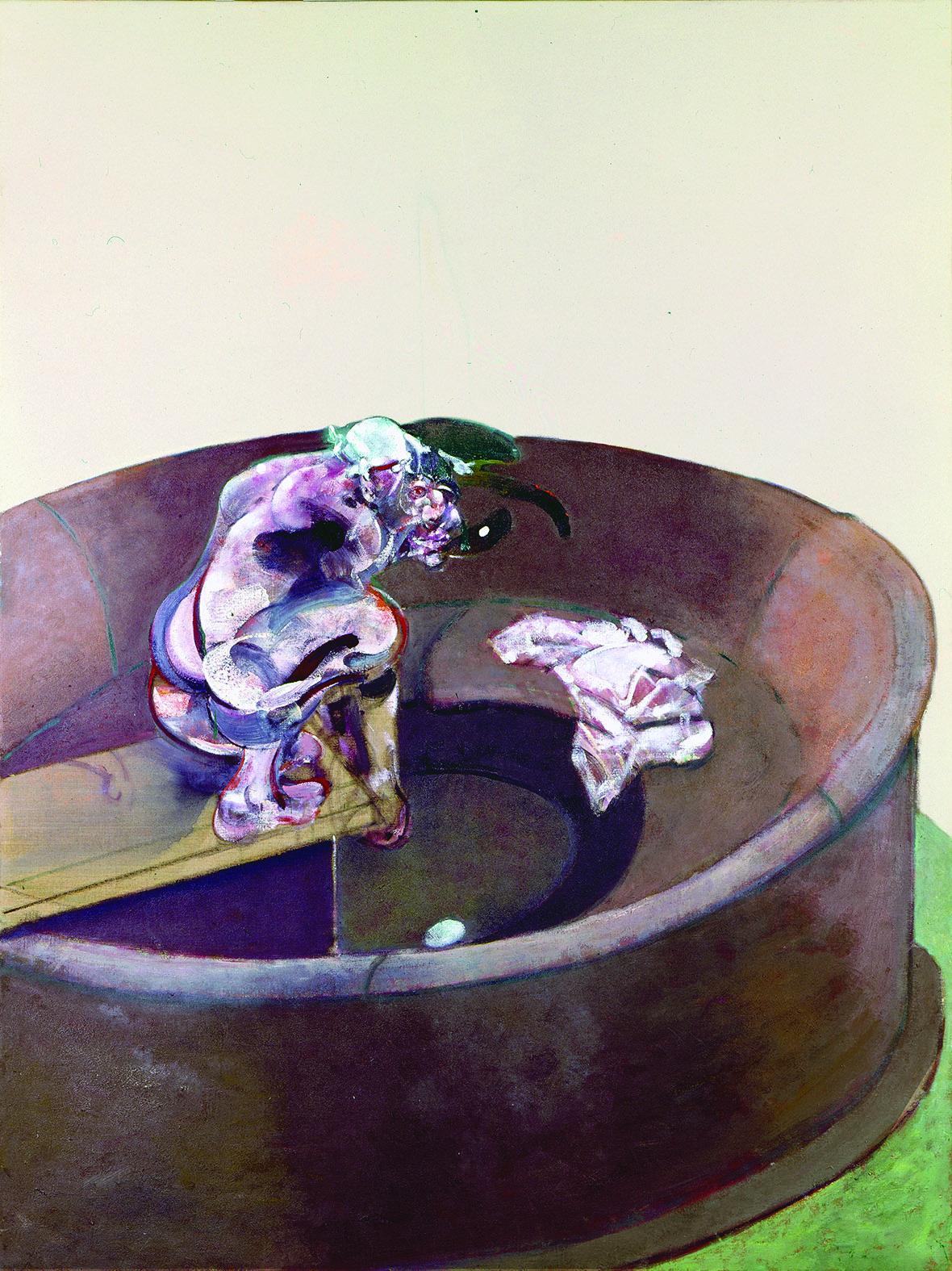 William Hogarth offered a lens of wry truth through which the public was able to view the reality of those in power as well as those just like them, often with a cautionary subtext.

The exhibition is shown alongside Hogarth’s continental contemporaries in France, Italy and Amsterdam, proof, if we needed it, that England has always been and will always remain closely connected to its European friends and neighbours. Hogarth & Europe runs at Tate Britain until March.

Maltese artist Giorgio Preca, like Francis Bacon, was considered by many in Malta to be too avantgarde

Like Hogarth, Francis Bacon was an artist that stripped away the societal norms and focused on the core elements of what makes us human. It was Bacon’s belief that the beast, the animal within us, is never far from the surface and beneath the veneer of civilisation, humans are just animals, like any other creature.

Growing up through some of the most chaotic and disturbing times of the 20th century, Bacon lived across Europe and in London as an openly gay man, when things were very different from today’s acceptance. 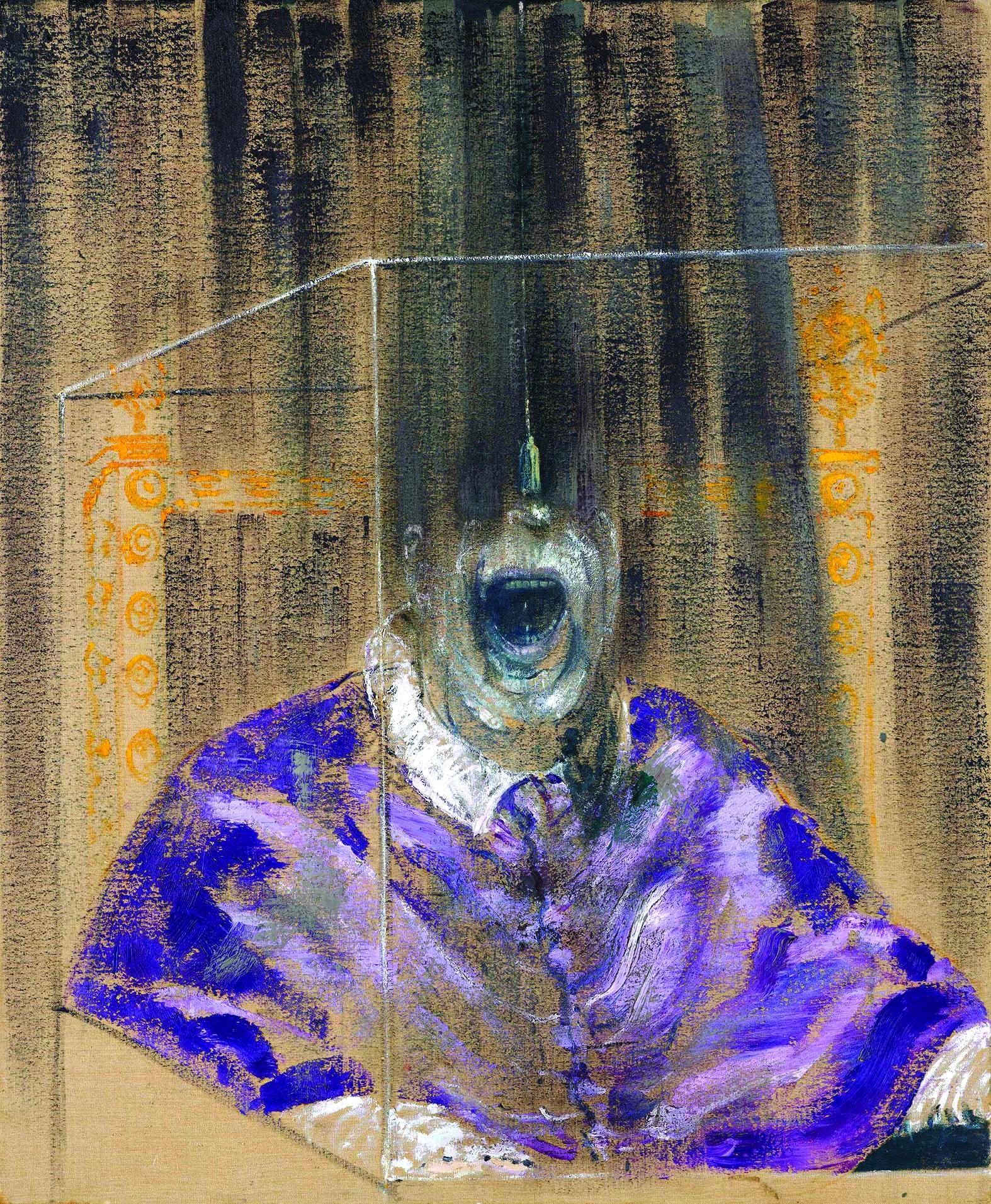 Bacon’s experience of the visceral nature of life and the disintegration of humanity and man’s capacity for cruelty, is the basis of much of his work and the subject of a new show Man and Beast at the Royal Academy London, that opens on January 29.

The high point of the show will be three paintings of bullfights that are being shown for the first time together – the combination of savagery and eroticism and the conflict of man’s authority over animals is incredibly powerful, as is the last painting Bacon ever made in 1991 Study of A Bull.

As a collector of Bacon, it is the oscillation between the monu­mental and the intimate, the universal and the personal, that will make this show especially powerful. The relationship between Bacon and George Dyer, his lover for many years, is particularly poignant and tragic. Francis Bacon: Man & Beast will be open until April 17, 2022.

Maltese artist Giorgio Preca, like Bacon, was considered by many in Malta to be too avantgarde when he was working during the mid-20th century and struggled to show his work at home. While his artist contemporaries loved the bold modernist spirit of Preca’s work, it was in Italy where the artist gained most attention through a series of solo and joint exhibitions. 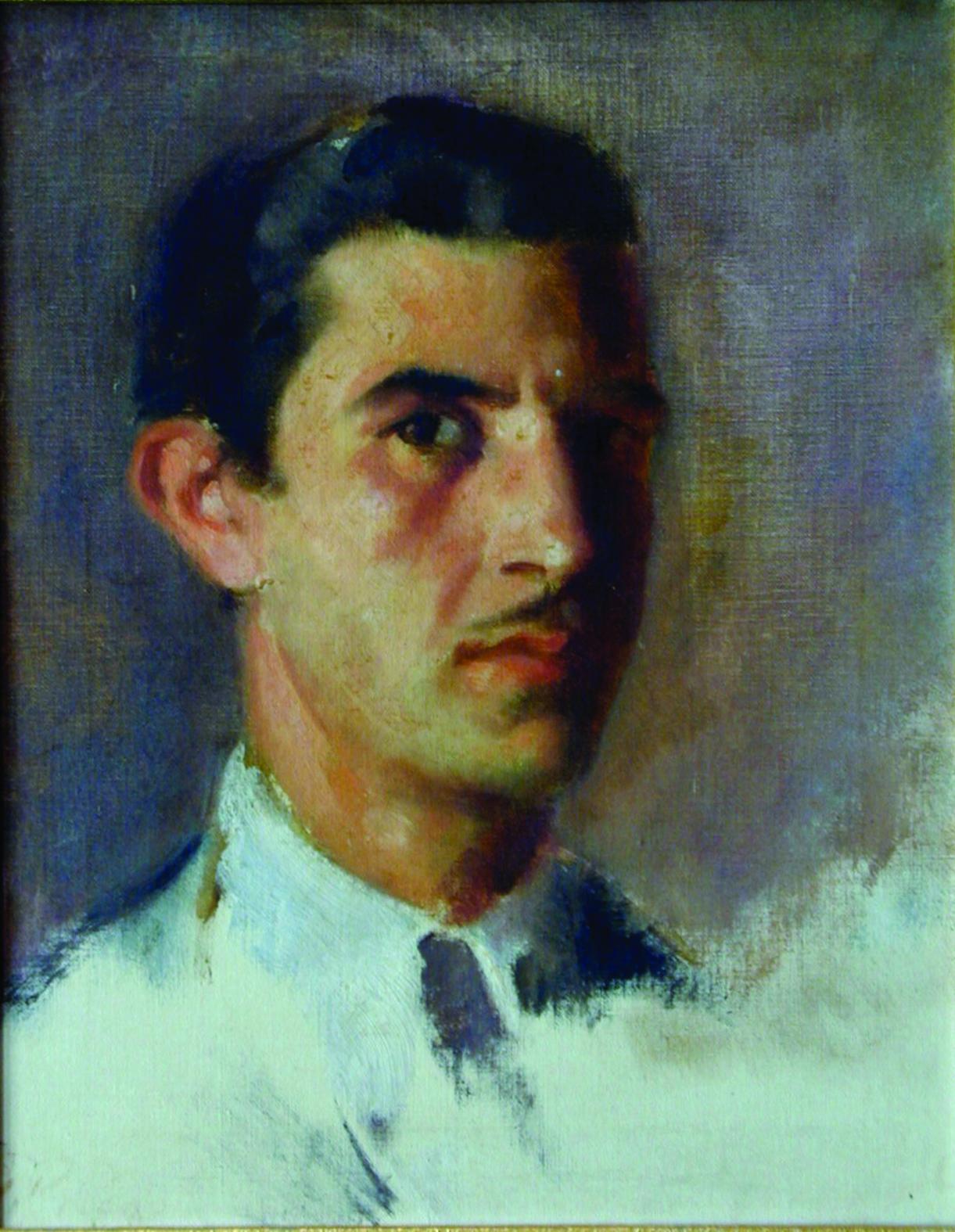 One of Giorgio Preca’s self-portraits painted in the 1930s.

Despite this, Preca was always very proud to be Maltese, hence the title of this show ‒ Giorgio Preca ta’ Malta: An International Artist with a Modern Spirit. Preca’s work is bold, dynamic and packed with vigour. Landscapes, abstracts and still life works, loaned from the artist’s family collection, have been brought to Malta.

An interesting exhibition of an often-overlooked champion of Maltese mid-century modern­ism, I am delighted to see MUŻA bringing recognition to this artist who so embodies Maltese modernism and thoroughly deserves to take his place within Maltese 20th century art.

Giorgio Preca (1909-1984) ta’ Malta: An International Artist with a Modern Spirit is open until February 27 at MUŻA.

Stay tuned for the next monthly cultural column in February. If you would like to check out what I am up to each month, follow me on Instagram @francis_sultana.