The government has again been slammed over its “lack of commitment” to strengthen the independence of the country’s legal system.

Legal experts have shot down the latest Bill intended to separate the powers of the Office of the Attorney General as recommended by the Council of Europe’s Venice Commission. 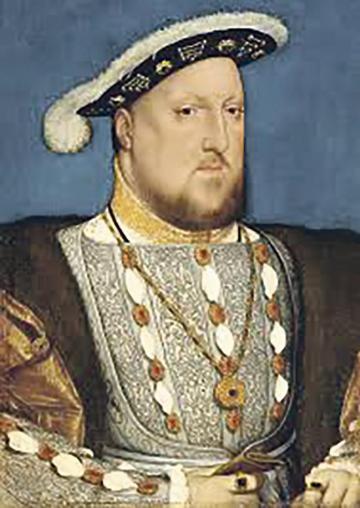 Living in the past: King Henry VIII

Kevin Aquilina, a constitutional expert and the Dean of the Faculty of Law at the University of Malta, described the Bill as “a parody of the Venice Commission report”, saying it leaves much to be desired.

“It is shabbily drafted and has conceptual flaws. It is legislative drafting mediocrity at its best and another example of how legislation should never be drafted,” Dr Aquilina said when contacted.

Last week Dr Aquilina was highly critical of the government’s move to appoint six new members of the judiciary despite a pending lawsuit challenging the selection system over its failure to ensure judicial independence.

Another constitutional expert, who preferred to remain anonymous, said: “The government has once again failed the test as it will still be up to the Prime Minster to appoint both the Attorney General and the State Advocate.”

According to the new Bill, presented to the media last week by Justice Minister Owen Bonnici, the current AG’s dual function – public prosecutor and legal advisor to the government – is to be split by creating the Office of the State Advocate.

However, while the Venice Commission insisted on the independence of the appointees, the Bill still gives the Prime Minister the last word over who should occupy these posts.

Anticipating the criticism expected from international institutions, including the EU, on this draft law, the government’s Bill introduces a so-called Appointments Commission to act as a filter for those applying for the post and which would present a report to the Prime Minister to make his choice.

However, all members of the Appointment Commission will be chosen by the government, raising concerns over influence on the Commission’s decisions.

Experts criticised the government for proposing another two appointment committees, arguing that the selection could easily done by the already established Judicial Appointments Committee whose remit could be extended to include the State Advocate and the Attorney General.

According to Prof. Aquilina another flaw in the Bill is that the principle of separation of powers is breached through the introduction of a ‘Henry VIII clause’ whereby the Justice Minister may amend laws enacted by Parliament by means of delegated legislation (legal notices).

“In Ireland, ‘Henry VIII clauses’ have been outlawed as through these clauses the government usurps the powers of Parliament. Yet our modern and progressive government is still living in the bygone days of King Henry VIII,” Prof. Aquilina said.

Since the notorious king’s time, new legal, democratic and political concepts have evolved but “the Justice Minister is totally oblivious of these developments”.

Through this Bill, the government is also ignoring recommendations by the PN Opposition to at least appoint the Attorney General and the State Advocate on a two-thirds majority in Parliament, instead leaving the appointments up to the Prime Minister.

What are Henry VIII clauses?

‘Henry VIII clauses’ are clauses in a Bill that enable ministers to amend or repeal provisions in an Act of Parliament using secondary legislation, which is subject to varying degrees of parliamentary scrutiny.

The expression is a reference to King Henry VIII’s supposed preference for legislating directly by proclamation rather than through Parliament.