The Philosophy Sharing Foundation has just published the 15th edition of Share magazine, with Claude Mangion, head of the Philosophy Department of the University of Malta, joining its editorial board. 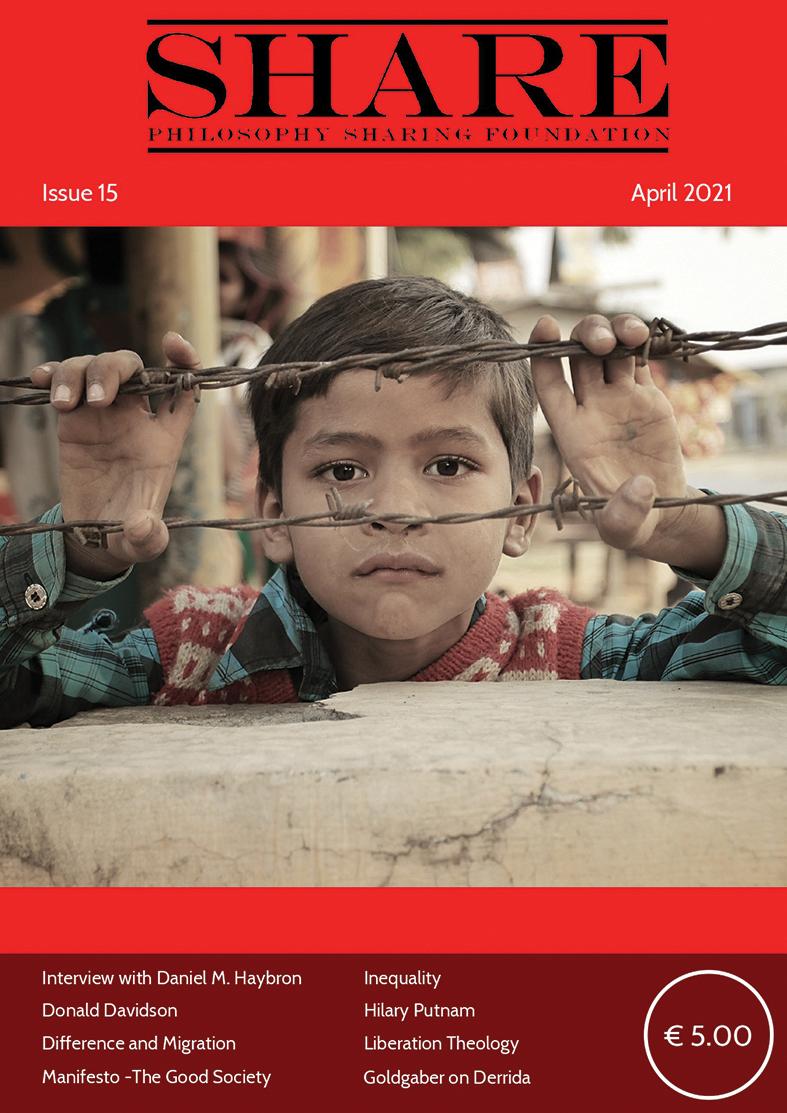 The front cover of the magazine

The main feature is a lively philosophical debate about inequality with contributions from active Maltese social thinkers. The gloomy face of a child behind the barbed wire of a demarcation zone as portrayed on the front cover of this issue epitomises the predominant image of inequality.

On a different note, this issue delves into the subject of happiness through an interview conducted by Ian Rizzo with American philosopher Daniel M. Haybron, professor of philosophy at Saint Louis University.

This issue also deals with two other interesting current topics namely: liberation theology and migration. Editor Valdeli Pereira, who is of Brazilian nationality, tackles the former topic, while Peter Mayo discusses migration through the lens and viewpoint of Italian philosopher Antonio Gramsci.

The magazine also includes a review of a book on Deborah Goldgaber’s publication Speculative Grammatology Deconstruction and New Materialism.

Share magazine concludes with the philosophical manifesto that was launched in the previous edition. In this issue, the manifesto focuses on what type of society can be built to ensure that all citizens can flourish and make a valid contribution to the well-being of society. While acknowledging the inevitabilities of the human condition and the universal human institutions created by civilisation, the manifesto argues for shorter worker hours, a universal basic income and increased citizens’ participation in political decision-making to ensure the highest possible state of self-actualisation by its citizens.

The price of the magazine is €5.