On August 17, Malta and the art community suffered the great loss of an important veteran artist and educator, Ġanni Bonnici.  He will remain known in local art history as undoubtedly a leading sculptor and ceramic artist of the last half a century. He is recognised as an important figurative sculptor in many other foreign countries. His academic background and rigorous studies of the human form in sculpture, championed him as a leader in realistic representation of many significant works found on the islands and overseas.

The artist kept the traditions of the old masters with fresh contemporary narratives. Throughout his entire career, Bonnici’s versatility as a sculptor is shown in many forms, styles and materials. He worked on several busts of different personalities, statues, church decorations, ceramic work and many monuments in Malta and abroad.

Bonnici’s art is undeniably the touchstone of Maltese sculpture of the 21st century. He executed many important monuments in Malta and perhaps his mostly, well-visited and recognised monument is the heroic bronze statue of a female figure holding the Maltese flag representing the Independence of Malta. It is found at Floriana opposite another great work Christ the King (1918), by the great Maltese sculptor of the early 20th century, Antonio Sciortino (1879-1947).  The Independence monument was commissioned in 1989 to celebrate the 25th anniversary of Malta’s Independence.

Bonnici was born in Mosta on September 4, 1932 and is the 13th child of 14 children (nine boys and five girls). His parents were Ġuseppi  Bonnici,  a baker in Mosta, and his mother Vincenza née Sammut, a dedicated housewife. As a young child, Bonnici was sent to a nuns’ school in his native village, in Mosta, in the area known as Fuq il-Ħanqa ta’ Wied il-Għasel.  Later he attended the primary school of the same locality.

His interest in art, especially in drawing, grew when World War II was approaching. The young Bonnici discovered clay during his frequent visits to the fields on the way to Mġarr, a place called It-Torri Falka or as it is better known It-Taflija. He played with clay and started to create his first figurines with this material. In fact he made his first pasturi with the clay he used to get from this place.

Bonnici started to learn about the basics of ceramics when he worked for some time at the ceramic factory of Mrs De Trafford. He worked on the pottery wheel, modelling and glazing. Later, Bonnici mastered the new techniques in the production of ceramics, like making slip and filling the moulds, firing and adjusting the right temperature. This was in 1952 and Bonnici worked at the factory for two years. 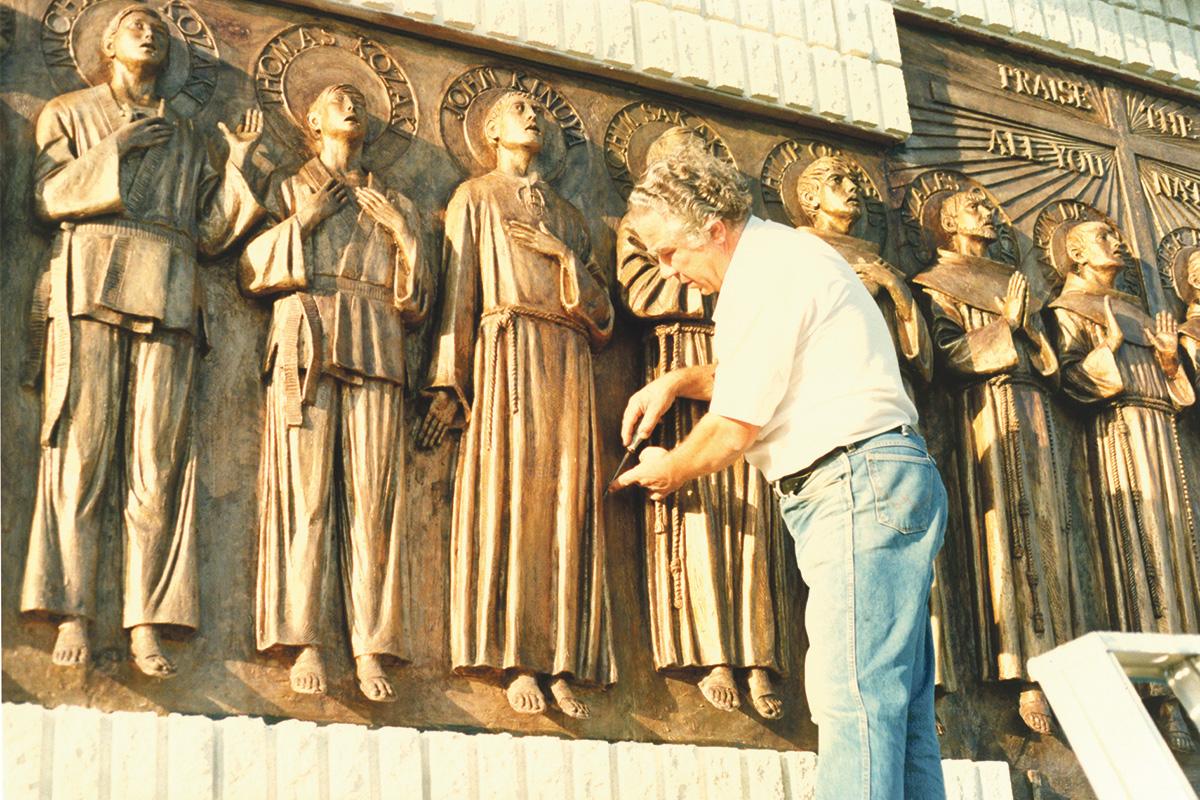 His early style was more oriented to a naturalistic expression

In October of 1945 the war came to an end, and Bonnici started to attend the School of Art in Valletta when he was introduced to Edward Caruana Dingli who was head of school at the time. With the intervention of Vincent Apap, he was accepted to start his first art lessons at the School of Art, even though students were accepted to enrol at the age of 16. Here he followed lessons in sculpture by Antonio Micallef and his assistant Ġorg Borg, and history of art lessons with Karmenu Attard Cassar. 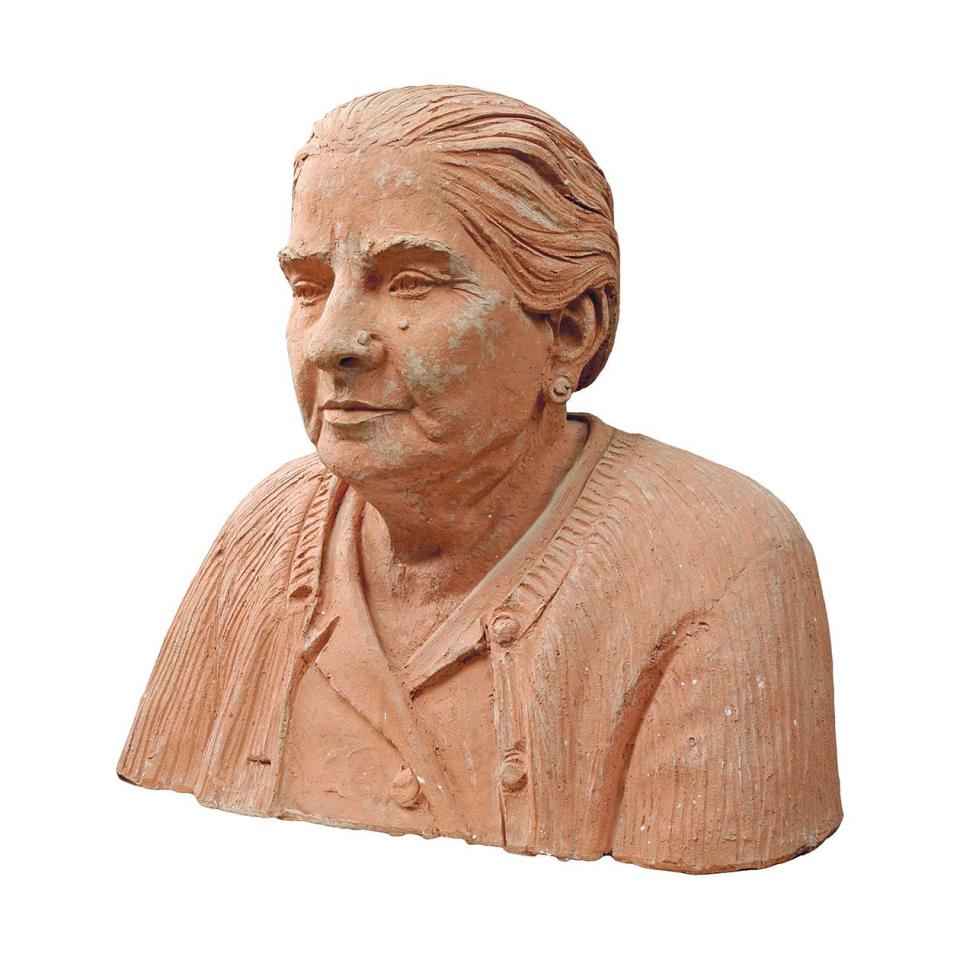 After a long time studying art at the School of Art in Valletta, Bonnici left for the United Kingdom to specialise in ceramics at the Ceramics College at Stoke-on-Trent. In 1954, Bonnici had to leave England and go to Rome for his four-year scholarship to study at the Academy of Fine Arts. In Rome, he studied life drawing and modelling in clay, carving in marble and art history lessons. During this period, the artist had the opportunity to work in the evenings at Vittorio Vittori, a small ceramic factory in Via Merulana. Bonnici also followed courses in ceramics at the Ceramic School in Rome also known as the Istituto Statale d’Arte Ornamentale in Via San Giacomo, at the Scuola d’Arte della Medaglia and the Istituto Statale d’Arte di Roma for ceramics. Bonnici became an expert in the production of ceramics.

As we know, an important facet of Bonnici’s artistic career is ceramic art. He was the first artist who introduced modern ceramic sculpture in Malta and the teaching of ceramics as a subject with the education department. His participation at the Malta International Fair in 1950 marks the first ceramic work exhibited in a collective art exhibition. Bonnici showed a ceramic head, one of his early busts which demonstrates his continuous research and experimentation in ceramics. This head has an aesthetic charm which shows the artist’s skills in portraiture and an outstanding technique in ceramic sculpture. He is considered to be the first Maltese artist at the forefront of modern ceramic sculpture in Malta. 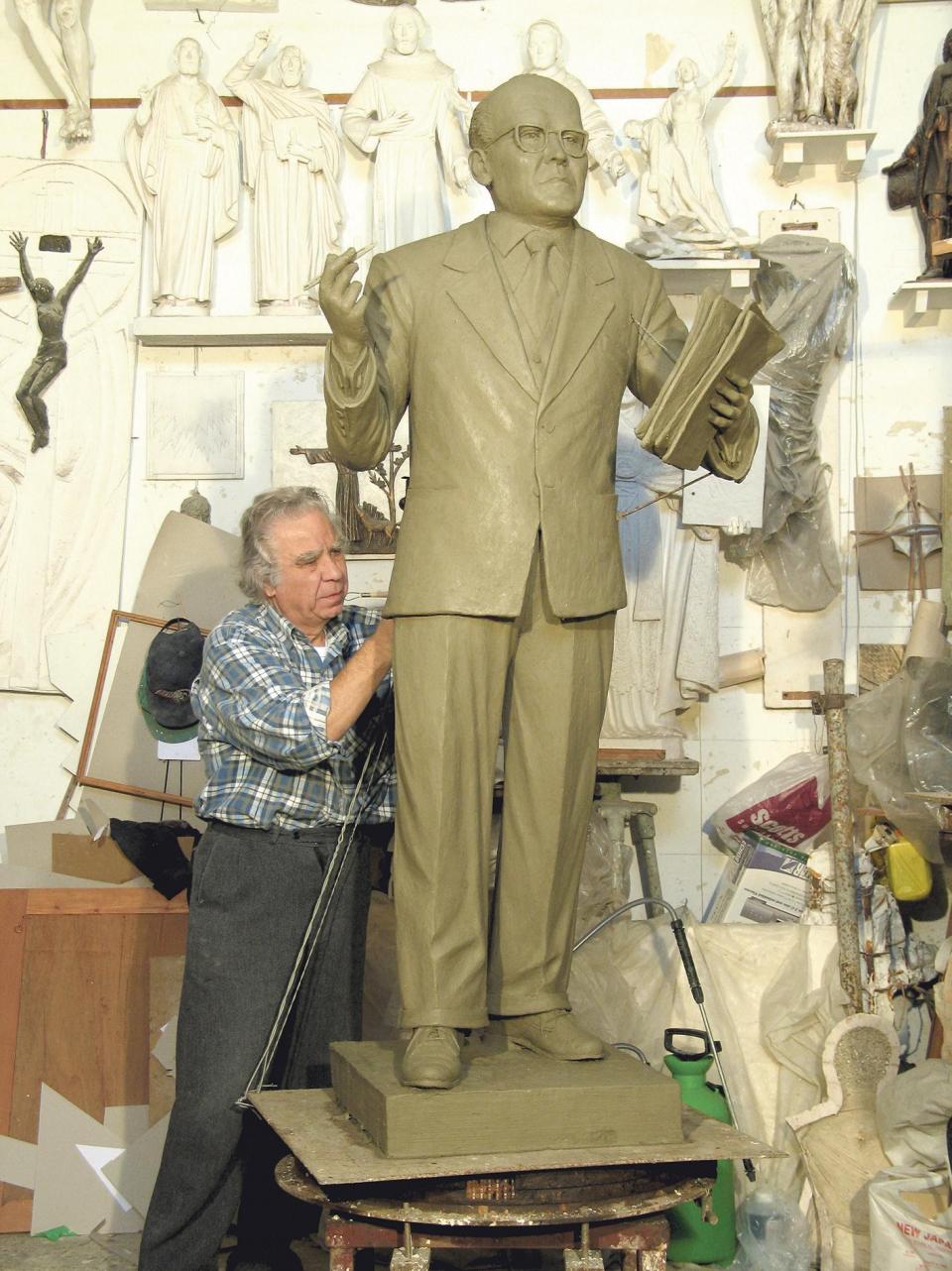 Throughout the years Bonnici executed many other works apart from sculpture of monuments, busts and religious themes. Medal, coin and stamp design were also included in his vast repertoire.

Bonnici is surely one of the best achievers in the field of bust creation. During his early days while studying at the School of Art he quickly established a busy practice as a portrait sculptor and he specialised mostly in plaster, terracotta and marble portrait busts. He executed more than 20 sculptural portraits between 1948 and 1953 before his scholarship in Italy.

After the 1950s Bonnici worked on several busts, mostly of well-known personalities, friends and family members. Just to mention a few, some remarkable busts are those of his father Ġużeppi, Ronnie Abela, Salvu Privitera, Ċensina Ellul, his close friend artist, Ġorġ Fenech, Mario Philip Azzopardi, and many others.

Stylistic transformation of the human body

It is worth mentioning that Bonnici has shown a rigorous and extensive training and practice in modelling the human form. His early style was more oriented to a naturalistic expression. Bonnici’s figures at first had more emphasis on the individual and the concreteness of the body and physical features. Emotion was usually transmitted through the detailed surfaces and interplay of light and shadow. Many good examples of this style were executed from the live model.

As years went by Bonnici continued to explore the boundaries between the academic figuration and a freer style creating a formal language that celebrated the human figure in the simplest representation. Stylistic influence of the great masters like Medardo Rosso (1858-1947) and Auguste Rodin (1840-1917) is highly felt in Bonnici’s sculptures. His latest modernist figurative work has a primitivist appeal and traits of the simplicity of Italian sculptor Giacomo Manzù (1908-1991). The artist worked on several projects which included religious themes and many others related to Maltese life and culture.

Bonnici left a great legacy of works in Malta and abroad and some of his finest are a number of Via Crucis like those at Qormi and Santa Luċija churches and in a church in Canada, the monuments commemorating World War II in Attard, Mosta and Senglea, a number of crucifixes around the island in churches and cemeteries, the ANZAC memorial at Argotti Gardens, and other religious works found in Mellieħa, Burmarrad, St Gregory the Great, and Sliema.

Bonnici was awarded with many honours for his achievements in his entire artistic career. In 2002  he was invested with the MOM (Member of the National Order of Merit) by the government of Malta for his significant contribution to Maltese art.

He leaves to mourn his loss, his wife Pauline, and his two sons, Hermann and Kurt and their families.