Ciwanmerd Kulek learnt Spanish with a rifle in his hand, Turkish because he had no other choice and English because of his literary aspirations. He is, to date, the only writer to have translated something from Spanish into Kurdish, his mother tongue. This master of languages tells Veronica Stivala how keeping diaries helped hone his writing skills. 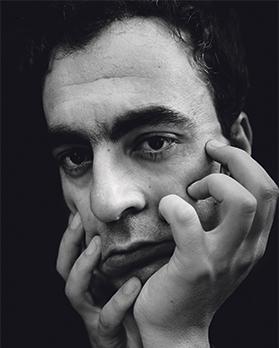 Ciwanmerd Kulek wanted to be a writer only when he came to know what ‘writing’ means. The first book Kulek knew and the only one in his house, was the Quran, always wrapped in a cloth, hanging on the wall. It was in Arabic and he could never read it.

The second kind of books he saw and read were textbooks, which were passed down from one age group to another in his neighbourhood during his schoolboy years since nobody was rich enough to buy the new ones from the bookstores.

But Kulek ran into the sort of books he would like to write relatively late, in his high school years. It was from that time on, he states, that he gave up all his “dreams and childish fantasies of being a hero like a cartoon character or a football player, a singer, a politic activist, and replaced them with the desire of being the creator of those who dream about such things”.

Kulek’s first writing was poetry, although he shifted to the prose and kept diaries during his college days. However, he not only changed the style and genre of his writing, he also changed the language of his writing: “I quit Turkish and began writing in Kurdish. Keeping diaries for many years helped me to get used to my mother language in writing and rediscover it.”

Kulek was born in 1984 in the Kurdish region of Turkey, a village in the southeastern part of the country. He has lived in Bismil, a small town by the river Tigris in the Diyarbakır province, where he works as a teacher of languages.

He graduated from the Foreign Language Teaching Department of the Middle East Technical University in Ankara in 2006. He is the author of three novels in Kurdish, published by the Diyarbakir-based press Wesanên Lîs, Nameyek ji Xwedê re (A Letter To God, 2007), Otobês (The Bus, 2010) Zarokên Ber Çêm (Children By The River, 2012). 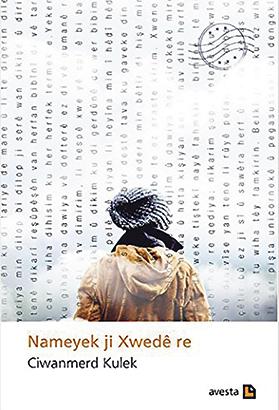 I find it immensely interesting that Kulek is master of so many languages. Kurdish is his native language and this was the only language he spoke until he started school. He now teaches English in state schools. He learnt Turkish because he “had no other choice”, if he were to be able to study. He came to learn English to be able to get a job and one that was to his literary aspirations and helpful for my readings.

He learnt Spanish “with a rifle in [his] hand, on day and night guards, during [his] obligatory military service in Turkey”. Kulek studied in every scarce bit of time he found during that period and always had notes in the pockets of his military camouflage. 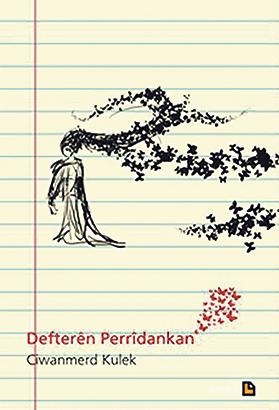 Kulek has translated seven books from seven different authors so far, apparently more than the number of books he has written. Indeed, language is so important to Kulek that he sees the language in which he writes as the medium for his message.

He writes in Kurdish, “which is getting reduced to a smaller and smaller group of people over days for there is no schooling, and never has been, in it in my own homeland. I write in a language in which I have never had a chance to read Dostoyevsky, watch Batman and have parents read my works in it”.

Kulek is poetic in the way he speaks, and the same goes for the way in which he describes his inspiration. “The flame of an image, odour or taste of something, certain words on their own can be the real inspiration,” he says. 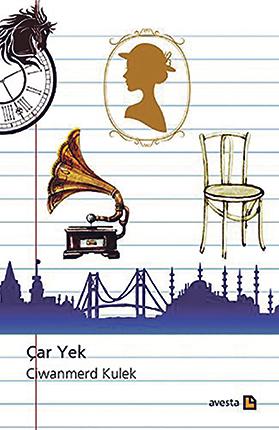 The matter about inspiration is, he admits, however, that you never know for sure where, when and what it can come from. “Sometimes you have only one word, the name of a story, and it is enough to drive and guide you through a long piece. The problem is to know it when it comes.”

When Kulek begins a novel he tries to keep with its aura and be immersed in it as much as possible, so he is keen on writing every day. “But,” he confides, “I can’t always be that strict. There are intervals, distractions, for sure.”

At the upcoming Malta Mediterranean Literature Festival, Kulek will read a chapter from his last novel, Defterên Perrîdankan (Butterfly Books) which was published two years ago. He finds this novel more engaged with the current socio-political situation in his country, despite the fact that it is a love story way more than a political novel.

The 11th edition of the Malta Mediterranean Literature Festival, organised by Inizjamed, will be held from Thursday to August 27, at Fort St Elmo, Valletta.

Twelve writers from eight countries are reading in the festival, which also features Maltese and foreign poetry films, two Maltese jazz bands, a book stall, a book binding stand, drinks and food by Ġugar. Entrance to all events is free.