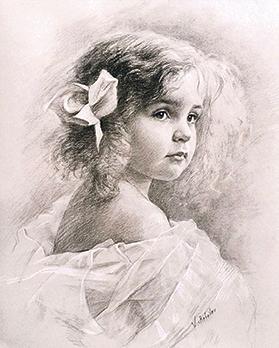 Despite the famous faces that appear in his work, Babailov’s favourite subjects are children.

Looking at the gorgeous Maltese landscape, portrait artist Igor Babailov explains how the artist’s job is that of capturing the beauty that surrounds us.

“If God hands you the brush, it is your duty to try and capture creation on canvas,” says Babailov, who was in Malta in June for presidential and diplomatic events.

A Russian-born American artist, Babailov is known for his commissioned portraits of global leaders, celebrities and distinguished individuals.

He began his formal art education at the tender age of nine, although by then he had already been painting for a couple of years. Whereas the rest of us can barely spell at the age of four, Babailov had already painted his very first portrait.

“It was of a friend of my father at daycare,” Babailov adds smiling.

Although gifted as a young child, the artist asserts that it is important to marry this talent with sustainable schooling. Talent takes root in education.

Mentioning artists such as Valentin Serov and Serov’s student Ilya Repin, both renowned Russian portrait artists, Babailov explains how despite both having very individual styles, what they have in common is their foundation.

Having attained this foundation, receiving his Master of Fine Art degree from the Surikov Academy of Fine Arts at the Moscow School of Painting, one could potentially wonder what motivated Babailov to continue on the almost quaint tradition of portraits in a world that is constantly searching for the new and innovative.

“Portraiture was traditionally very important in the arts. If you go to any museum, probably 90 per cent of the collection would be portraits. In this context, it doesn’t make sense to exclude the portrait as a genre, even in this day and age,” says the painter, adding how nowadays, a lot of people don’t truly appreciate what a portrait entails and very often compare it to photography. 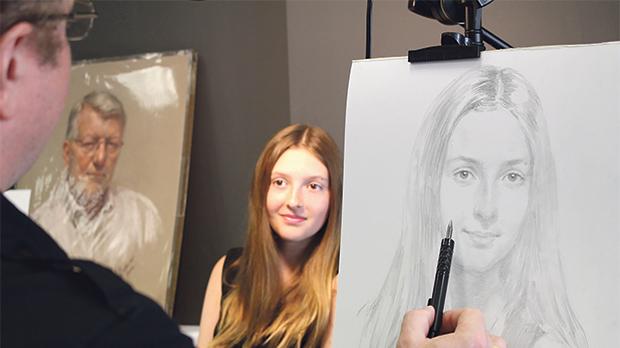 Babailov says that nowadays many people don’t truly appreciate what a portrait entails and very often compare it to photography.

Upon looking at the portrait, Pope Francis touched his heart and looked at me

“While a photograph grabs a second of a lifetime, a portrait captures the essence of the individual.”

Drawing from daily life as an example, Babailov mentions the surprise nearly everyone has felt at some point in their life when they look at a passport photo and question  whether that is actually what they look like.

People tend to rely on a cold machine, dependent on light, angles, shadows and so on, to represent them.

“This, naturally, creates much insecurity. A photograph can never truly represent you, it has no heart and no knowledge,” Babailov continues.

On the other hand, the painter, unlike a camera has the faculty of choice.

“You can select things that are important to represent a particular person. Part of being a portrait painter is to understand this by simply looking at a person carefully and I felt other forms of art do not allow you to capture this essence.”

With this, however, comes great responsibility.

“Years later, people will look at that picture and assume that it’s the most accurate image of that person.” 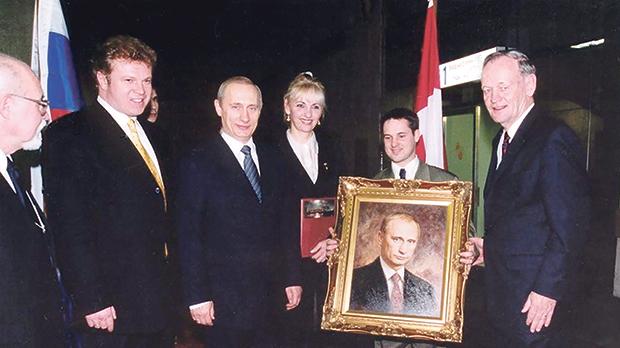 Babailov’s portrait of Russian President Vladimir Putin being presented to him. 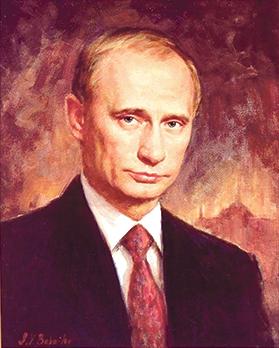 A close-up of the portrait.

Opening up about what it feels like to be in the presence of such remarkable people, Babailov insists that the important thing is not to think of who is in front you and just respect that everyone has their own story and is different and unique.

One recent experience that the artist says he will never forget is with Pope Francis.

“Upon looking at the portrait, Pope Francis touched his heart and looked at me. He doesn’t speak English well but some things don’t need language to be communicated.”

Despite the famous faces that appear in his work, his favourite clients, perhaps speaking volumes to his character, are children.

“Simply observing a child, how they move and hold their hands is astonishing,” he explains.

“A painting of a child is a completely different experience. They are so innocent, they don’t play a game. With adults it’s a constant game and it’s normal like when you take a photo and you choose which angle you’d like to show. With a child there’s nothing of this, they don’t think about these things, they are so natural,” the artist continues.

Babailov’s concern is to capture the differences in all that makes us individuals. In his opinion, an artist’s job is to attempt to capture God’s creation and if the human is God’s best creation, Babailov happily takes on the impossible challenge. 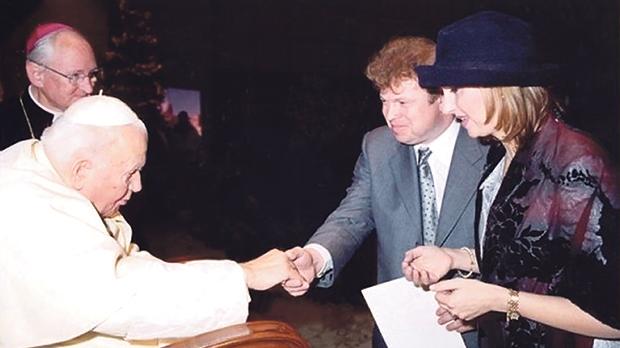