When the bishops released guidelines suggesting that divorced Catholics who enter another relationship may not be denied Communion, many rejoiced. But others were confused. Kurt Sansone meets a parish priest who feels the guidelines are wrong and contradict Church doctrine.

“Confused” is the first word uttered by Fr Joe as he tries to describe his feelings on the bishops’ guidelines dealing with divorced and remarried Catholics.

Joe is not his real name. He is a relatively young parish priest and – concerned over being labelled anti-Pope – asks to remain anonymous when we meet at his home. 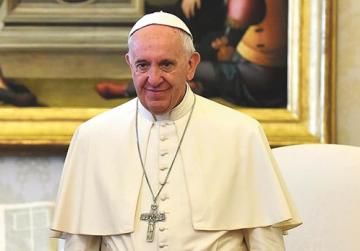 Sipping his espresso from a mug, he speaks of the “hurt” caused by the polarising debate on the guidelines, which has branded priests like him as adversaries of Pope Francis.

Fr Joe believes the bishops’ guidelines have gone beyond what the Pope’s exhortation Amoris Laetitia (The Joy of Love), said about Catholics deemed to be in an irregular family set-up by the Church.

“There are other priests like me who feel confused by what the bishops published but the few who have voiced their concerns were branded traditionalists and depicted as being against the Pope,” he tells me.

The reference is to Gozo Bishop Mario Grech and theologian René Camilleri, who in comments to Church radio RTK and the Times of Malta respectively, suggested that those opposing the guidelines were effectively criticising the Pope.

Fr Joe stops to think as he clutches the mug in front of him. Like all parish priests, he is at the frontline, and since the release of the guidelines has had parishioners asking about their implications.

“A friend of mine who cohabits called me about the guidelines to tell me he could now receive absolution during confession and receive Communion be­cause the Pope and the bishops said so,” he says.

Fr Joe laments the way the guidelines were released to the public without being discussed with priests. But his disagreement is more fundamental: it is of a doctrinal nature.

He says nowhere in the Pope’s exhortation is there a clear instruction that divorced Catholics who have remarried civilly or are cohabi­ting may receive Communion.

Church doctrine until now has always prevented people in these situations from receiving Communion or even acting as godparents at baptisms.

And yet Amoris Laetitia has led to different interpretations be­cause of what some believe is its vague wording. Doubts about the exhortation were expressed by four cardinals last September in a letter to the Pope.

The pontiff has so far ignored the cardinals’ dubia, as they are referred to in Latin. However, Church observers have interpreted the publication of the Maltese bishops’ guidelines in the Vatican’s official organ L’Osservatore Romano as an endorsement by the Pope.

The guidelines state that a divorced Catholic in a new relationship “cannot be precluded from participating in the sacraments of reconciliation and the Eucharist” if, following a process of reflection, they believe they are “at peace with God”.

Fr Joe says Amoris Laetitia has created doubts. “I know this may sound harsh but the exhortation leads to nothing; it does not provide new teachings on how to deal with these sensitive cases. In his encyclicals Familiaris Consortio and Veritatis Splendor, Pope John Paul II had acknowledged the difficulties Catholics in these situations faced but proposed to them living a chaste life with their new partner.”

Fr Joe says the fact that the Pope has not yet addressed the doubts raised by the four cardinals is a clear sign that things are not clear.

“If the Pope has not answered the doubts expressed by four cardinals how can we go out and say these people cannot be denied communion?”

He again stops to reflect. He says priests share the pain that Catholics in complicated situations endure.

Priests must accompany these people and help them find their road through a process of formation, he adds. “I cry with these people, I try and accompany them in their pain and their joy but I cannot give false hope.”

If Church doctrine has not changed, it would be morally wrong to tell these people they can receive the Eucharist, he says.

Again, he pauses for reflection as I point out the emphasis in the guidelines on the need for a discernment process. It is not a free-for-all, with the bishops cautioning against the extremes of rigidity and laissez-faire.

“I know, but what the guidelines are proposing is a paradigm shift because it puts the onus on the individual’s conscience when this was not the case until now,” he says. 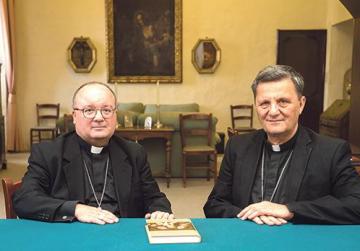 I ask him whether he advocates closing the door to the sacraments for divorced Catholics who remarry.

Fr Joe insists the Church does not close doors but invites people in these situations to refrain from sexual intimacy with their partners.

“We should invite people to live better their lives, not lower the standard to accommodate their wishes… how can we present people with something that is untrue by lowering the moral standard only for them to find out they were in the wrong when they enter eternal life?”

This may sound out-of-this-world for non-believers, but for Catholics, Fr Joe says, the ultimate aim is to be in Heaven.

The question that has to be asked is whether the guidelines help the faithful be closer to God or not, he insists.

“At the level of doctrine I cannot tell people to do something that I believe is morally wrong. I will not condemn them but I cannot take such a decision on my conscience when I know it is wrong,” he says.

His words are heavy and display a sense of unease. He acknowledges his confusion about the matter caused by Amoris Laetitia and the bishops’ guidelines in particular.

What if the Pope were to clarify the doubts and explicitly say that divorced Catholics can receive Communion?

“I will be relieved,” is his immediate answer. “If the Pope, as the successor of Peter, says so I will bow my head and follow suit. But he has not and I find it hard that the Pope could reach that conclusion because Church doctrine does not reflect what people have interpreted from the exhortation.”

On this issue the Maltese Church has been a trailblazer internationally, and the different approach advocated by the bishops is one rooted in mercy. The bishops have also faced a backlash from international conservative groups.

Fr Joe’s thoughts convey the other side of the story, one which I am uneasy with, given its conservative grounding, even if he may not agree with my pigeonholing.

We have been talking for more than two hours and it is almost 8pm. We decide to leave it at that but he invites me for another chat, some other time.

An hour later I receive an SMS. It reads: “Thanks again for listening and all the time you afforded me.”

It is a courteous message that rounds off what was a conversation more than an interview. But it also suggests the bishops will have to do a lot of listening as they deal with the troubled consciences of some of their priests.