The Strings of Fate

A philosophical treatise by Ricky Caruana 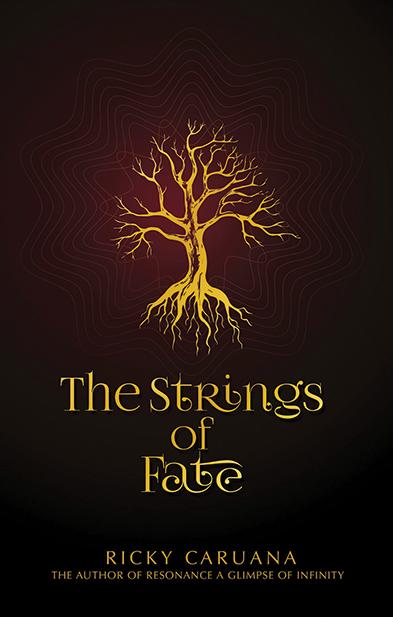 In his amazing book Resonance, also published recently, Ricky Caruana has ventured into various fields shrouded with mysteries and questions that are practically unanswerable, thus attracting readers into another aura of philosophy never before, in my opinion, ventured into.

In Resonance, he has explored what was already known of universal consciousness and all matters relating to form and matter; brain and mind; karma; various religions and beliefs; and other captivating subjects which have interested and baffled the human mind since its creation.

Awesome mysteries and enigmas have remained so, throughout eons of time, and man has never stopped going deeper and deeper in his quest into the unknown, obtaining sporadic, although frequently rational answers to previously unanswerable questions, with bouts of scepticism lurking in the background. But Caruana’s admirable (and courageous) attempts have succeeded in kicking back various misconceptions about life in a general sense, thus creating a highly plausible and credible view of what can be described as a much conceptive form of philosophy.

In The Strings of Fate, Caruana has wandered formidably from the fields relating to the various above-mentioned interesting subjects into a much more delicate field relating to philosophy: the greatest enigma of all: life!

In this book he faces life in a quest that relies mostly on the inner self and spirituality in their most noble forms, particu­larly meditation. His vivid conversations with life exude a delicious aroma of serenity as he indefatigably asks questions to which he has sought answers since his childhood. He feels happy with the answers that life eventually gives him, and is even happier to pass on the answers to humanity.

He relishes the joy of solitude, contemplation and meditation, as mysticism enraptures him and drives him into an atmosphere of an entrancing metaphysical aura.

Caruana has once again regaled philosophy with new concepts that, in my opinion, have become less intrinsic to the mind and much attainable in the dramatic link between God and man, and a more understandable idea of what creation and creatures are all about; and what fate actually is, intrinsically linked as it is to each and every one of us, from the farthest star in the galaxy to the tiniest speck of dust that is blown away with the wind.

The Strings of Fate is one of the finalists of the National Book Prize for 2021.