In the time of St John Baptist De La Salle (1651-1719), there was no code that legislated on the nature, extent or characteristics of the teacher-student educational relationship, with the result that each teacher created and imposed his own rules. In this context, then, it is surprising that De La Salle, far ahead of his time in this, had developed a theory and a pedagogical praxis in which the emphasis was placed precisely in the relationship between teacher and student.

According to De La Salle, the Christian teacher, through his vocation, had to be conscious of the fact that his whole life would be dedicated to the children who were in front of him. He saw Christian education almost as a daily and silent liturgical act of self-sacrifice for the spiritual well-being of the “children of the working-class and the poor”.

When one studies illustrations related to schools and to teachers of the 16th and 17th centuries, one never ceases to be surprised at the very frequent sight of some means of punishment either in the hands of the teacher, or very near to him. Consequently, it was a real educational revolution that De La Salle proposed in indicating, with striking clarity, that: “...silence, circumspection and the vigilance of the teacher, rather than harshness and beatings, are what establish good order in a class”.

In consequence, the primary attitude that De La Salle demanded of the teachers in their relations with the poor children before them was respect. Contrary to the general idea that the child was a second-class citizen, having duties but no rights, De La Salle affirmed that “children are gifted with reason and must not be corrected as animals. They must be reprimanded and corrected with justice”. In the face of the titles of nobility held by the mighty of the earth, De La Salle asserted that these poor children were noble by their baptism.

“Your first duty to your pupils is that of edification and good example,” he stared. In Christian educational circles in his time, there was much insistence on the importance of the “model”. This led De La Salle to insist that “those charged with directing souls must possess virtue beyond the normal which will serve as an example to others”.

The teacher who does not know his pupils is open to all sorts of errors and this was a fact on which De La Salle placed great insistence, saying that: “One of the principal concerns of those dedicated to instructing others is to succeed in getting to know them and to understand the way in which each of them acts.” In order to achieve this prerequisite of personal knowledge of each pupil, De La Salle established a methodology in the form of a register, which constituted a reliable databank of personal information which followed the pupil throughout the educational process.

This information concerned such things as family circumstances; previous schooling; progress in the school since admission; the principal elements of his character; temporary absences and their causes; and even behaviour outside of school. What is striking here is the surprising ‘modernity’ of these criteria. 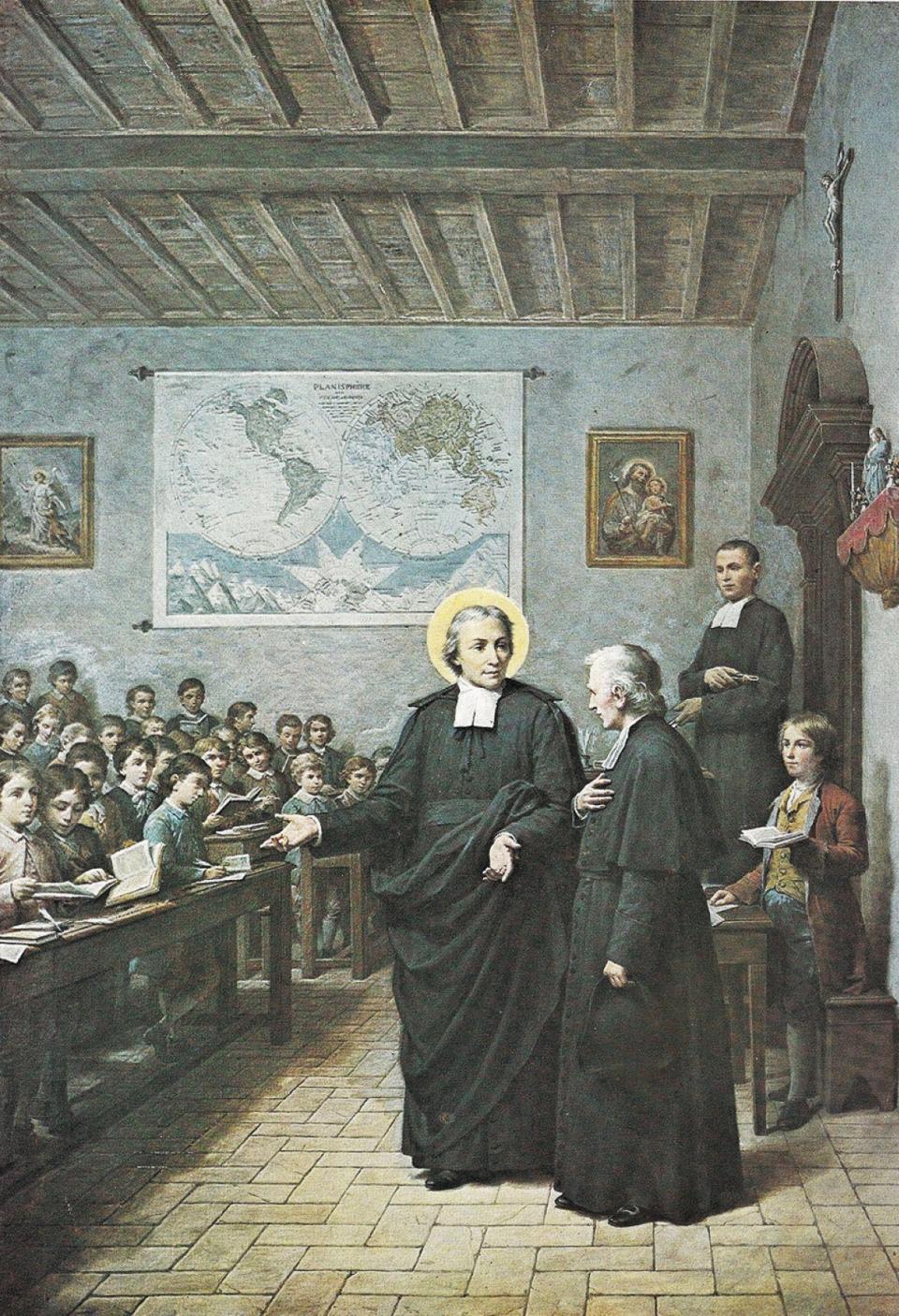 St John Baptist De La Salle, founder of the Institute of the Brothers of the Christian Schools, patron of all teachers.

One of De La Salle’s greatest educational innovations consisted in replacing the general atmosphere of fear that prevailed in the elementary schools of his time with an environment of acceptance, tenderness and love. From the outset, he recognised that respecting and knowing the child was not enough – to transform the child required that the child be surrounded by a climate of tenderness. “You have to teach these destitute children daily. Love them with tenderness, following the example of Jesus Christ in this,” he said.

When one speaks of the educational relationship envisaged by De La Salle, there is one essential reference – his Meditation on the Good Shepherd – where he gives a masterly description of the attitudes of both. De La Salle highlights the fact that “the sheep must know the shepherd” and that when he devotes himself to the sheep, the result is that “…it arouses in them love of the shepherd, creating a sense of pleasure in being in his company since they find rest and relief in it…”.

De La Salle also hoped that “the sheep would listen to the shepherd and understand him because his instructions were consistent with their capacities”. “To take pleasure in his company,” is certainly a felicitous expression which appropriately reflects the effect of the moral and affective proximity between teacher and student which alone makes possible a productive educational dialogue.