Cardinal George Pell’s recent downfall draws our attention once again to the scourge of sexual abuse at the highest levels in the Church. It also reminds us of the high-profile case of Cardinal Theodore McCarrick and makes us reflect on the situation facing the Church and society. 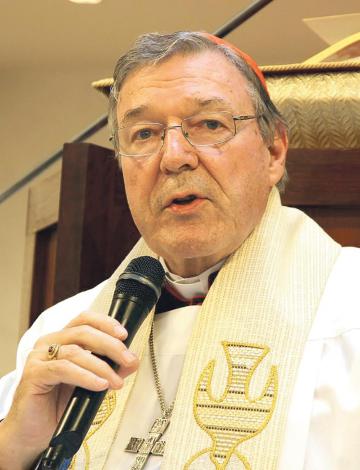 Cardinal George Pell’s conviction was based on the word of one witness. This raises many questions, including about public opinion’s capacity for reason and elementary fairness. Photo: Kerry Myers – www.flickr.com

One thing is certain. The two cases are not the same. McCarrick was a predatory homosexual, and despite repeated misgivings about his personal life being reported, he skilfully built up a network of power, patronage and influence reaching the top of the Catholic US hierarchy. His dismissal by Pope Francis last February was a welcome step in the right direction. Hopefully his web of wrongdoings and the reasons why the Church failed to prevent and swiftly discipline his grave misbehaviour will eventually be brought to light.

However, while failure to nip abusive behaviour in the bud is distressing, it is equally, if not more so, when false accusations are allowed to tarnish, discredit and destroy worthy men. It is, therefore, profoundly unjust for anyone accused not to be able to defend his innocence. Due to the gravity of sexual abuse, it may be justified for the accused to be temporarily suspended until his name is cleared or the accusation is substantiated. But when the accusation is highly dubious or unfounded, it is important to defend and restore the reputation of the accused.

It is in this light that Cardinal Pell’s conviction raises many questions. He was a hate figure for his courageous stand on numerous issues including his vigorous investigation into mismanagement of Vatican finances.

Following the court proceedings, John Silvester, the revered crime reporter of the Sydney Morning Herald, said: “It is rare to run a case on the word of one witness, let alone gain a conviction.” Bianca Hall of the Age, a newspaper unsympathetic to the cardinal, said that “several criminal lawyers were ‘astonished’ at the conviction”. Tellingly, Hall added that one of the two alleged victims, who died several years ago, “had denied anything had happened to him as a young choirboy when he was asked by his mother”.

On February 27, George Weigel, a respected authority on the Church, wrote an article in First Things denouncing the perverse verdict, stating: “No one doubts that the Catholic Church in Australia was terribly negligent in dealing with clerical sexual abuse for decades. No one who actually knows the history of Catholic reform in Australia can doubt that the man who turned that pattern of denial and cover-up around was George Pell – who also had the honesty and courage to apply the stringent standards he imposed on others accused of abuse to himself.

“If Pell is made the scapegoat for the very failures he worked hard to correct, the gravest question must be raised about Australian public opinion’s capacity for reason and elementary fairness – and about the blood lust of an aggressively secular media, determined to settle political and ecclesiastical scores with one of the country’s most internationally prominent citizens, who dared to challenge ‘progressive’ shibboleths on everything ranging from the interpretation of Vatican II to abortion, climate change, and the war against jihadism.”

The travesty of justice in his conviction has brought the Australian legal system into disrepute. The anti-Catholic hysteria unleashed in Australia draws parallels with the anti-Semitic climate that gripped Nazi Germany and led to the mockery of justice meted out against Jews in German courts. This scandalous reality was brilliantly and vividly portrayed in the cinematic masterpiece Justice at Nuremburg.

In the past, we had a situation where sexual misbehaviour was covered up and gravely mishandled. Today, we live in a situation whereby any accuser is immediately termed a sex abuse victim even if there is no evidence to support the claims. Worse still, unsubstantiated accusations are bandied about many, many years later, so there is little hope of fairly analysing the accused’s reputation.

In today’s virulently hostile anti-Catholic climate it takes maximum ability and responsibility to root out the evil of sexual abuse fairly and yet defend against false accusations.  Despite the great difficulty, it is of paramount importance that zero tolerance on both abuse and slander are equally and rigorously pursued.