With five dead, this morning's aircraft crash in Luqa is the worst aviation disaster in Malta for more than 40 years.

The last time an aviation accident led to that many casualties was in 1975, when a Royal Air Force Vulcan bomber crashed in Żabbar, killing all five crew members as well as a civilian who was hit by a piece of aircraft debris while walking on the town's main road. 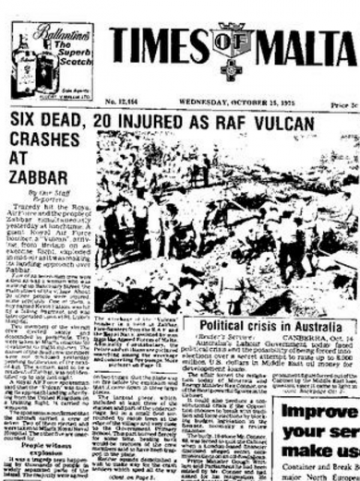 More recently, in 2006 a Swedish aerobatics champion died when his stunt plane collided with another plane at the entrance to Marsamxett harbour during the Aero Grand Prix.

December, 1995: Five Maltese die when a Piper Lance plane on its way from Tunis crashes into the Mediterranean.

June, 1982: A light aircraft crashes into part of the Tal-Virtu' seminary, killing two people on board.