The Planning Authority is on Thursday expected to decide whether to grant permission for the db Group’s proposed 38-storey tower and 17-storey hotel at the Institute of Tourism Studies (ITS) site in St George’s Bay.

But with lingering policy questions and a nearly unprecedented groundswell of opposition, the outcome remains in the balance. More than 4,000 people have submitted objections to the PA – the largest number for any planning application ever considered – and hundreds of Pembroke residents have attended protests supported by environmental groups, local councils and even the Church Environment Commission.

The Planning Directorate has nevertheless recommended the case for approval, concluding that the project is in line with all relevant policies and would create a “landmark building” in the area.

This clears a major hurdle for the development – the PA board very rarely votes against applications with positive recommendations – but there are still reasons to believe it is not necessarily open-and-shut.

Tall buildings are by default and design unequivocally conspicuous

Arguably the most comparable application in terms of scale and social impact, the 38-storey Townsquare application in Tigné was approved by just a single vote when it came before the board in 2016, and it may also be on the board’s mind on Thursday that the decision was subsequently overturned at appeal.

Although the flaws – primarily inadequate studies – that led to Townsquare being overturned do not seem to be at play in the case of the Pembroke tower, many other significant issues will undoubtedly be on the table at what is likely to be a contentious hearing on Thursday.

Where the battle will be won and lost

Arguably the biggest issue with the project is the scale, which objectors say is excessive and incompatible with the residential, low-rise surroundings, and which environmental studies concluded would have “highly adverse” effects on all the viewpoints analysed, both near and far.

The developers have made only minor concessions, knocking eight metres off the height of the tower and removing a floor from the hotel building.

But the Planning Directorate sidestepped the issue in its report, stating only: “Tall buildings are by default and design unequivocally conspicuous. As confirmed by ERA, the impacts on the visual amenity and landscape were a known concern from the outset.”

Shadowing is another major concern given the proximity of the residential area: models for different times of the day and the year have projected vast shadowed areas below the tower, with nearby houses suffering most in winter during the early and late hours of the day.

The Floor Area Ratio Policy, which governs high-rise developments, specifically states that the buildings’ design and location must seek to reduce overshadowing, and the developers say they’ve reduced the height and mass to mitigate the issue, as well as increased the distance between hotel and tower by 10 metres.

However, other questions regarding the project’s adherence to the high-rise policy have been raised despite the Planning Directorate’s assurances of compliance.

The St Julian’s local council, for example, highlighted the high ground on which the project is built, seemingly against the policy’s insistence on areas that are not “visually prominent”, although the Planning Directorate concluded that it was below the 25-metre contour set by the policy.

Also highlighted has been the policy’s requirement that tall buildings be located away from residential priority areas, where they are “naturally alien”.

Meanwhile, the Pembroke local council in particular has been vocal on the issue of traffic generation. Transport authorities have only given their go-ahead on the basis of a planned new tunnel to manage traffic, but this tunnel would have to be dealt with in a separate planning application, and there are fears that the new tower and hotel could be up and running before it is complete.

Finally, it is likely that the continued absence of a long-awaited master plan for the broader area will rear its head in discussions. As it has done many times in the past, the Environment and Resources Authority (ERA) warned that the absence of “a clear plan-level picture of the development capacity” of the area meant any assessment of the project would have “important limitations vis-a-vis proper evaluation of the actual cumulative impacts in the densely developed area”. 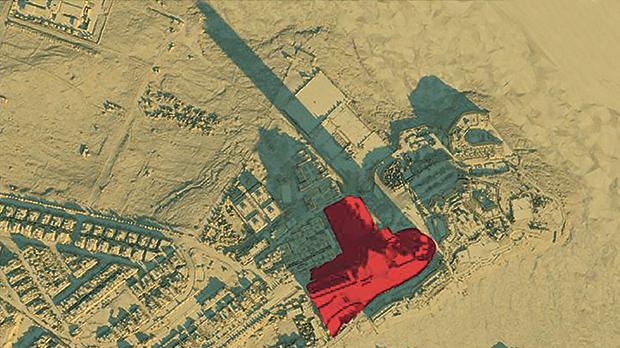 Model of project’s shadows on December 21 at 10am.

How the vote may play out

Pembroke’s Labour Party mayor Dean Hili, who will have a seat on the board on behalf of the local council, has announced he will be voting against the project on Thursday, citing concerns over the visual impact, the lack of cumulative assessment, traffic generation and other issues.

But the mayor’s vote will be only one of 14, assuming full attendance, and there is very little to indicate which way the rest of the members will swing. Most have in the past shown a tight adherence to the Planning Directorate’s recommendations and a strong reluctance to outright refuse developments in all but the most extreme of cases.

Significant could be the votes of board chairman Vince Cassar, ERA chairman Victor Axiak and NGO representative Annick Bonello, all of whom have shown greater readiness to buck the trend in the past.

Mr Cassar and Ms Bonello voted against the Townsquare development in 2016 while Prof. Axiak was absent but indicated his opposition in a written memo.

The votes of government representative Clayton Bartolo and Opposition representative Marthese Portelli may also be in the balance. Neither was on the board in 2016, when their predecessors split down party lines: the government’s representative voted in favour while his Opposition counterpart voted against despite his party’s lack of a clear position ahead of the vote.

This time round, both PL and PN have steered away from adopting a position at party level. PN MPs attended Pembroke residents’ protests and Dr Portelli expressed doubts, before the publication of the latest reports, about the project’s adherence with planning policy, but party leader Adrian Delia has said only that the project “must fall within the rules”.

Prime Minister Joseph Muscat, meanwhile, has spoken of the need for a “sensible” approach to the development. But his government has already transferred the land on which the project would be built.