Franco Navarro’s fifth solo exhibition is a series of paintings and drawings under the title of Act Aeon. The images on display take their cues from ancient Greek and Roman myths but, time and again, Navarro gives his source material his own personal twist.

The artist is no stranger to the allure of the ancient myth. He is often drawn to the eternal wisdom embedded in these stories and employs this to spark his ideas and, hopefully, that of his audience.

This collection has, however, a very particular purpose in mind. Navarro sees these myths as morality tales and here he picks the ones that tell of the dire consequences incurred when humans meddle irreverently with earth and nature.

This was a subject that troubled the ancient Greeks to the extent that they voiced their apprehension in myths. It is a subject that should trouble us too, considering our callous and inconsiderate relationship with Mother Earth. 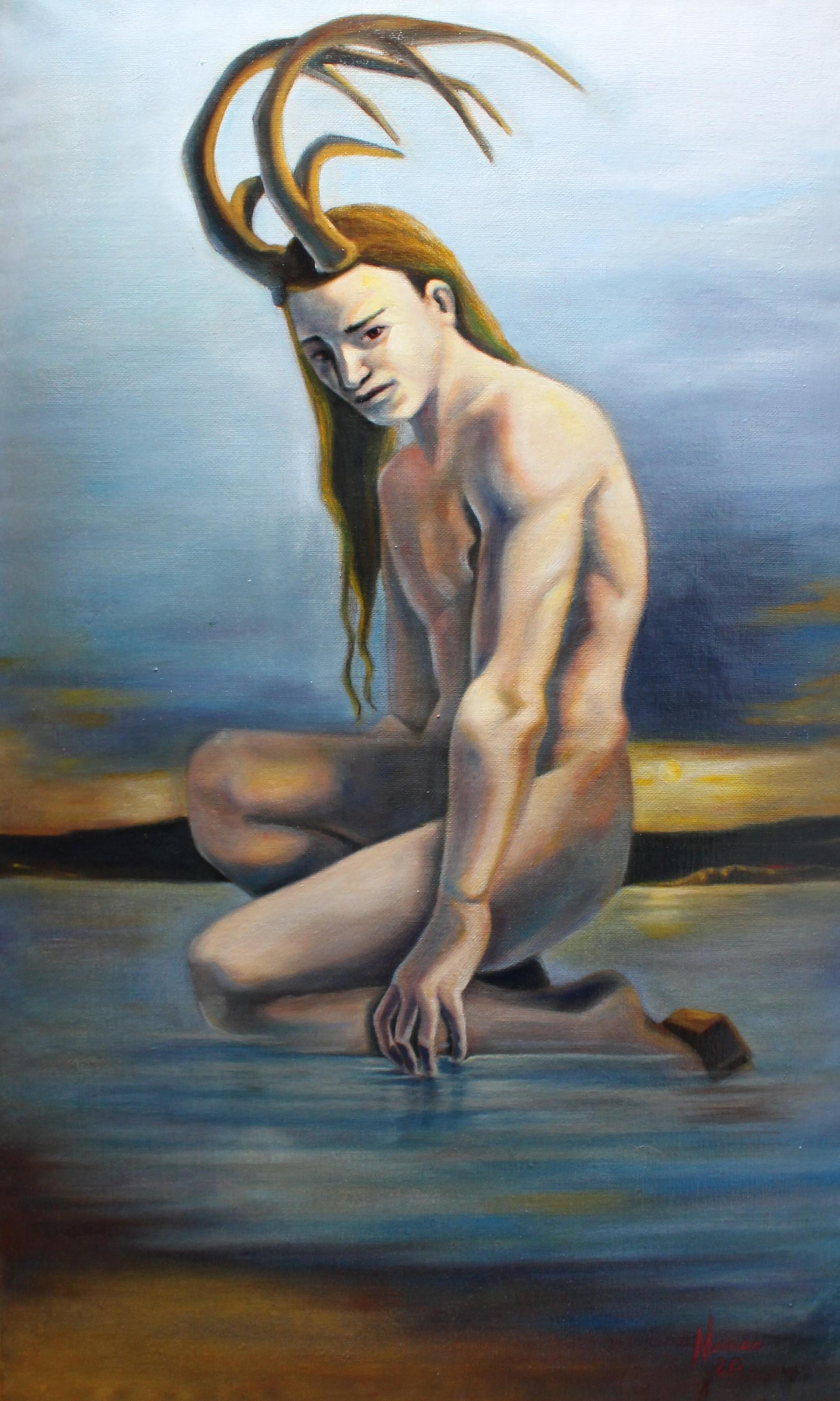 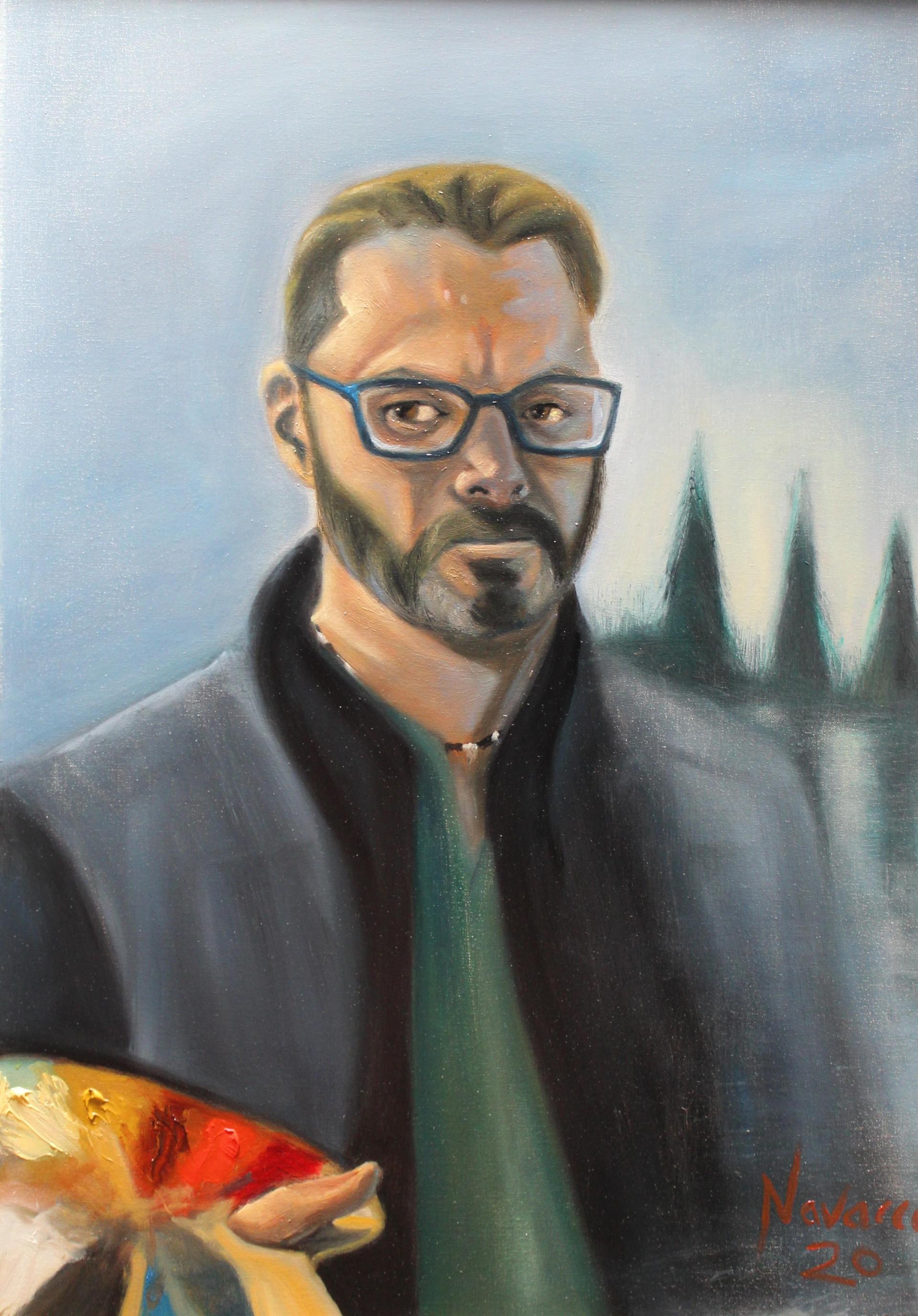 In My Head − Self Portrait 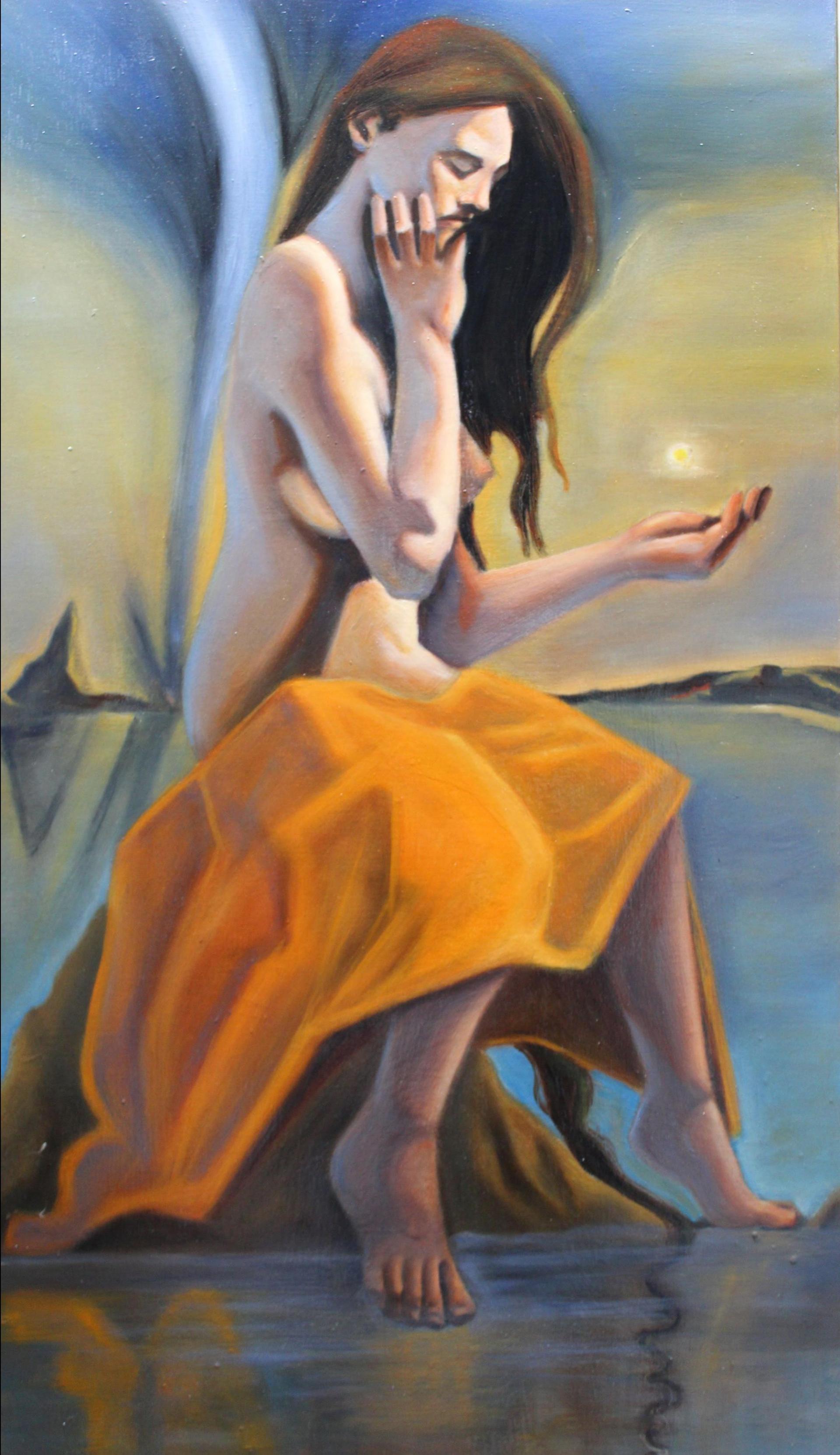 Most of the mythical characters that people Navarro’s images revolve around the Roman goddess Diana, whose characteristics are almost one with her Greek counterpart, Artemis. Among other things she was considered as the goddess of childbirth and the moon.

In Navarro’s reimagining, she comes to symbolise nature itself. Reflecting upon this tradition, he delves wholeheartedly in those stories that tell of gods, demigods and humans who knowingly or unknowingly disturbed Diana/nature and about the retribution that was meted out to them as a consequence of their actions.

Sipriotes, Actaeon and Orion, all playing leading roles here, met terrible ends due to their meddling with or falling in love with Diana.

The punishment exacted upon Actaeon, to whom this exhibition is dedicated, was particularly gruesome. Various versions exist about Actaeon’s fatal transgression. He might have never really wanted to peek at the chaste Diana bathing naked in a stream of water along with her nymphs. But he chanced upon her while hunting and that stolen glimpse was to cost him dearly. In her wrath, Diana turned him into a dappled stag and, soon, his own hunting dogs, who failed to recognise their altered master, brutally slaughtered him. 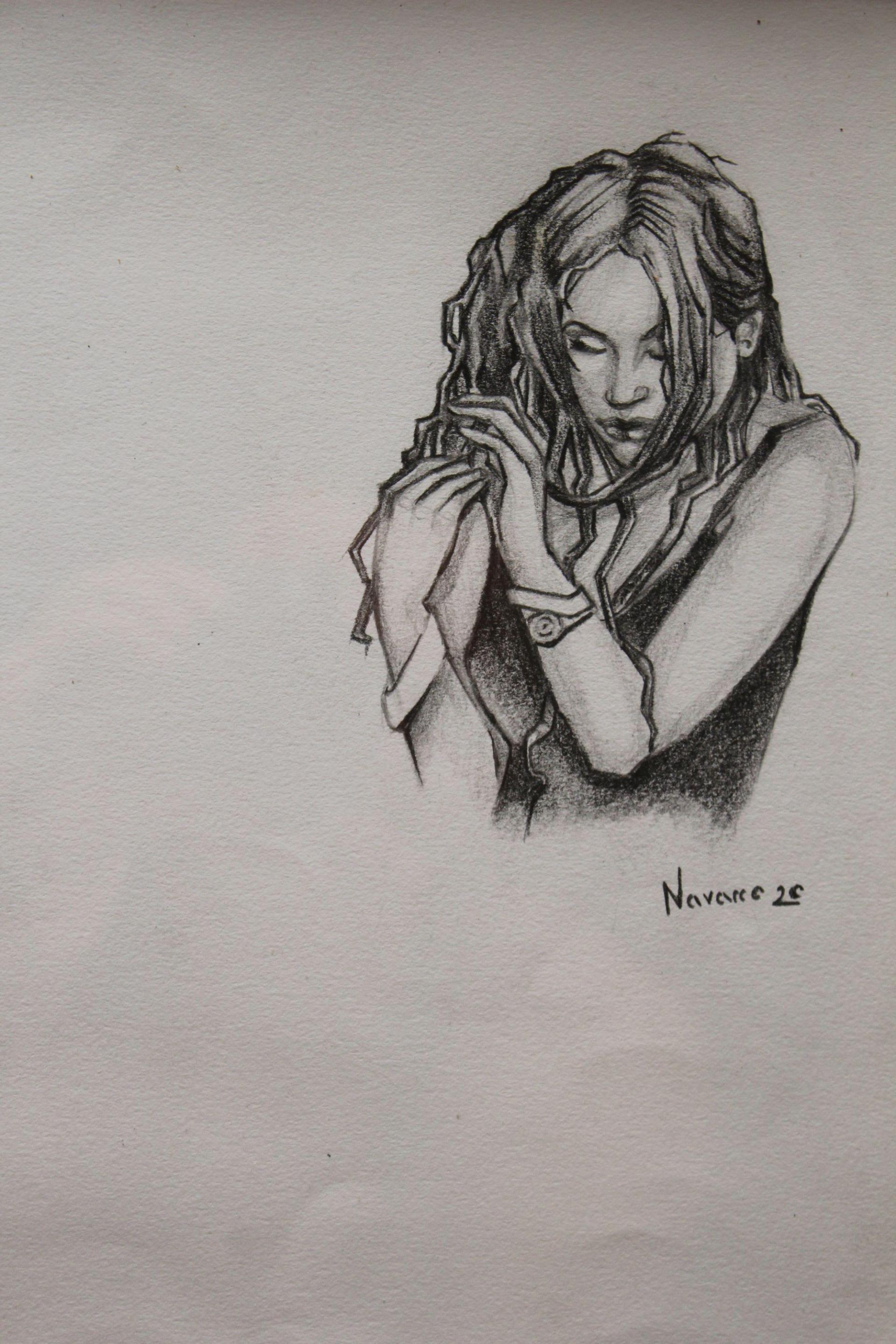 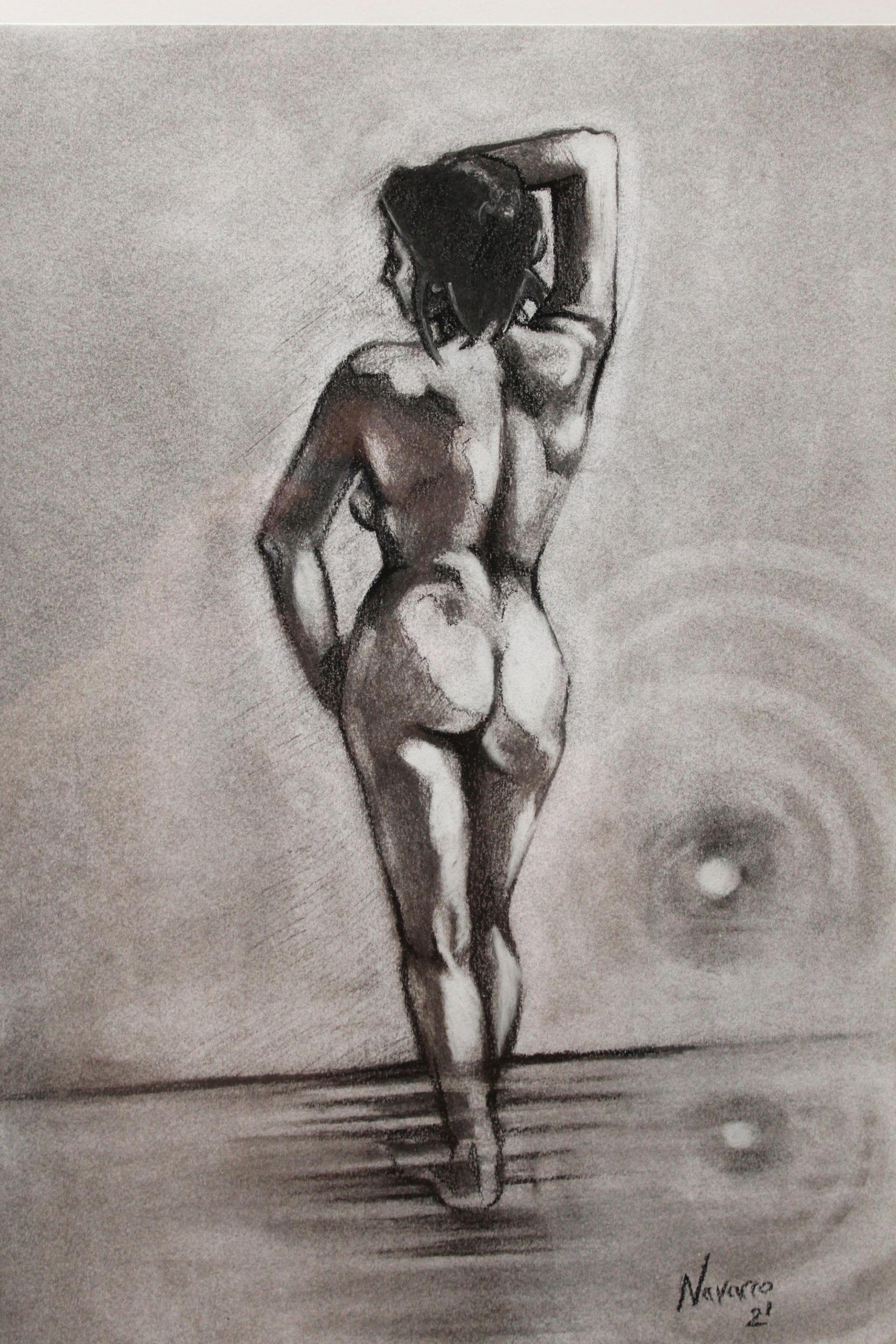 Titian perhaps gave us the most memorable image of the surprised Actaeon in his Poesies series. His image is full of sexual undertones directly inspired by Ovid’s retelling of the story in his Metamorphoses.

Navarro, like any other visual artist, is intent upon producing an interesting image but, ultimately, his aim is to drive the point that nature fares better when left well alone.

The two specific targets this collection of images aims to reach are to dazzle the senses and to intrigue the mind.

Act Aeon, hosted by the Malta Postal Museum in Archbishop Street, Valletta, and curated by Christian Attard, is on until December 3. Opening hours are from 10am to 4pm on weekdays and from 10am till 2pm on Sundays. COVID-19 restrictions apply.