Teatru Malta’s aim at offering an alternative kind of theatrical experience has once again been confirmed in their ambitious and successful production for ŻiguŻajg 2019 – a Maltese translation of Anthony Burgess’s A Clockwork Orange – Larinġa Mekkanika.

Translated by Wayne Flask and directed by Sean Buhagiar, this new performance format for young people aged 14+, was intended to a teaching theatrical experience, with, as described to me by the director, has a much longer Brechtian introduction to the piece as a means of explaining the events and implications to a less mature audience than the one present at the premiere.

Alex and his droogs are played by Jamie Cardona (Alex), Ben Abela (Georgie), Monique Dimech Genuis (Kim) and Stephen Mintoff (Pete) – all four young actors have a very solid amount of experience under their belts and executed their roles exceptionally well.

Dynamic timing in certain choreographed movements and chants – the play is based on Burgess’s own script and score for the ‘play with music’ version of A Clockwork Orange – was very well done.

I did find, however, that the sound at the start of the piece was rather weakly balanced, making intelligibility in their rap-like, drug-induced chants hard to follow.

With a very workable set by Romualdo Moretti and lighting design by Late Interactive, the visuals were set to appeal to a tech-minded audience and the onstage real time filming during certain scenes used in projections was most effective. 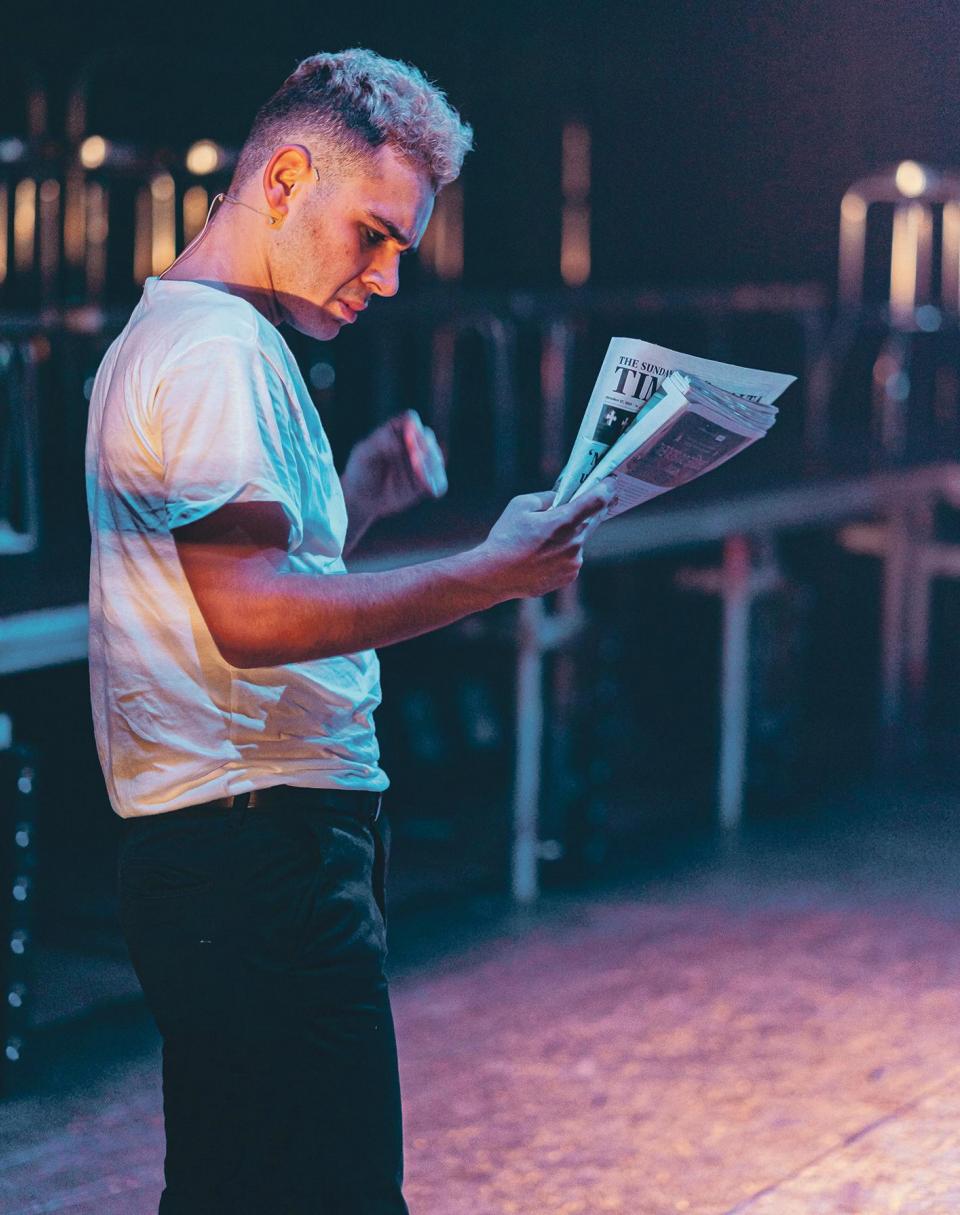 Fight choreography was in the hands of Stephen Oliver – making for some very intense scenes, where ‘ultra-violence’ was exposed as raw, irrational and hateful.

Cardona’s Alex was strong enough in his interpretation to incite distaste and pity in equal measure. What the play, like the novel, is meant to show, of course, is that taking away an individual’s free will to choose right from wrong and vice versa, is as heinous and evil as the acts it purports to eradicate.

Abela, Dimech Genuis and Mintoff all gave very admirable supporting performances as his gang but they equally managed to hold their other roles well. This character doubling was incredibly well-matched by that of the four veteran actors who completed the cast.

Mikhail Basmadjian was, as expected, powerful in his delivery and strong on characterisation. I did enjoy Paul Portelli’s very nuanced interpretation of F. Alexander, a traumatised victim of the droogs’ violence and author of the book, A Clockwork Orange, as a metafictional device in the plot.

Charlotte Grech and Isabel Warrington, who also designed the costumes, completed the cast and added their experience and weight to the production.

There was a cleanliness about the production’s execution which has become synonymous with Buhagiar’s directing style. Certainly, his casting choices reflect a sensitivity to finding the appropriate fit for the characters he has in mind.

A Clockwork Orange is by no means an easy read and the stage adaptation augments this by adding visuals and directorial interpretation. However, it also facilitates the necessary understanding that free will is an essential aspect of our very flawed, but very genuine, humanity.

Larinġa Mekkanika was a fast-paced, intense adaptation which was faithful to Burgess’s vision and final message.

It was the ideal show for young adult audiences at ŻiguŻajg this year.