The family of the first person in Malta to die while positive with COVID-19 a year ago has appealed for the public to continue to follow lockdown rules.

Ġorġa Zammit died on 8 April 2020 at Gozo General Hospital at a time when most people were isolating at home, shops were closed and borders shut.

Since then, there have been 400 more deaths and the country is back in a state of semi-lockdown, with measures due to be eased slowly from next week.

Ġorġa's daughter, Josette said she could understand people's frustration with what "feels like a never-ending saga" but urged the public to be patient.

"Hundreds more families in Malta have gone through what my family went through which is quite sad and heart breaking," she told Times of Malta on the anniversary of her mother's death.

"Hopefully with the vaccine, there will be much fewer deaths. But we have to adhere to the guidelines issued by the health authorities so that we will go back to the life we knew pre-covid, even though it is going to be difficult and will take more time."

She said that the family's hopes to mark the anniversary with a Mass have been scuppered due to the semi-lockdown, which only allows church services from next week.

Josette and her sister Marthese Caruana had admitted their 92-year-old mother to Gozo General Hospital in April 2019 for full-time care for dementia, rheumatoid arthritis and other conditions.

Gorga with her late husband, Joseph, and their daughter Josette.

After the move to hospital, the sisters visited every day – until March 11 when measures came in to protect vulnerable people from contracting coronavirus. From that day on, they phoned her every day and had the occasional video call with the help of hospital staff.

It was a Monday morning when Josette called her as usual and realised something was not right. Later that day, her sister was told their mother had little time left and they rushed to hospital. 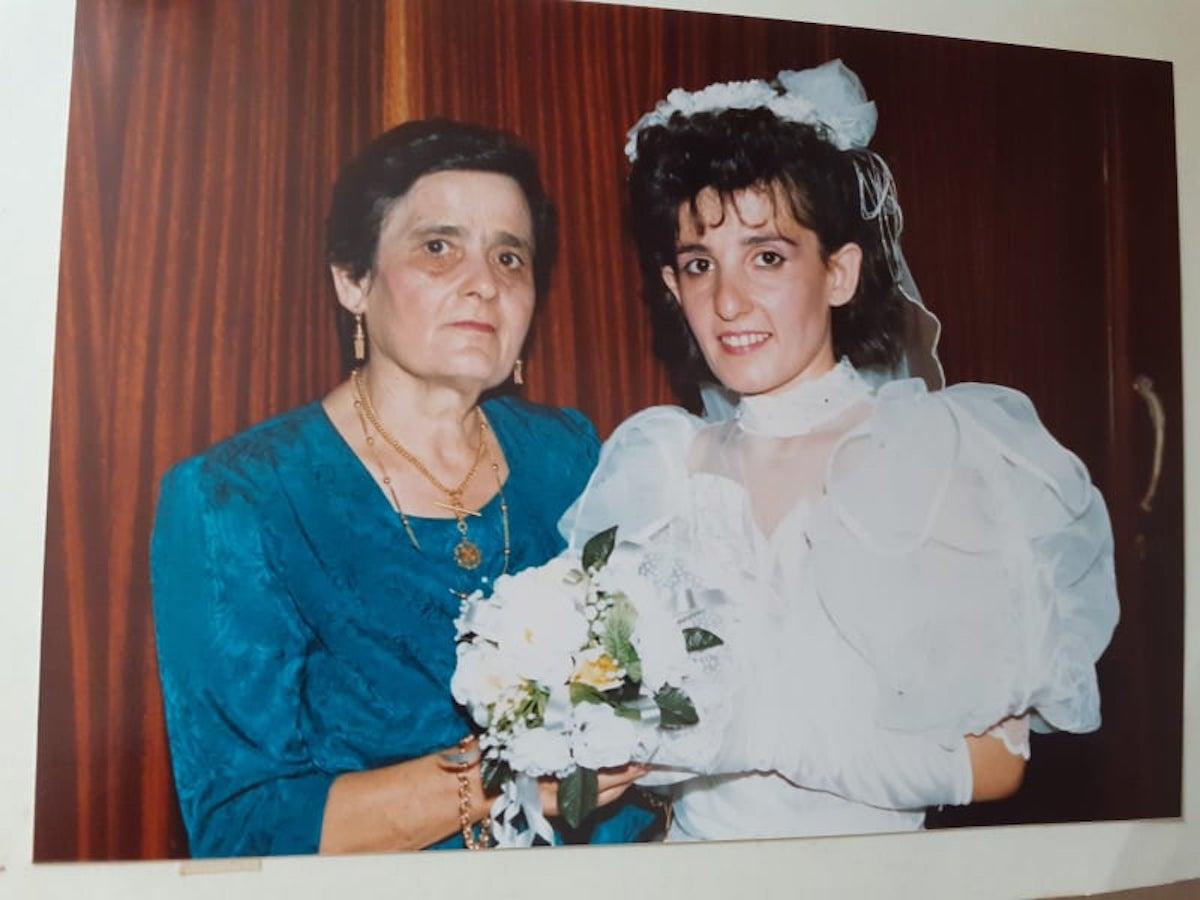 Gorga with her daughter Marthese

There, they were told Ġorġa would be tested for COVID-19. It came as a shock.
“They said she was dying and her kidneys were failing. We could not even go near her. We had to stand behind the window of her room. She saw us and looked excited to see us,” Josette recalled.

COVID-19 was confirmed the following morning. The sisters wanted the hospital to carry out another test but it did not happen and she later died.

Preparing for the burial, the hearse driver initially refused to carry the body from the morgue to the cemetery, changing his mind only after being persuaded by medics that he ran no risk of contracting the virus.

“It was not the type of burial we would have wanted for our mother. She was buried in her hospital gown. The coffin had to be fumigated. The ceremony was brief. We could not even bury her near our father.”

The sisters said they initially felt a sense of stigma as the country came to grips with the virus and the family didn't want it to be linked to the family.

While the stigma passed as more people became infected, the sisters are still haunted by the thought that their beloved mother died alone.

“What pains us most is that we were unable to be at her bedside and she had to be left to die alone," Josette said.

"Apart from that, the fact that not only were we unable to organise a funeral for her, but she did not even have a decent funeral.