The party, which campaigns on an anti-abortion platform, said it wants police to establish whether the activists it singled out "have been breaking criminal law with regards to the current abortion services in Malta."

The party specifically named the NGOs and individuals it wants the police to investigate. They include several people who have campaign for Malta's strict anti-abortion laws to be changed or called for support for Maltese women who seek to terminate their pregnancy.

But when Times of Malta contacted ABBA for further information, a spokesperson declined to cite the laws it believes the activists are in breach of.

Two of the people singled out by ABBA, Andrea Dibben and Lara Dimitrijevic, fired back by saying their services do not break the law. They said ABBA was not the first organisation that called for the police to investigate them and that 'frankly, [they] will not lose any sleep over it'.

"FPAS is a service that provides non-judgmental, reliable information on reproductive choices to people in Malta. There is no law criminalizing the dissemination of information on abortion. In fact, the European Convention of Human Rights guarantees any person’s right to impart or receive information and this right is sanctioned in the Maltese constitution," they said.

"Our message to women in Malta who need abortion care is simple: the state might abandon you, we will not." 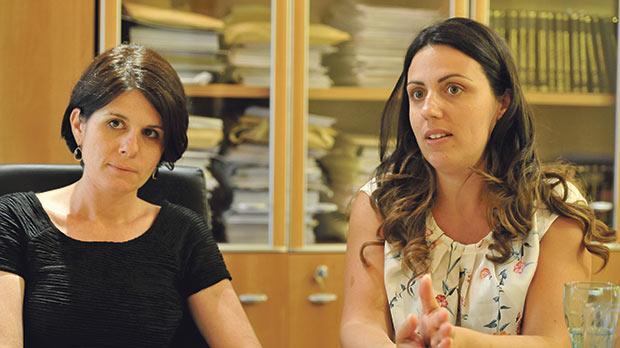 Malta is the only EU country that completely bans abortion and has one of the world's strictest anti-abortion laws. Women who abort their pregnancies or attempt to incur their own miscarriage, and any individual who aides them in doing it, risk a minimum of 18 months to a maximum of three years imprisonment if found guilty.

The law is rarely employed: no person has faced criminal charges for getting an abortion or providing the means to terminate a pregnancy in Malta in the last five years. Between 2015 and 2020, the police investigated three people for alleged abortions, none of whom were arraigned. And since the year 2000, only three women have been convicted of having an abortion.

However, around 300-400 Maltese women are estimated to travel abroad to have an abortion each year, and pro-choice organisations claim hundreds of others order abortion pills online.

ABBA leader Ivan Grech Mintoff also slammed Labour and PN for 'proposing a culture of death' with their promises of free morning-after pills and the discussion about euthanasia, among others.

He warned voters that a vote for Labour and PN means the big parties will be able to discuss the legalisation of abortion in parliament in the name of the Maltese people who oppose it.

"There are no ifs and buts with ABBA. We are against all forms of abortion, even when they are packaged as 'women's reproductive rights'," he said.

"Unlike Labour and PN, ABBA is proposing a culture of life and family growth."

Who is ABBA targeting?

ABBA named the organisations and NGOs that it has reported to the police.

Questions sent to the police are yet to be answered.