Before dawn, Vanessa and fellow activists slap pro-choice posters on billboards across the predominantly-Catholic state of San Marino, ahead of a highly-charged abortion referendum.

The tiny, picturesque republic, which sits on a mountainside in the centre of Italy, is one of the few countries in Europe where terminating a pregnancy is still illegal.

“We must put an end to the hypocrisy of sending women across the border” to abort, Muratori, a member of the San Marino Women’s Union (UDS), told AFP.

The result of the vote, called for by the UDS, is uncertain. Polls have been too expensive to organise.

"San Marino is one of the last places in Europe – along with Malta, Andorra and the Vatican – to have a total ban on abortion, even in cases of rape or incest, severe foetal impairment or risk to the mother’s life."

“Vote ‘Yes’ for freedom of choice, and come out of hiding,” a banner reads.

But the Catholic Church’s presence here is strong, and the counter-posters pull no punches.

“I’m a child even at 12 weeks, save me!” cries a foetus on one, while another featuring a young boy with Down’s Syndrome reads: “I’m an anomaly, does that mean I have fewer rights than you?”

San Marino is one of the last places in Europe – along with Malta, Andorra and the Vatican – to have a total ban on abortion, even in cases of rape or incest, severe foetal impairment or risk to the mother’s life.

On September 26 – some 43 years after neighbouring Italy – the tiny statelet of 33,000 inhabitants will decide whether to allow abortion up to 12 weeks of pregnancy.

After the 12th week mark, abortion would only be allowed if the mother’s life was in danger or in the case of foetal abnormalities which could harm the woman physically or psychologically. 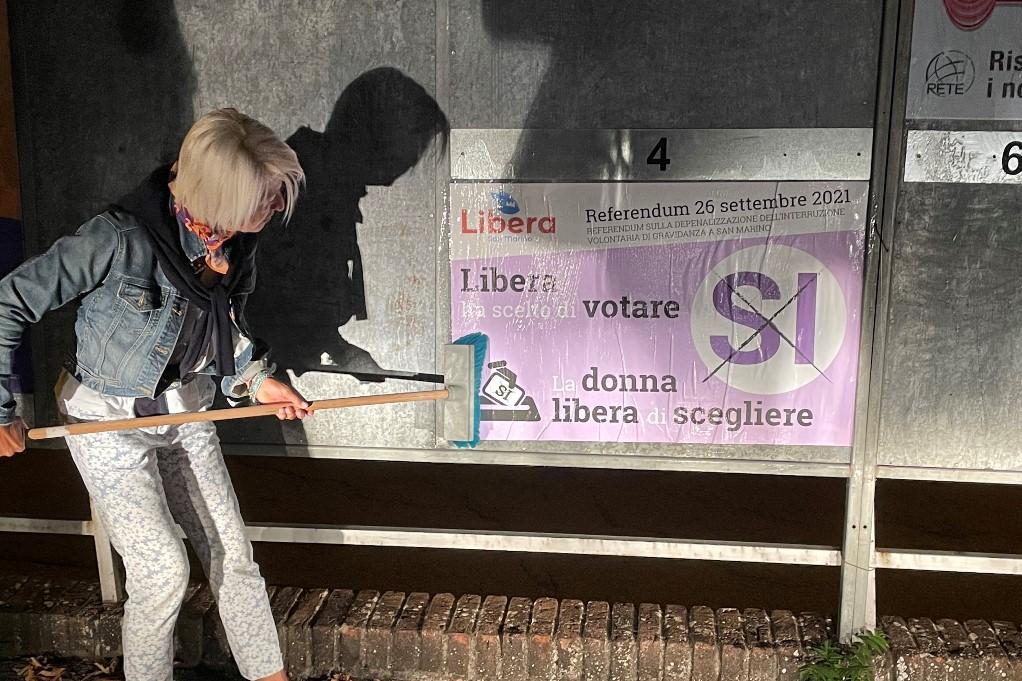 Pro-abortion campaigner, and doctor, Francesca Nicolini puts up posters on the night of September 9, 2021 at the start of the campaign for the upcoming September 26 referendum on the legalisation of abortion in San Marino..

“I felt like an illegal immigrant, a criminal,” one San Marino resident told AFP on condition of anonymity, after having to cross over into Italy to have an abortion at the age of 22 and a cost of almost €2,000.

“I wanted to finish my studies first, I didn’t feel ready to be a mother,” she said.

“Having an abortion is never easy, but I didn’t regret it,” said the woman, now a “happy mother” of two children.

She slammed San Marino for “abandoning” her at such a difficult time.

Attempts to legalise abortion over the past 20 years have been vetoed by successive governments, most of them conservative.

This time may not prove any easier: the ruling Christian Democratic Party, which has close ties to the Roman Catholic Church, has called on people to vote ‘No’.

San Marino has long dragged its feet on women’s rights: they were only given the vote in 1964, and divorce was only introduced in 1986.

“The influence of the church is very strong,” says Rosa Zafferani, 61, a former head of state.

“For weeks now”, priests have been using their homilies to insist “yes to life, no to abortion”.

“Killing an innocent child is a serious act, a crime,” says 73-year old Gabriele Mangiarotti, a priest at the 14th century church of San Francesco, tucked away on a little square in the historic centre.

Changing the law would also be a betrayal of San Marino, which “was founded by a saint and therefore has a Christian presence in its DNA,” he said.

For her part, Antonella Mularoni, a former European Court of Human Rights judge, and member of San Marino’s anti-abortion committee, insists aborting in rape or incest cases would be punishing the child.

“The child must be born, because it is a victim,” she said.

It is not the first time the statelet has been torn over the issue. Former Communist MP Vanessa Muratori was the first to introduce a pro-choice bill in 2003, but it came to nothing.

But the UDS hopes the 3,000 signatures collected in favour of the vote are an indication the time may be right to join fellow Catholic, European countries, like Ireland, which legalised abortion in 2018. 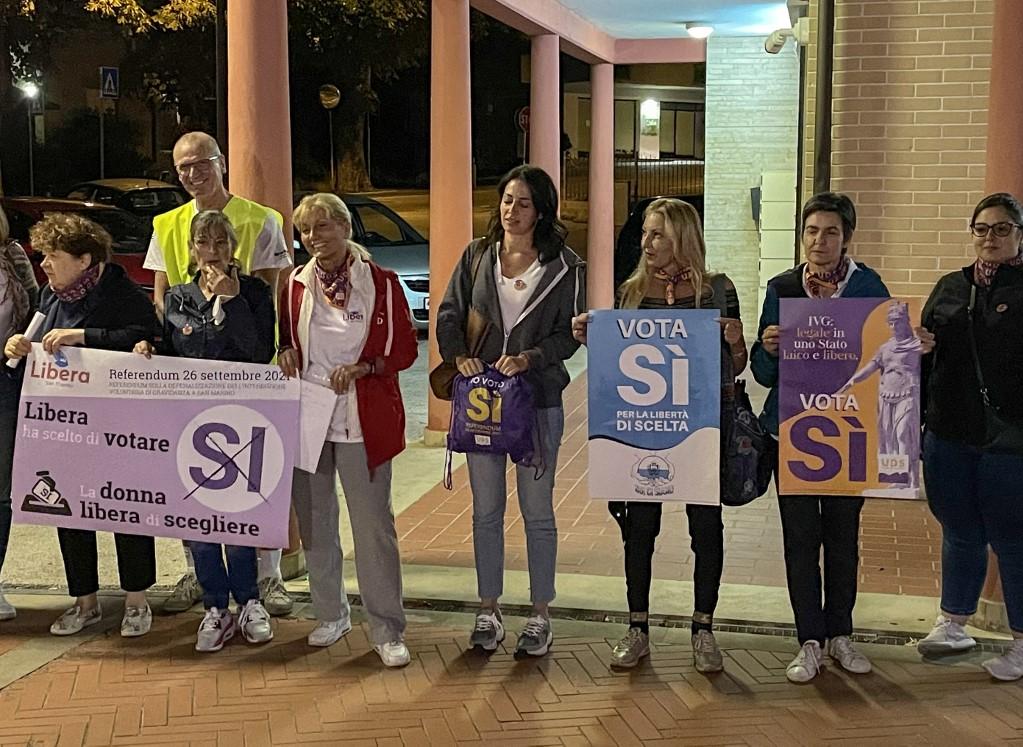 Pro-abortion activists hold up posters to mark the start of the campaign.