A Marsa scrapyard where “the largest industrial fire in years” broke out earlier this month had received warnings about a long list of environmental infringements believed to be the likely cause of the blaze.

A series of ‘stop and compliance’ orders were issued against the JAC Steel scrapyard by the environmental watchdog over the past five years.

They include late cleaning of oil spills and incorrect storage of heaps of flammable materials that at times even stretched beyond the confines of the site.  The scrapyard sits on the outskirts of the Addolorata Cemetery. A huge plume of black smoke blanketed the harbour area when the fire broke out in the early hours of September 16.

It took 29 firefighters with 11 firetrucks and other large pieces of equipment around 18 hours to completely extinguish the flames. More than two million litres of water were used.

Sources told Times of Malta that an official at the Environment and Resources Authority had even informally flagged the site as a public hazard to the government during the Muscat administration in 2017. 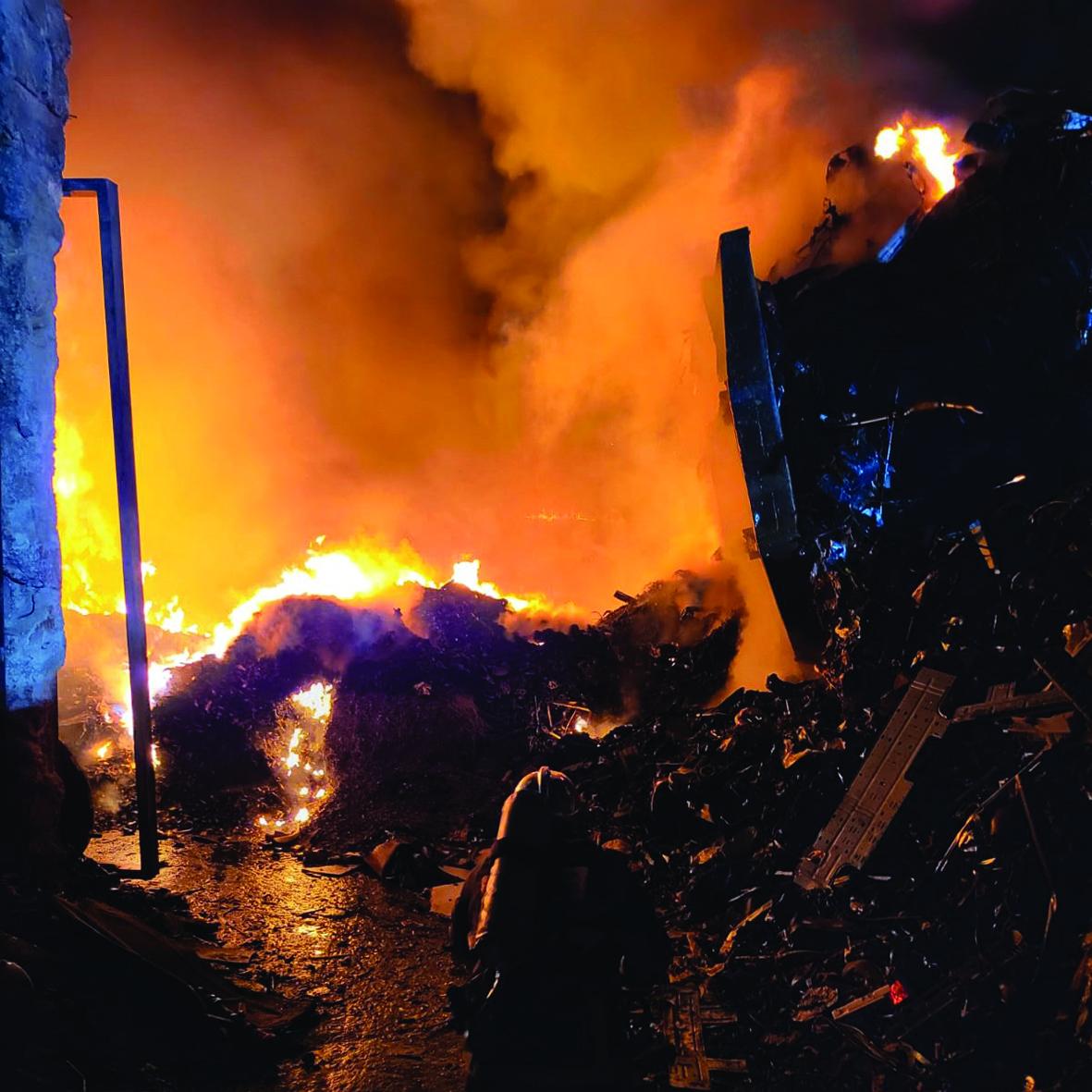 A scene from the fierce and toxic fire captured by the Civil Protection Department.

“This place has been operating in violation of its permits for a while. Something like this was bound to happen,” a government source said. According to the list of infringements uncovered in the latest ERA visit to the site, before the fire occurred, the scrapyard was in violation of several safety and fire-preventing rules.

Waste was not being properly treated, and this was also being done in the wrong parts of the facility.

Spills of liquid waste, mostly oils, were not being cleaned immediately. End-of-life vehicles, sent to the yard to be scrapped, were found not to be treated in line with the approved methodology. Electronic waste was not being processed in the correct part of the site, nor was this being done according to the right methodology.

A large shredder was being used without a permit and a section of the yard meant to be used as a quarantine for dangerous substances was being used for alternative uses. 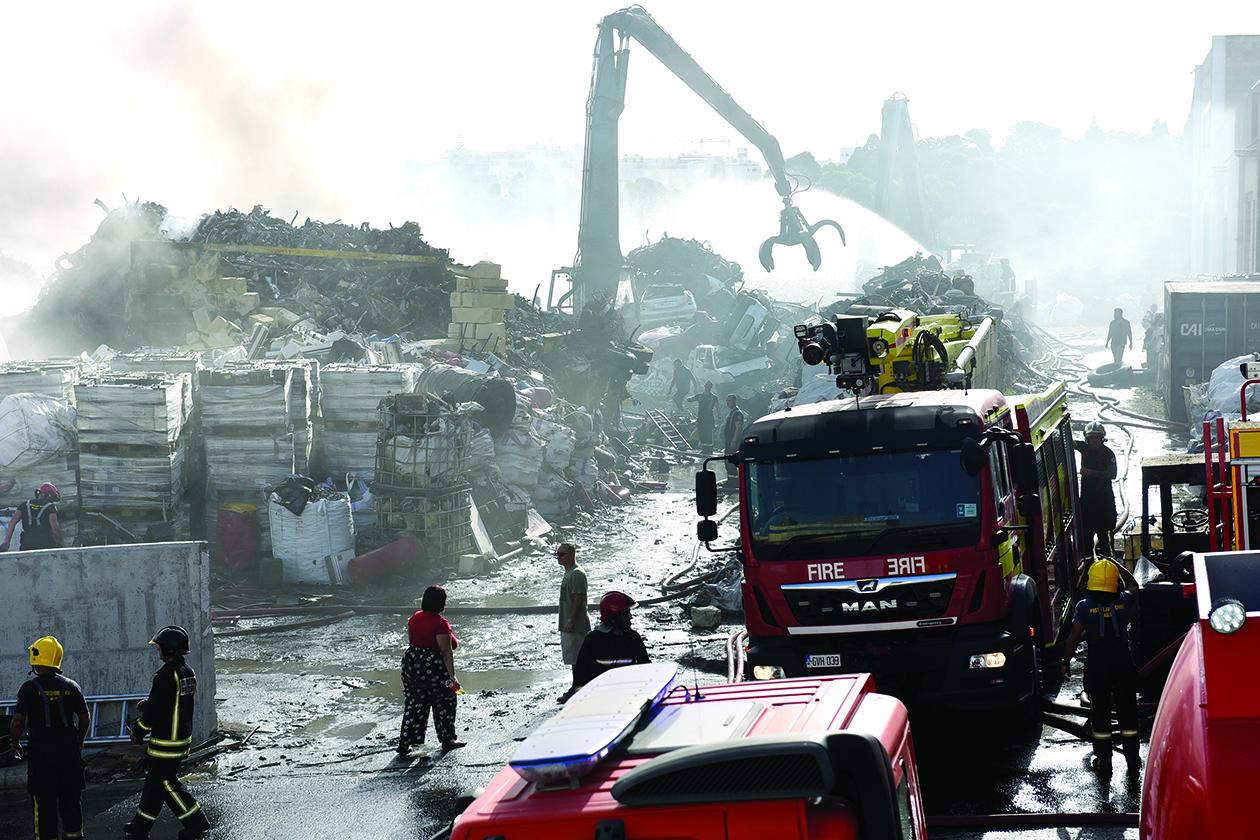 The morning after shot by our photographer Chris Sant Fournier.

Meanwhile, Emmanuel Psaila, who heads the Civil Protection Department, said the fire was the largest of its kind in decades. The blaze had been “almost impossible to control” with firefighters complaining of dangerous fumes.

The root cause of the fire, the veteran firefighter said, seemed to be from deep within a mountain of metal and other waste. “They had to move large chunks of burning metal around to get to it.

The black smoke, he said, is particularly harmful to people with asthma and other existing respiratory illnesses and could make their condition much worse. The real public danger on the other hand, is in the small organic compounds that are toxic. If plastic and rubber burn, they may develop other compounds which may become poisonous.

“I believe this is why the firefighters couldn’t work close to the burning heap, because inhaling it may change the way cells receive oxygen and knocks you unconscious,” he said.