A show-stopping performance by some of the world’s best acrobats is holding the audience at the Mediterranean Conference Centre in Valletta in awe. 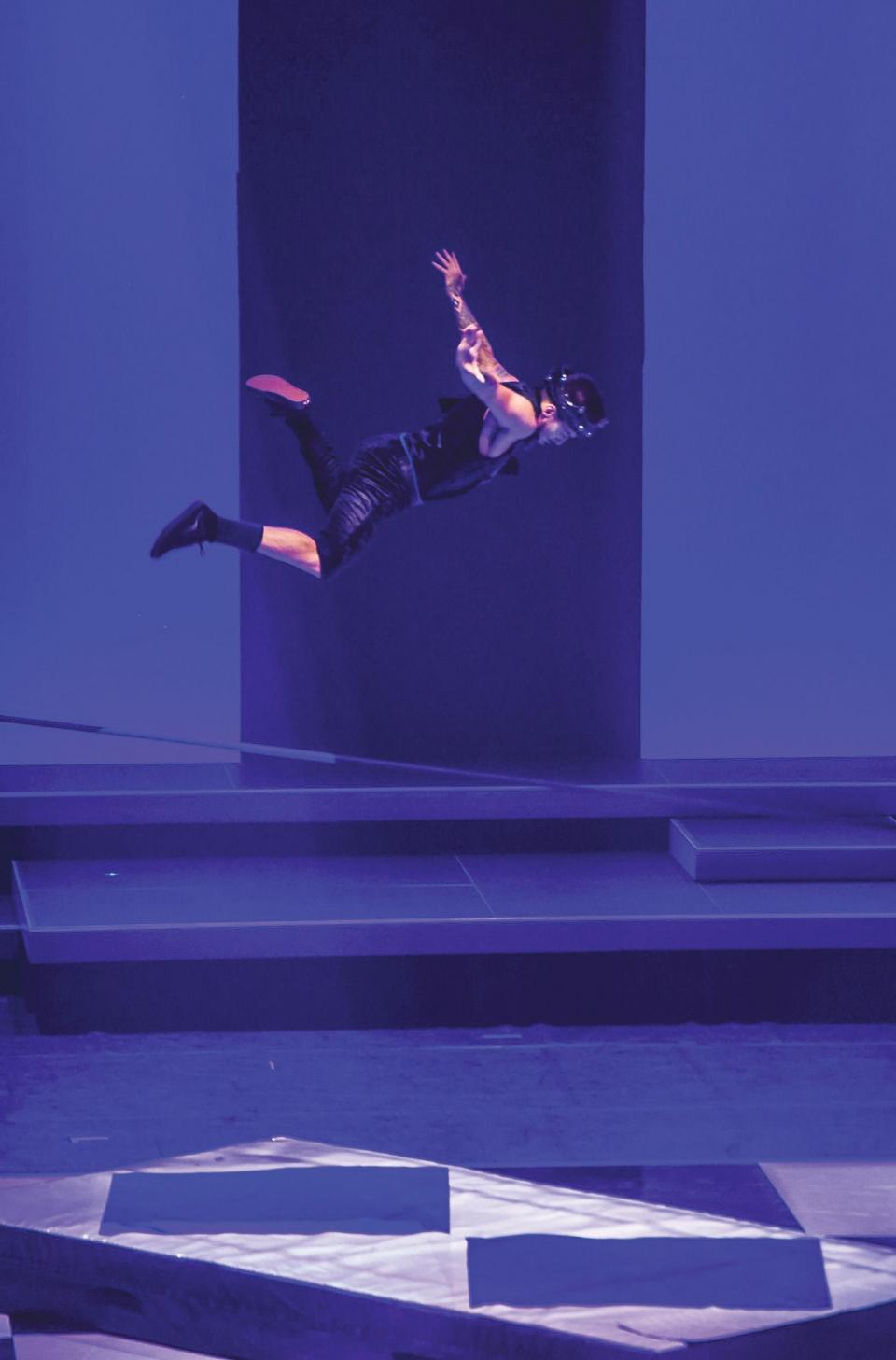 Cirque du Soleil is presenting an original show, titled Vitori, for the first time in Malta. But the long-awaited spectacle is not only about acrobatics, as there is also live singing and a lot of dancing going on.

The plot is inspired by chess, the ultimate game of logic and rational thinking, with the characters being chess pieces or chessmen. Two teams go head to head on a huge chessboard, ready to wage a battle. However, this is not a story about war…

When the Golden King falls in love with the Black Rook, he embarks on reckless moves to capture her heart, throwing this orderly world into disarray. As he tries to get closer to his love, he faces a pretentious, narcissistic monarch and his fearsome Queen.

All this happens in a poetic, glossy and black and white world represented by a giant chessboard that occupies the MCC stage.

The 24 dancers and acrobats use aerial silks, a Russian bar, acrosport and a high line/slackline to perform breathtaking numbers while moving to a rhythmical, modern score with deep electronic undertones. 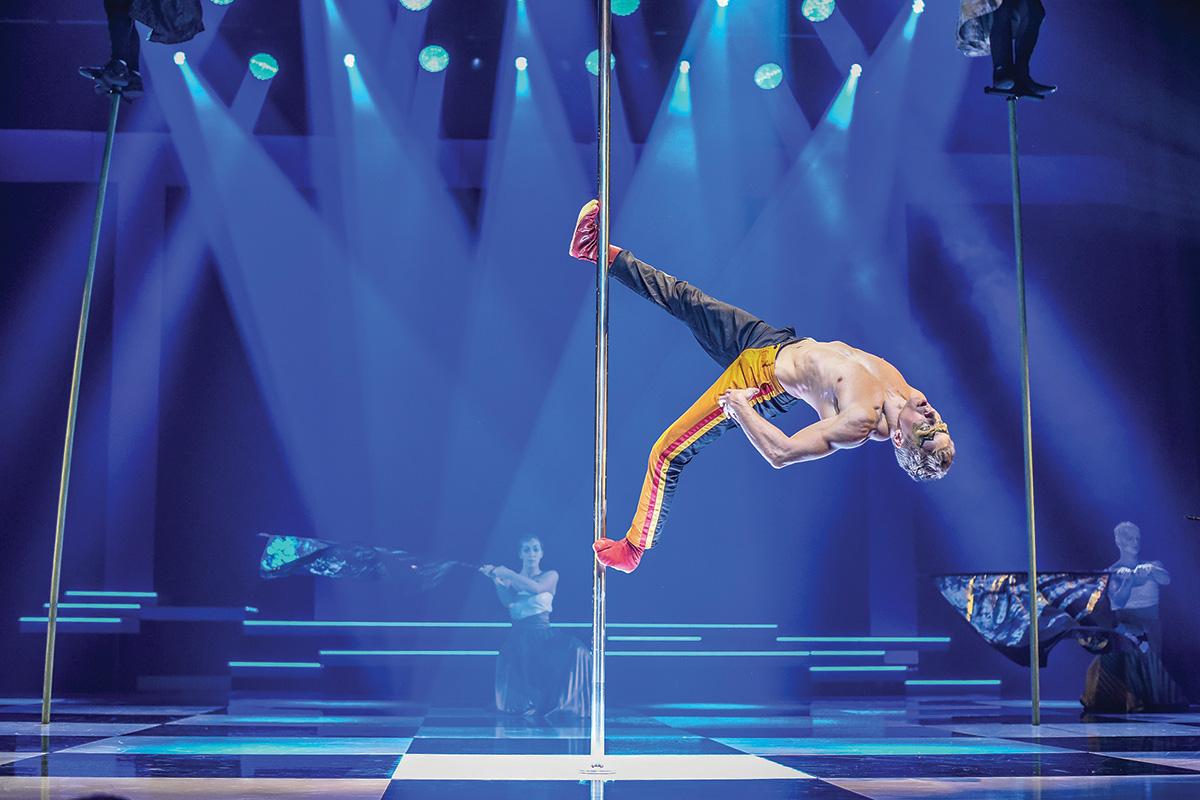 A poetic, glossy and black and white world

The Golden King leads the charge with his spirited cello playing but the soundtrack is interspersed with soaring melodies, driven by the soulful voice of the Black Rook.

The 60-minute show is endowed with extravagant costumes, featuring geometric lines and shapes with an added touch of folly and whimsy. 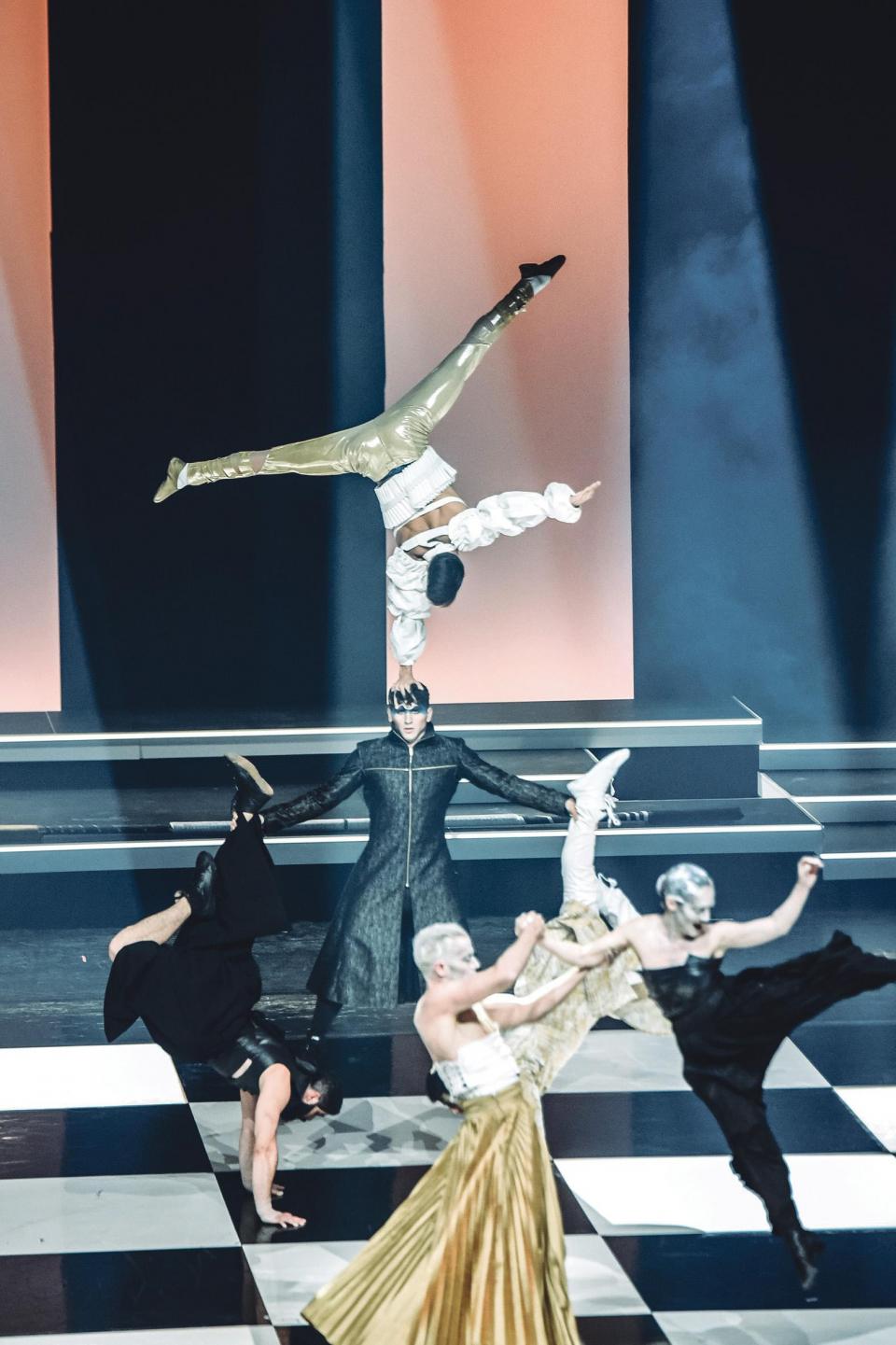 Some of the costumes have sizeable extensions such as the geometrical horse heads worn by the Knights. Other memorable costumes include a stunning black samurai outfit worn by the Black Queen and a black crinoline dress donned by the Black Rook.

Established in Montreal, the Canadian organisation has brought wonder and delight to over 190 million spectators with productions presented in close to 450 cities in 60 countries. The group currently has over 4,000 employees, including 1,400 artists from nearly 70 countries.

Cirque’s latest shows include Messi10, currently showing in Barcelona, Spain, and Bazaar, which is being staged in Riyadh, Saudi Arabia.

Vitori runs at the MCC until December 20. For tickets, visit www.mcc.com.mt. 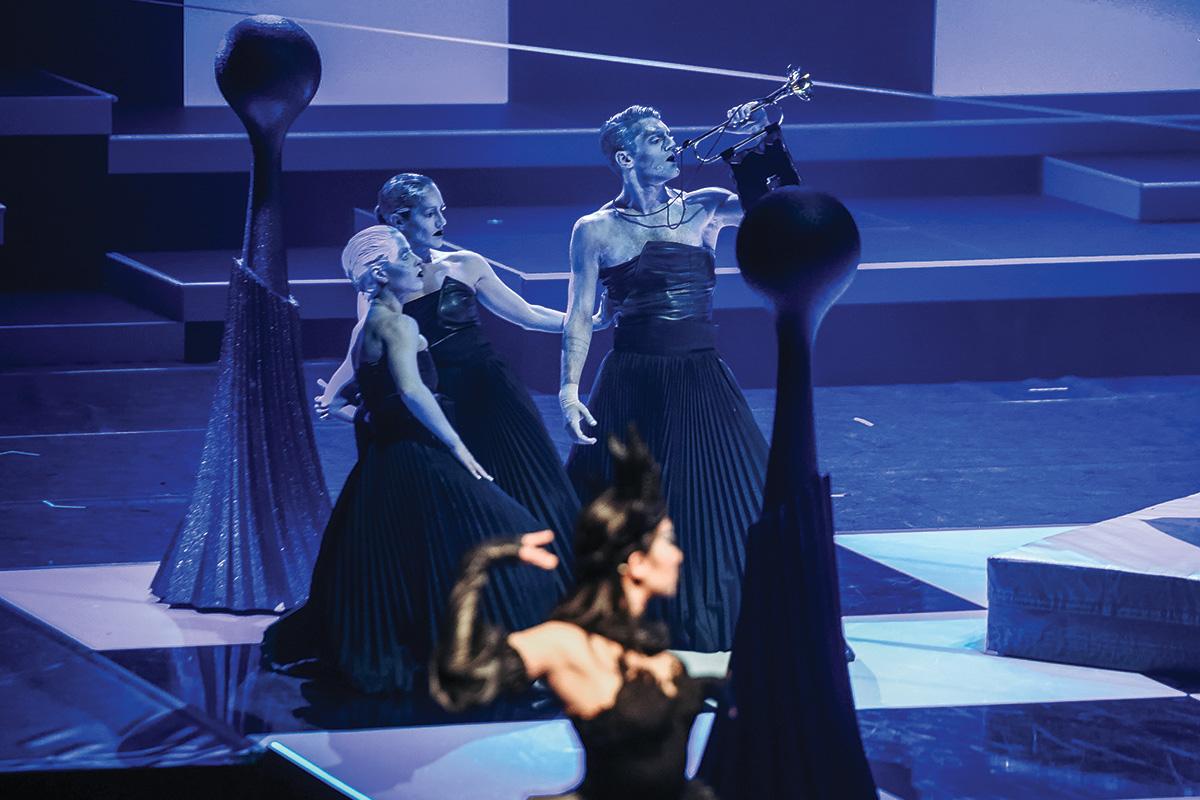 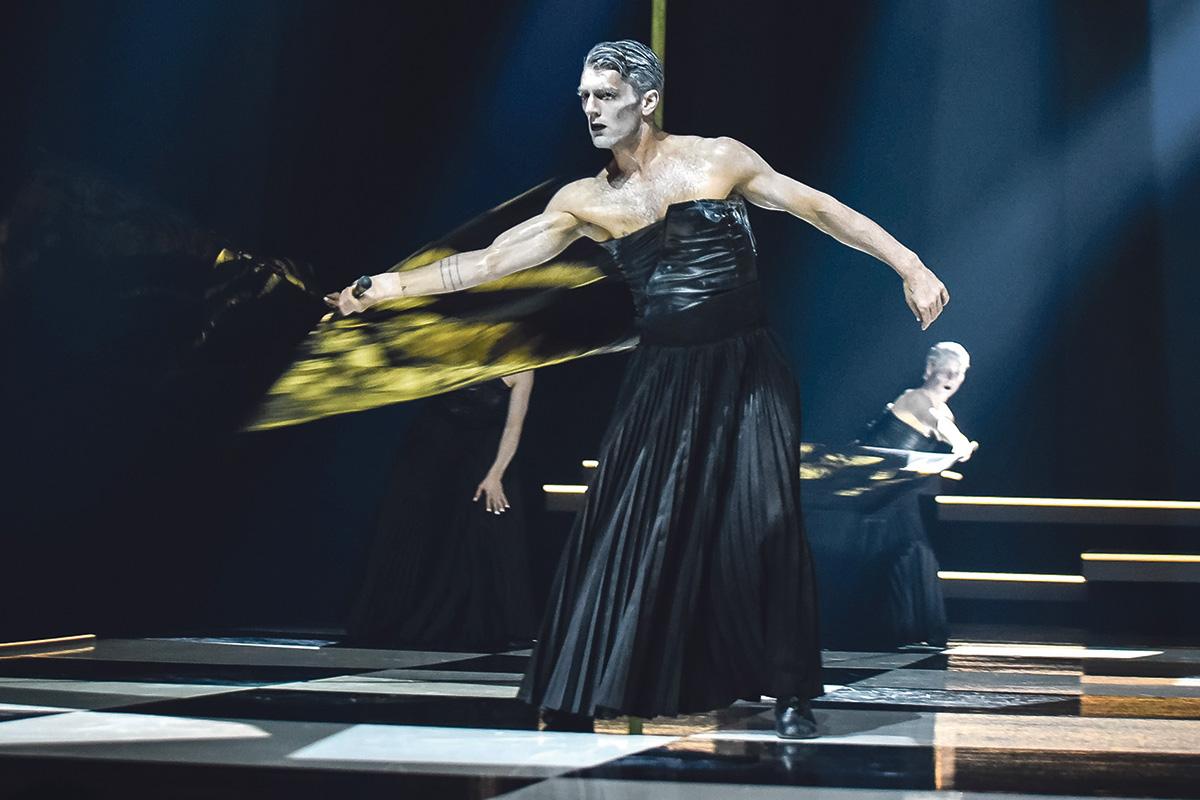