Marine litter is a solid material that is discarded, disposed of, or abandoned in the marine and coastal environment. Plastic is very resistant to degradation and persists for a long time in the marine environment, harming ecosystems and wildlife. Injury or death of marine animals is generally associated with ingestion or entanglement in marine litter.

We are living in a world that could see more plastic than fish in the sea by 2050. That in itself is a terrifying statistic, but it gets worse, with plastic overtaking our landfills, seeping into our soil, and even infiltrating our food chain.

As a result, much of the global community – and the business community, too – is joining forces to assess how quickly changes can be made to stunt these frightening developments. At the moment, for example, Europe produces 25 million tonnes of plastic every year, some of which ends up as marine litter.

The Ministry for the Environment, Climate Change and Planning (MECP), together with the Environment and Resources Authority (ERA), is committed to continuing its work to restore, protect, and enhance biodiversity for the variety of life and the wellbeing of the local population. A healthy environment implies a rich biodiversity within it. In this respect, we are working on multiple fronts to ensure such protection by ongoing actions and projects to address the problem.

The Saving Our Blue campaign, which was launched by MECP last year, aims to further educate and encourage the public to stop littering and reduce waste generation. The main purpose is for the public to become proactive rather than reactive, by opting for alternative options to replace single-use plastic products. 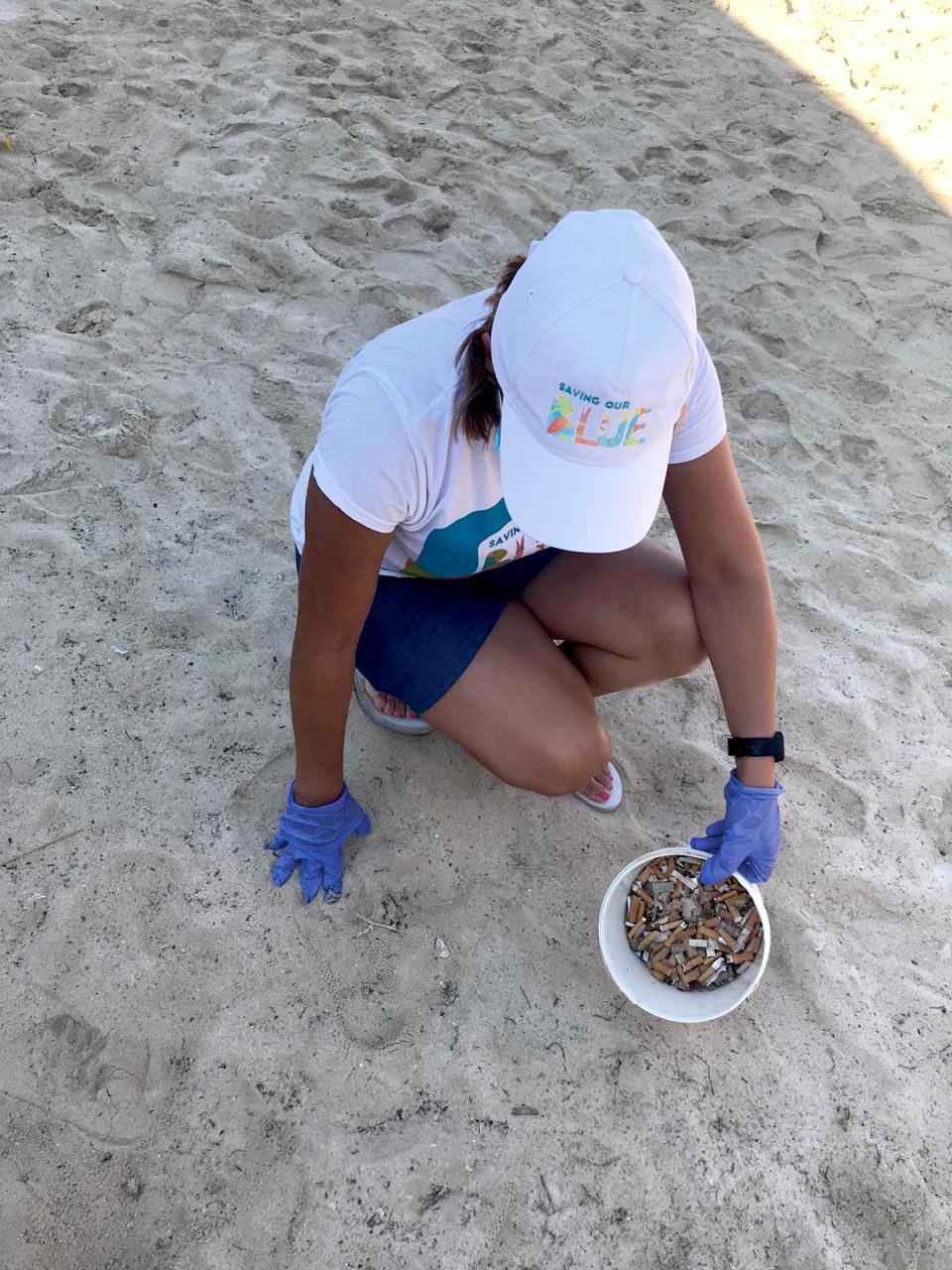 A clean-up at Pretty Bay

This year, the campaign is organising various clean-ups held throughout the summer period at Rinella Bay, Golden Bay, Pretty Bay and Għajn Tuffieħa Bay. During these clean ups, large volumes of cigarette butts are being collected, together with other waste, including single-use plastics and food wrappers, amongst others. This effort is building further on the work carried out last year as part of the same campaign, where 25kg of cigarette butts were collected from just five beaches.

Similarly, ERA is addressing multiple measures affecting marine species and habitats, including an assessment of the conservation status of selected marine species, as well as monitoring of the impacts of selected matters, like marine litter and plastics on marine life. This is coupled with multiple underwater clean-ups and the funding and support that the Authority provides to non-governmental organisations to ensure the handling and rehabilitation of injured or stranded animals. These include, amongst others, turtles, whales and dolphins, as well as terrestrial species.

Another important measure is the launch of Rethink Plastic – Single-Use Plastic Products Strategy for Malta 2020-2030. The strategy is a framework acting as a driver, also intended to bring about a cultural and behavioural shift within society in terms of attitude toward single-use plastics (SUPs). It presents 23 main measures aimed at reducing SUP consumption and should be viewed as an opportunity that can set the path towards a plastic-free environment.

In addition to utilising outreach for policy development, MECP and ERA also participate in various events and initiatives to further bridge the knowledge gap on environmental themes. Presence is therefore strong during major yearly events, focusing on the themes at hand and conveying vital messages, like the importance of reducing plastic use, thus eliminating marine litter.

Marine litter is harming our marine ecosystems. It is our common responsibility to be part of the solution and not the pollution, and to help keep litter out of our seas. It is up to us to make a change, and the time to act is now.