Calls for justice in the Daphne Caruana Galizia murder case rang across London’s Parliament Square on Saturday afternoon, as activists held a demonstration in one of Europe’s most iconic public places.

Some of the protesters came draped in Maltese flags; others held up portraits of Ms Caruana Galizia and placards describing Malta as “mafia”. They all called for Prime Minister Joseph Muscat’s immediate resignation.

Those who did not listen to the speeches could read banners draped across steel barricades in the square. 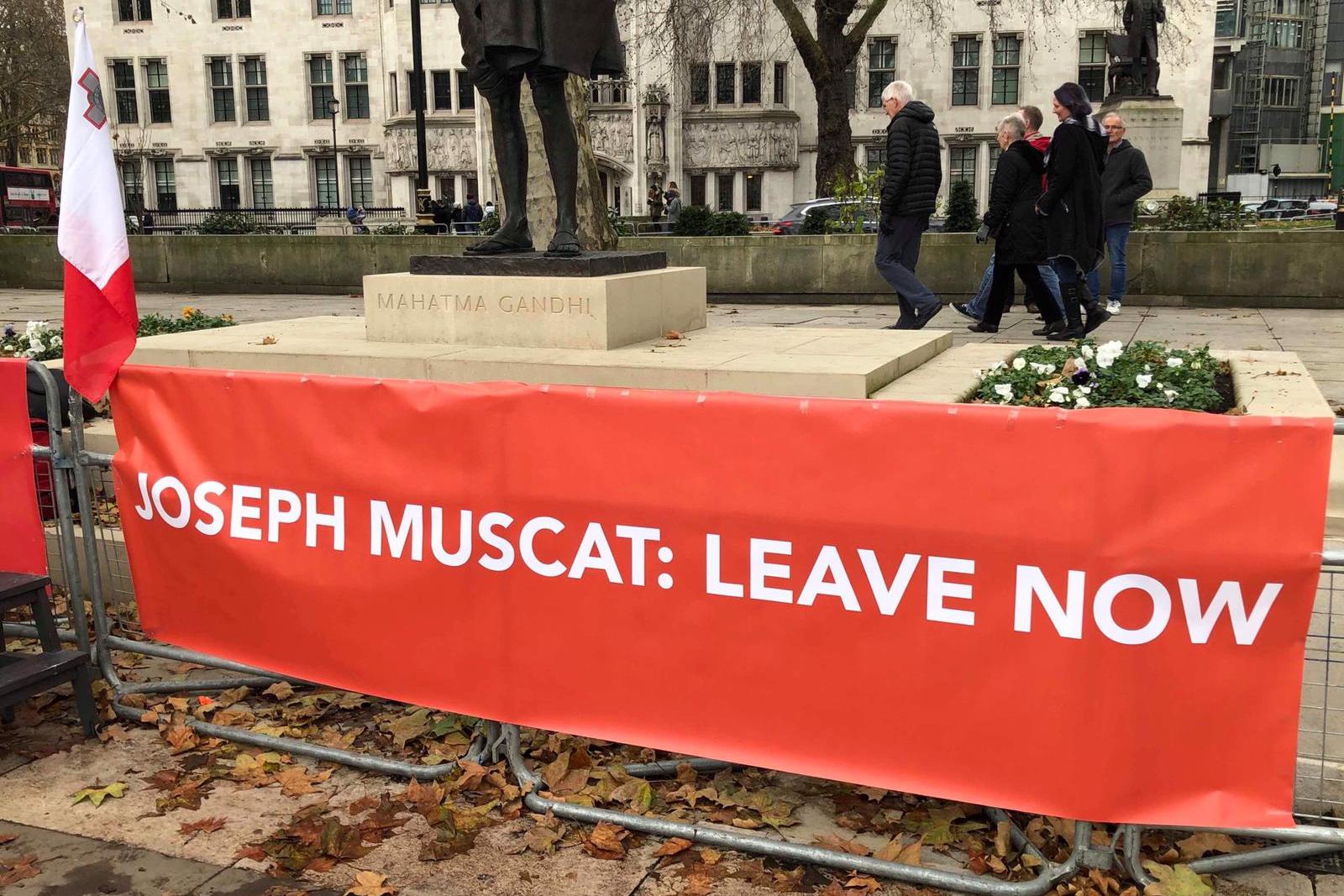 Blogger Manuel Delia, who spoke at the event, told attendees that activists had spent the years since Ms Caruana Galizia’s October 2017 assassination demanding truth and justice.

“We know the truth but that's half the mission. Justice is not made up of just handcuffs, but change,” he said.

“Daphne Caruana Galizia was killed because our country became sick and that sickness hasn't gone away. You can see the mafia doubling up to choose the next prime minister and continue running the show.”

Reporters Without Borders UK bureau director Rebecca Vincent highlighted the lack of political accountability in Malta surrounding the case as well as more systemic challenges concerning the rule of law and freedom of expression.

“There’s a need for broader democratic reforms in Malta. This assassination did not come out of nowhere,” she said.

A national protest endorsed by the independent media including Times of Malta will take place in Valletta on Sunday at 4pm.

Moviment Graffitti, the University Students Union, Aditus, UĦM Voice of the Workers, Isles of the Left, Flimkien Għal Ambjent Aħjar and Friends of the Earth Malta are also backing the demonstration.

Activists are demanding the Prime Minister's immediate resignation, over concerns about political interference in the Caruana Galizia murder investigation. 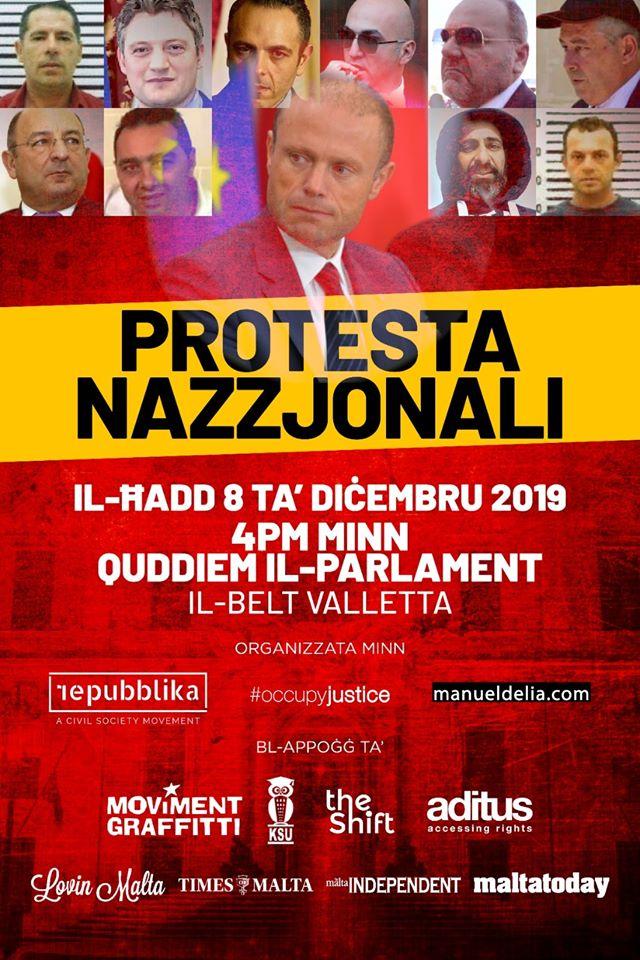