Environmental activists gathered outside the Environment and Resources Authority headquarters in Marsa today in protest at approved skyscraper projects in Sliema and Mrieħel.

Deriding the ERA as 'a nothing' [baħħ], Kamp Emerġenza Ambjent protestors held up placards rhetorically asking who would dare to stand up for the environment.

In words echoing the concerns of Environment Commissioner David Pace, protesters said the MEPA demerger was a failure, as it "simply relegated the environmental dimension to a body with very little powers and resources."

The ERA's failure to use "what little weight it had" during the skyscraper Planning Board hearings - ERA chairman Victor Axiak was absent due to illness and a memo describing an environmental impact assessment as "a sham" was not read out - was "shockingly conspicuous", protestors added.

They noted that the ERA had failed to file a single appeal in the nine months since it had been set up. The authority had initially said it would not be appealing the PA board's approval of the two skyscraper projects, although it subsequently backpedalled and now says it is mulling an appeal.

Moviment Graffitti, Friends of the Earth and Flimkien għall-Ambjent Aħjar all formed part of today's protest.

Last May, Kamp Emerġenza Ambjent activists set up camp outside Castille, calling on the Prime Minister to pay closer attention to environmental degradation. 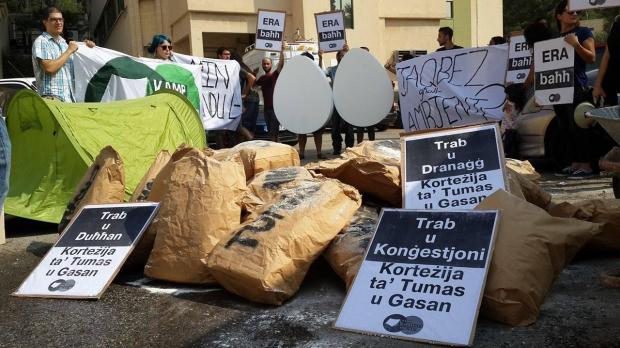 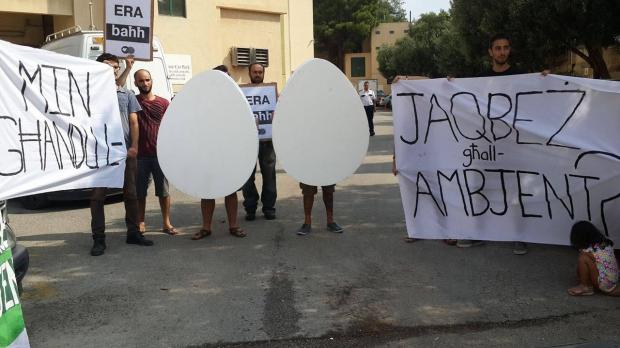