Moviment Graffitti activists dismantled deckchairs and umbrellas set up in Blue Lagoon early on Saturday morning in protests against operators encroaching onto the public bay.

With chants of "ix-xatt ta' Kemmuna ta' kullhadd" (Comino's shore belongs to everyone", the protestors marched down to Blue Lagoon where operators had already set up deck chairs for the day despite no tourists having yet arrived at the idyllic bay. 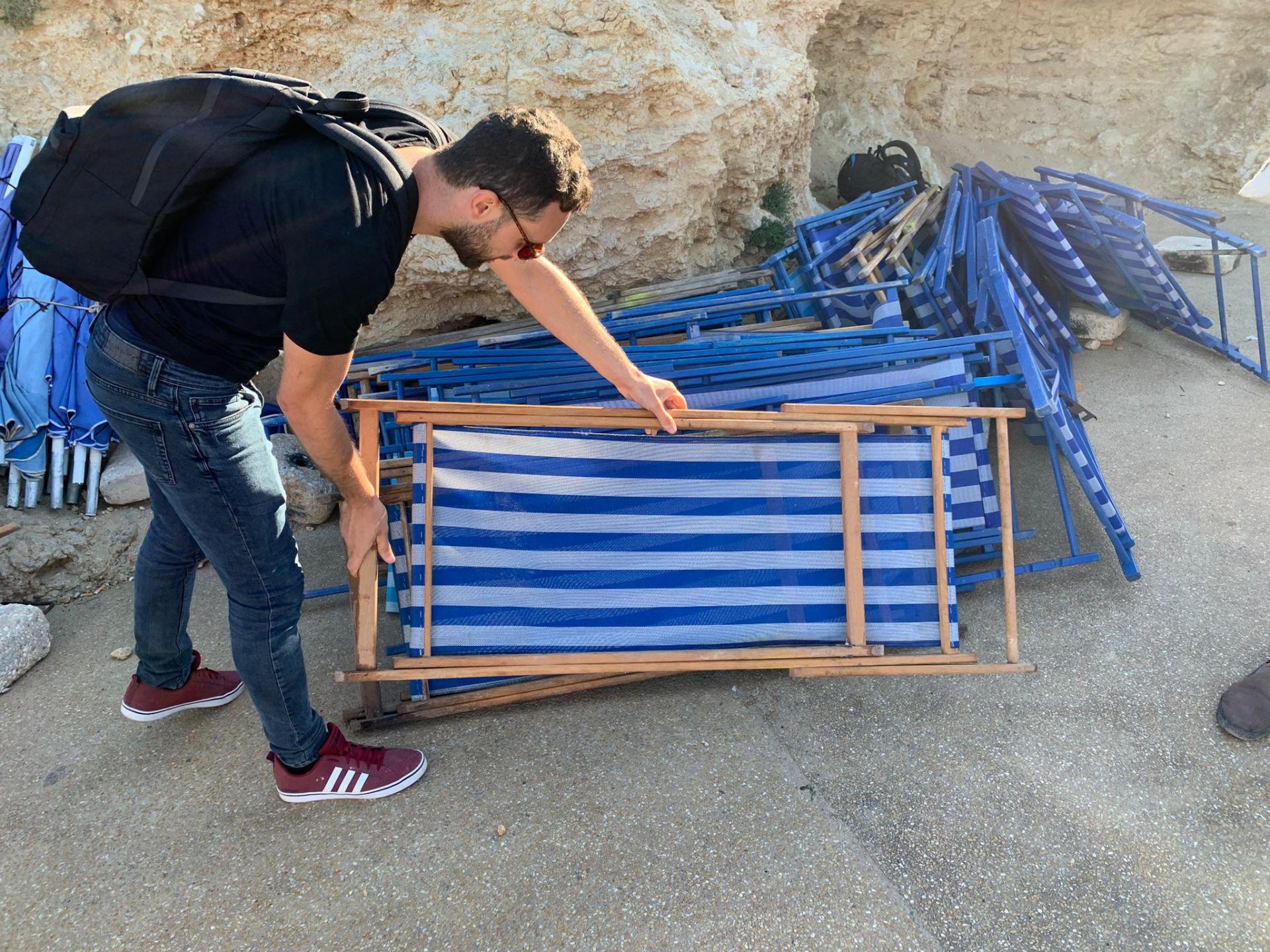 “We have been waiting for authorities to recognize that this bay belongs to everyone and after so much inaction it is time to take things into our own hands and enjoy the bay as is our right.” 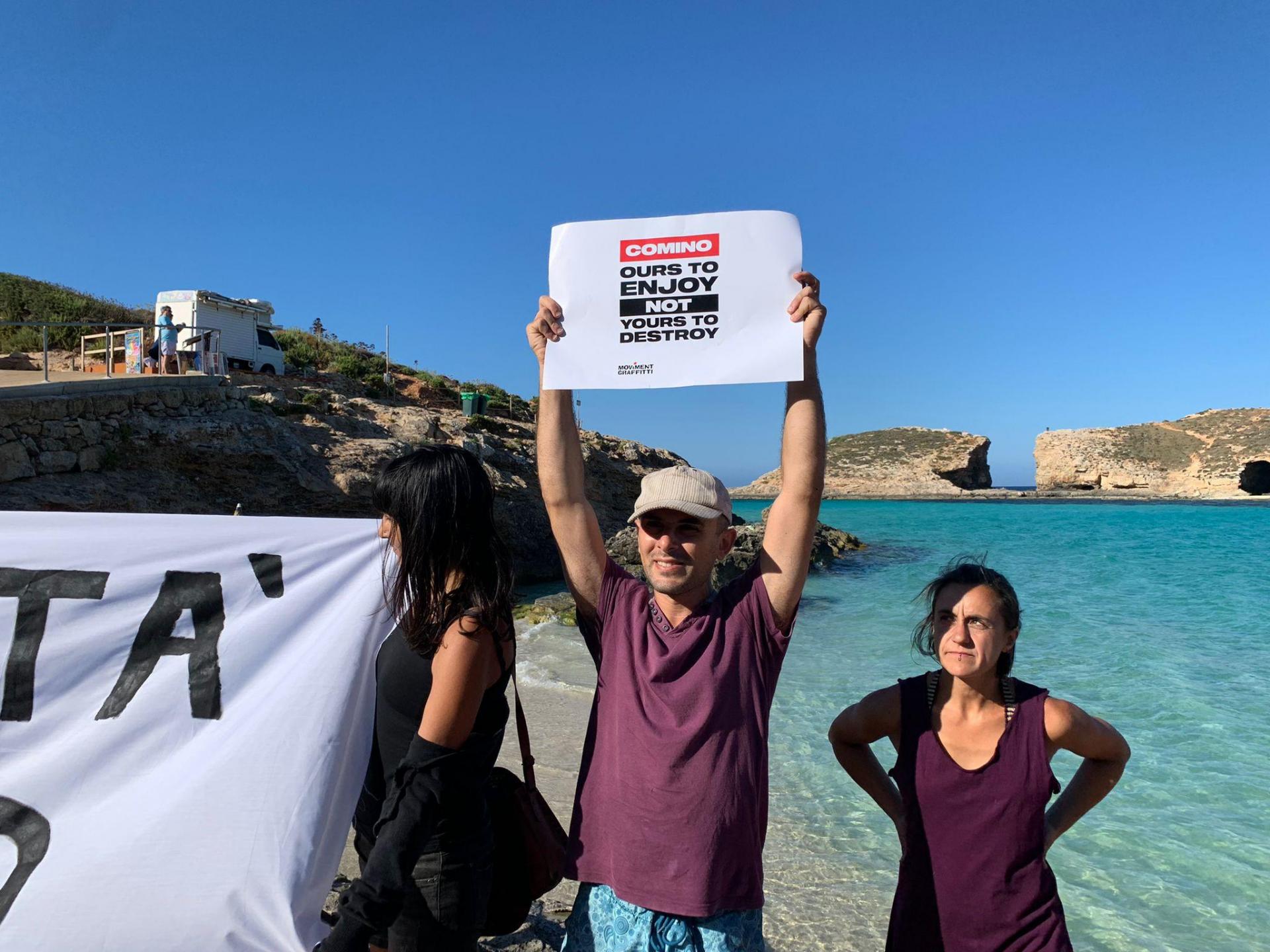 The activists did not meet much resistance from the operators. Photo: Jessica Arena

The protestors did not meet much resistance from operators, who largely did not object, except one vendor who attempted to stop a journalist from filming an exchange.

Speaking on behalf of the activists, Graffitti's Andre Callus said the practice has been going on for years and now Blue Lagoon has been "stolen by commercial interests that have turned it into a private lido".

"It’s not acceptable that the government continues to play with rhetoric without taking any action. We have heard so many people say they no longer visit Comino because every inch is occupied by deckchairs and umbrellas and kiosks. 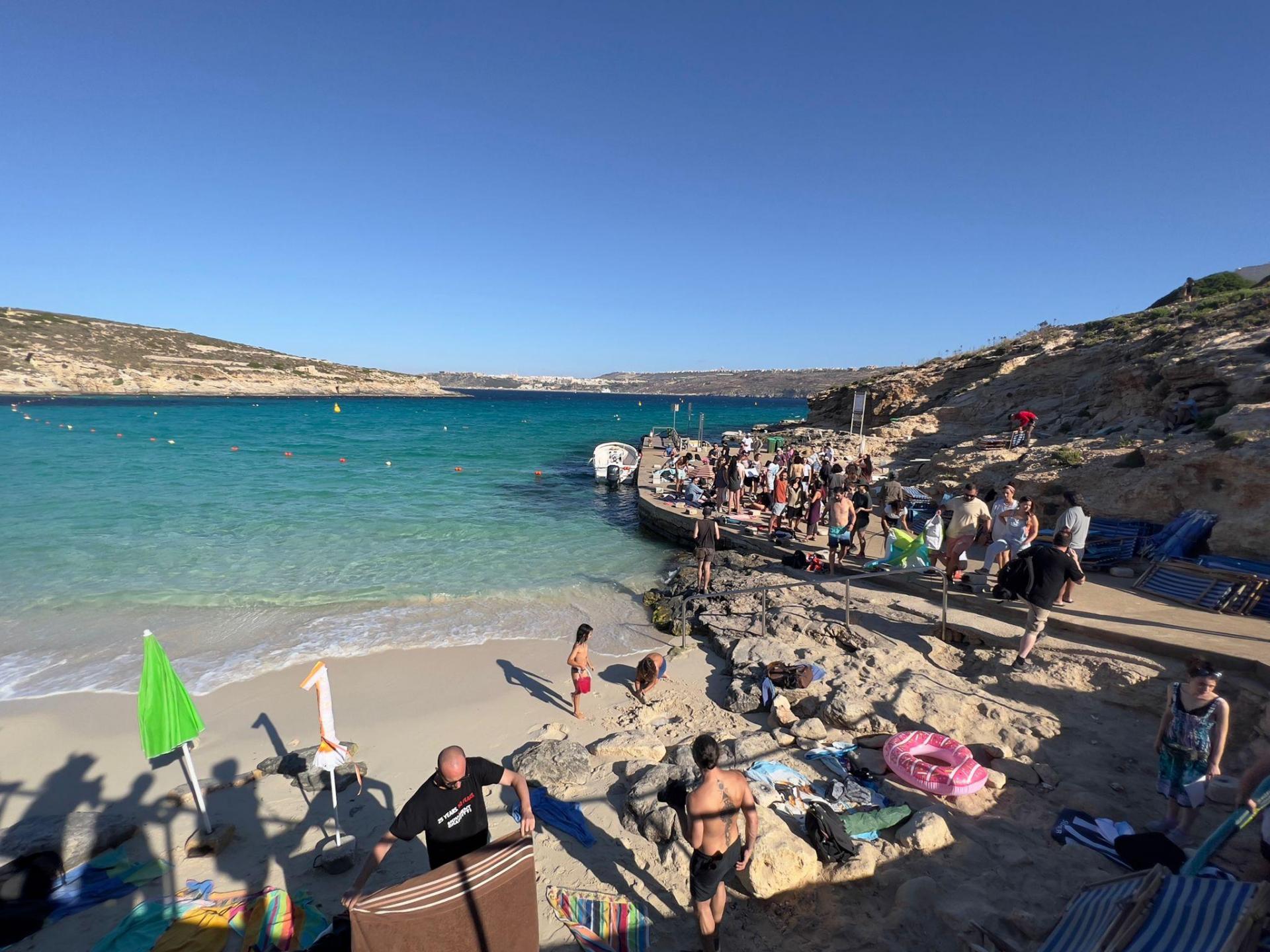 "This is not just. After years of asking for the authorities to take action, today we came to take action ourselves. And this is not going to stop here," Callus said as the activists cheered him on.

Activist Marie Claire Gatt said Comino is a Natura 2000 site but instead of protecting it, the authorities are allowing it to be "destroyed for commercial interest".

"Year after year the situation gets worse. We’re here to tell the authorities that we’re not going to wait for them until something is done to address this situation," she said.

The activists said they plan on spending the day at Blue Lagoon after successfully removing all unused deckchairs from the bay.

Earlier on Saturday, Times of Malta reported that tourists were shocked by the state of Comino, with several of them saying the small island is overcrowded and filthy.

The action is ongoing.