Civil society groups on Monday reiterated their commitment to fight on until there was justice for Daphne Caruana Galizia and corruption was eliminated from the top echelons of government.

Activists gathered in a large crowd for a vigil before the makeshift monument to the blogger opposite the law courts in Valletta to mark another month since her car bomb murder on October 16, 2017.

Many carried Maltese and EU flags, pictures of Daphne Caruana Galizia and placards protesting against the ‘mafia state’.

Among them were Daphne Caruana Galizia's parents and sisters, also clutching pictures of Daphne.

Prof Vicki Ann Cremona, who leads the Repubblika group, warned that the same campaign of demonisation which was waged against Caruana Galizia, ultimately leading to her murder, was also being faced by the groups Repubblika, Occupy Justice and manuel.delia.com, the organisers of repeated protests calling on the prime minister to go.

Activists, she said, were being falsely accused of having shown disrespect to the armed forces, the police and even the paralympics contingent in their protest last Friday. “These insults have already lead to an unacceptable level of hate speech and, even worse, threats against specific members of Repubblika and Occupy Justice,” she said.

Were the ministers and the pseudo prime minister using these lies to sow more hatred in the country? Were they using them to deviate attention from the country’s major problems, including the fact that the prime minister was refusing to step down and still had access to his papers and those of (former chief of staff) Keith Schembri? 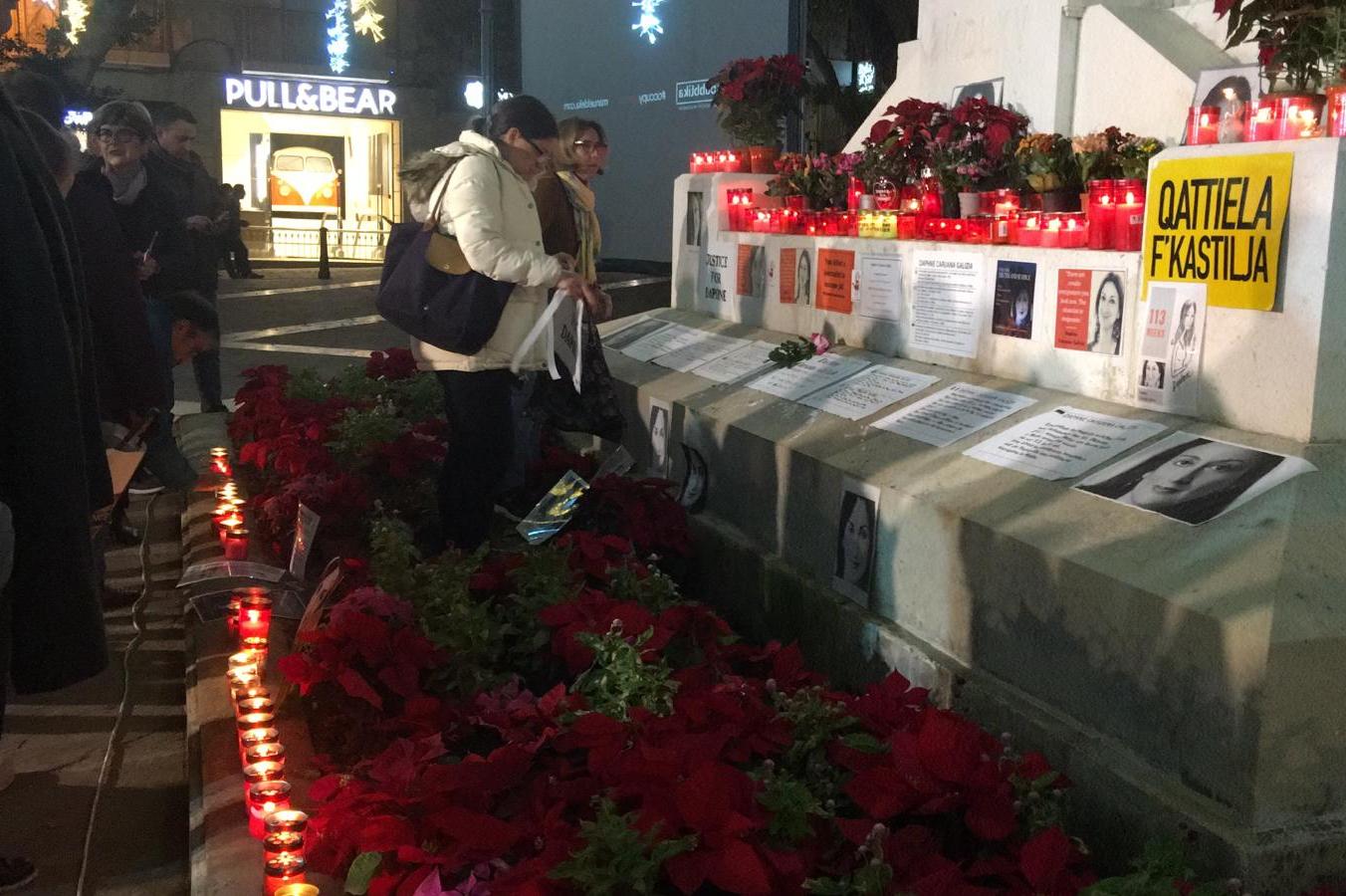 Prof Cremona insisted that the activists had no intention of spoiling Christmas for the Valletta business community or anybody else. Christmas, she said, had been spoilt by Joseph Muscat and his clique, who had refused to leave Castille and Parliament.

“If they want us to enjoy Christmas, Joseph Muscat should leave now, and the police should start investigating him and his gang. Only in that way can Malta be assured that justice is being done,” she said to applause and cries of 'barra, barra' (out, out). 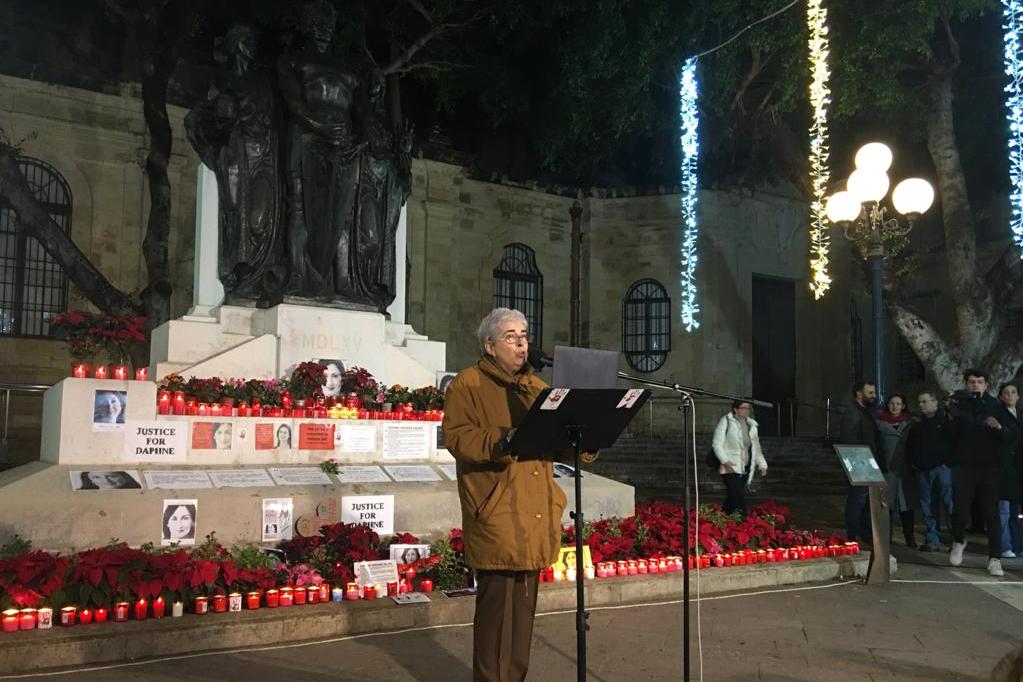 Prof Cremona speaking at the vigil.

Other speakers are to include blogger Manuel Delia, activists Rosa Borg and Sandro Rossi and Irsetta Spinola, a member of Chance Civil Hub Against Organised Crime in Europe.

Orsetta Spinola stressed that while there was a push to clean up illegal activities like money laundering and tax evasion, the clean-up needed proper mechanisms and a change of habits.

She said that it would take some time for the country to complete a deep clean, including reforms to stop corruption, money laundering and tax evasion.

However, a knee-jerk reaction was not the answer since that would run the risk of old habits creeping back in.

She urged those present to follow Daphne Caruana Gaizia's example by standing up to be counted with pride, dignity and love.

"Let's be the true custodians of Malta's democracy," she said.

A short film was shown on the screen erected on the side of the Great Siege Monument showing images of previous protests and vigils calling for justice, against the backdrop of a choir singing of 'We shall overcome'. 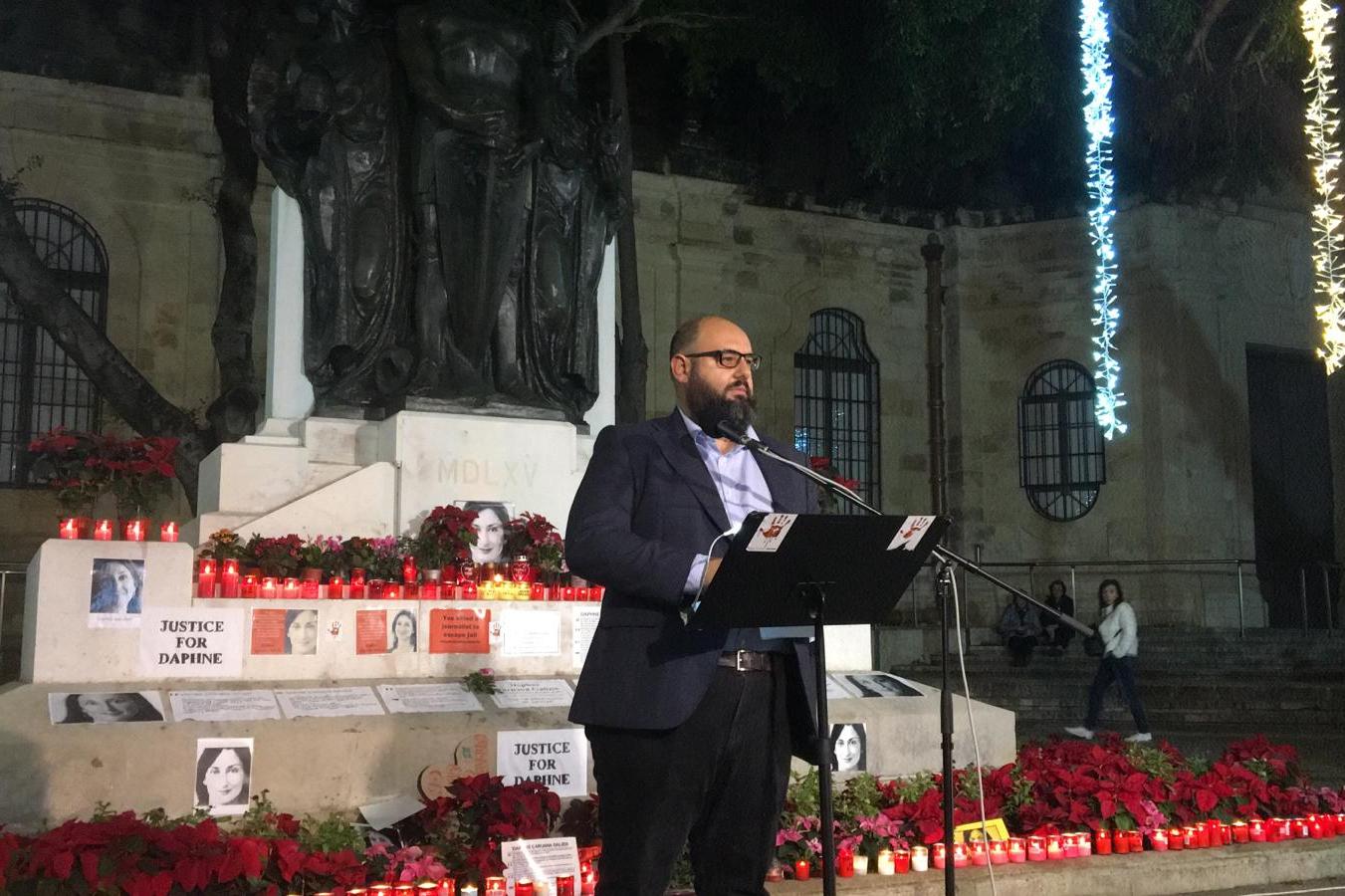 Manuel Delia speaking at the vigil.

Blogger Manuel Delia went over the huge developments of the past month in the Caruana Galizia investigation.

"We have been demanding justice for 26 months starting from a deserved punishment for those involved in the assassination. But we are also demanding justice with those thieves and corrupt people whom Daphne Caruana Galizia revealed. Therefore can someone explain to me how Konrad Mizzi is still sending Christmas Cards, Keith Schembri is still receiving briefings from Neville Gafa and Joseph Muscat is still prime minister...we still have a way to go" Mr Delia said.

Protests would continue, peacefully, in the quest for justice and against abuse of power, he said.

The resignation of the prime minister would not be enough. Civil society had risen and would not rest until there was justice for Daphne Caruana Galizia, all those responsible were imprisoned, and there was effective institutional reform in the interests of the people. The institutions should no longer be allowed to betray the people in order to defend the prime minister and the government.

The ceremony ended with the singing of the National Anthem as those present switched on the torches of their mobile phone creating 'a thousand points of light'. 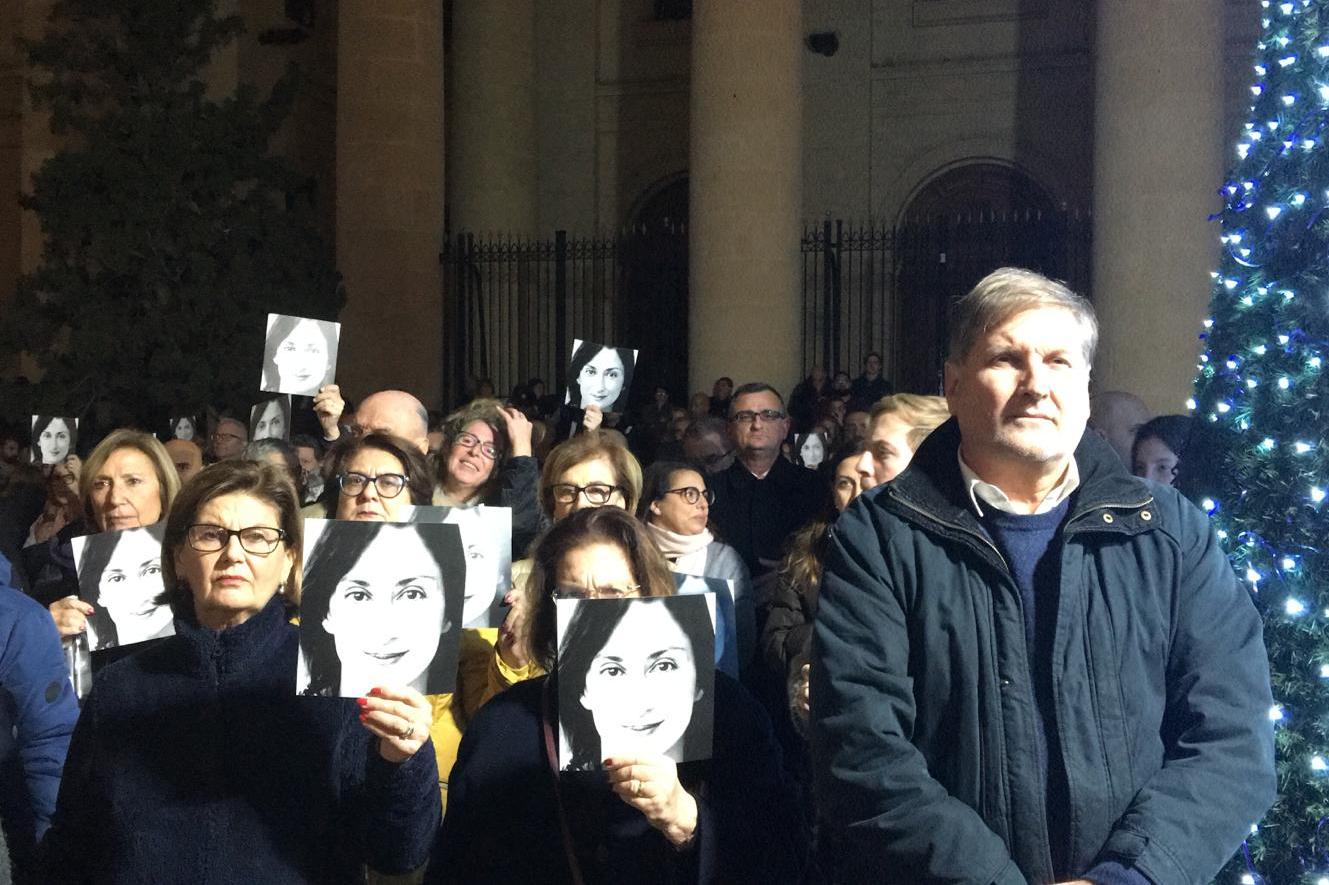