Veteran actor John Suda has had his teacher’s warrant revoked, a notice on Tuesday’s Government Gazette has revealed, following his conviction of violent indecent assault.

In October, the veteran actor was found guilty of an assault on a 22-year-old aspiring actress and given a suspended sentence after it was proved that he had used his teaching techniques to force the victim to submit to his will.

In a notice in the gazette, the Ministry for Education said Mr Suda was “no longer qualified to retain a teacher’s warrant”.

“Mr Suda’s teacher’s permanent warrant number 2719 is being revoked with immediate effect and he is therefore no longer in possession of the teacher’s warrant,” the notice reads.

The case involving the 66-year-old actor goes back July 2015 when the actor was holding auditions at a massage parlour in Fgura, which he used as a studio.

The woman had auditioned for a role in a soap opera that was to be screened on local television and had subsequently been contacted by Mr Suda, as scriptwriter, through a Facebook message inviting her to a one-to-one coaching session to improve her diction and stage confidence.

Blindfolded student, asked her to strip down to her underwear

When she turned up for the audition, the woman was led to a room and Mr Suda then proceeded to lock the door, pocketing the key, before asking her to go over the script.

Soon after, Mr Suda blindfolded the student and asked her to strip down to her underwear and walk around the room, reciting her lines. 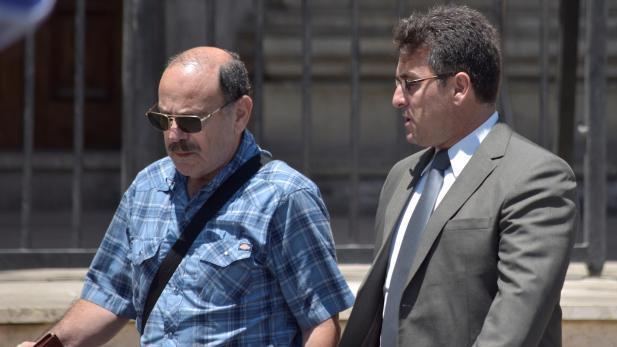 When the woman expressed discomfort and reluctance, Mr Suda insisted that the exercise was intended to help her get over any inhibitions. This, the actor had insisted, was an essential step towards becoming an actress.

As the session progressed, Mr Suda began to fondle her, kissing her on her face and neck and pulling her towards him, placing his private parts inside her mouth, in spite of the woman’s continued reluctance.

Insisting that she was “stiff” and needed to forget her inhibitions, the actor went on until the woman, unable to bear it any longer, burst into tears. It was then that Mr Suda had called it a day, unlocking the door and telling her that the session was over.

Handing down the judgement in October last year, Magistrate Audrey Demicoli had found Mr Suda guilty of violent indecent assault and had handed him a 12-month jail sentence suspended for two years. He was also placed under two-year protection order.