Actor and Occupy Justice activist Pia Zammit has lost a libel suit over a front-page story published by it-Torċa last year, linking her to Nazism, based on a picture taken backstage during a comedy production.

The story was based on a photo of Zammit in Nazi costume, taken backstage during rehearsals for a theatrical production of the wartime comedy ’Allo ’Allo, a popular BBC sitcom of the 1970s, staged at the Manoel Theatre back in 2009.

The actor and Occupy Justice activist had landed the role of Michelle Dubois, a member of the French Resistance, involved in trapping the Nazis and saving the French people.

“Nowhere am I referred to as an actor. I was on the front page. Just my photo,” Zammit had testified during the court proceedings filed against Victor Vella, editor of the Maltese newspaper.

“Being called a Nazi was the worst insult,” the applicant had explained.

Her lawyer, Joseph Zammit Maempel, had argued that the editor, “knew about it and he knew about Pia Zammit’s role in the play,” and yet, had published a two-page spread claiming that to pose in Nazi costume was disgusting, offensive and insensitive. 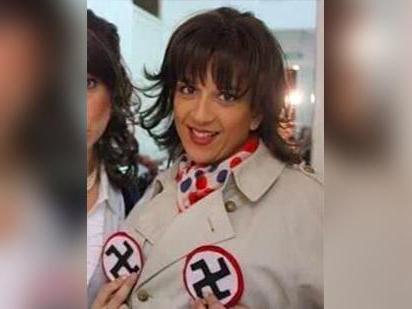 Zammit said that when the newspaper printed this photograph of her backstage at the 'Allo, 'Allo performance, they did not mention anywhere that she was an actor.

On the other hand, Aron Mifsud Bonnici, the respondent’s lawyer, had rebutted that the editor had a right to express disagreement over the photo of the actress using the Nazi symbol, that was being shared on social media.

“The controversy lies in making fun of Nazism,” argued Mifsud Bonnici, adding that it had been no “candid photo” but one wherein the actress had been fooling around, posing in Nazi costume.

“Doing something silly about matters of great importance is insensitive,” the lawyer had argued.

When delivering judgment on Thursday the court, presided over by magistrate Rachel Montebello, started off by observing that the action had been filed under the Media and Defamation Act which repealed the Press Act in 2018.

The new law, modelled on the UK Defamation Act, had introduced new concepts, including the criterion of ‘serious harm’ which set a much higher and onerous threshold for an applicant to successfully claim defamation.

It had to be proved that the allegedly libellous publication affected the attitude of others towards the person claiming defamation, in such manner as to seriously harm his or reputation.

The photo itself, that sparked the whole controversy, revealed no link to the 'Allo 'Allo performance, observed the court.

When posing in such a manner, the actress had subjected herself to criticism, especially since the sufferings caused by Nazism were still imprinted in the memories of members of society, having possibly even been experienced first-hand.

Zammit had first uploaded the photo on her Facebook page before it was shared by third parties in 2018, observed the court, adding that therefore the applicant had to accept criticism, even if negative and sharp.

The editor had also published the actress’s own explanation, which meant that the publication had served as a platform for Zammit to clearly put forward her own version.

Moreover, nowhere in the story had she been labelled a Nazi, the court went on.

The publication concerned a matter of controversy, irony and lack of sensitivity, without attributing any particular facts to the actress that could seriously harm her reputation, the court concluded.

In a reaction, the Malta Entertainment Industry and Arts, MEIA, said it is deeply concerned with the judgement on the libel case filed by the actress.

"If courts of law are unable to differentiate between the performer and the characters they play, then today we have established a dangerous and serious precedent that threatens the work of performing artists and freedom of creative expression.

"We express our solidarity with Pia Zammit. When one of us is not protected, then none of us are. MEIA will take all the necessary action to protect the Maltese artist."