The teachers at an Afghan midwifery college in a Taliban stronghold have dodged bullets through their office windows and seen their last training centre blown up.

But they kept working for the sake of the mothers and babies in their rural community.

Now, with the Islamist hardliners in control of Afghanistan, the instructors are calling on the new government to allow them to continue their work in peace.

“I do my job because of a sense of humanitarianism and patriotism, and because I feel the need to serve my community and the most oppressed members of our society: women and children,” teacher Shafiqa Bironi told AFP.

“Our demand now is that the Taliban provide a safe and open space for women to at least be able to help other women,” the 52-year-old said.

“It is important for every citizen to serve their country and community by any means in any area, be it education or health because our people really need it"

The Community Midwifery Education School in Maidan Shar, the capital of the central Wardak province, has 25 students who will graduate in May 2022 after a stop-start two-year programme because of the unrest and the coronavirus pandemic.

At times during fierce fighting between the Taliban and former government forces the school would get caught in the crossfire, forcing teachers and students to bolt themselves behind steel doors.

In 2013, the previous school site was completely destroyed in an explosion targeting a prison next door that housed Taliban fighters.

Running a school of life

The Taliban, known for their oppressive rule from 1996 to 2001, have effectively excluded many women and girls from education and work, while some healthcare workers, encouraged to return, have been too afraid.

In May, the Taliban began snapping up government-controlled districts in Wardak province, before the whole country finally fell to the group in mid-August.

For now, the new rulers have not imposed any new rules that would impact the work of the midwifery college.

Fazly said local Taliban loyalists' wives and children are among those who rely on its services.

The biggest challenge facing the midwives, like many healthcare workers across the country, is that they have not received their salaries for four months because of Afghanistan's dysfunctional banking system.

Steep progress has been made over the past 15 years, thanks in part to international aid organisations supporting healthcare facilities and training programmes like the one in Maidan Shar.

But Afghanistan still has one of the highest infant mortality rates in the world and thousands of Afghan women die every year from pregnancy-related causes, most of which should be easily preventable.

Fazly set up the centre in 2004 to “overcome these challenges, particularly in our province”.

The trainees study in a room lined with posters raising awareness on obstetric care as well as Covid prevention. 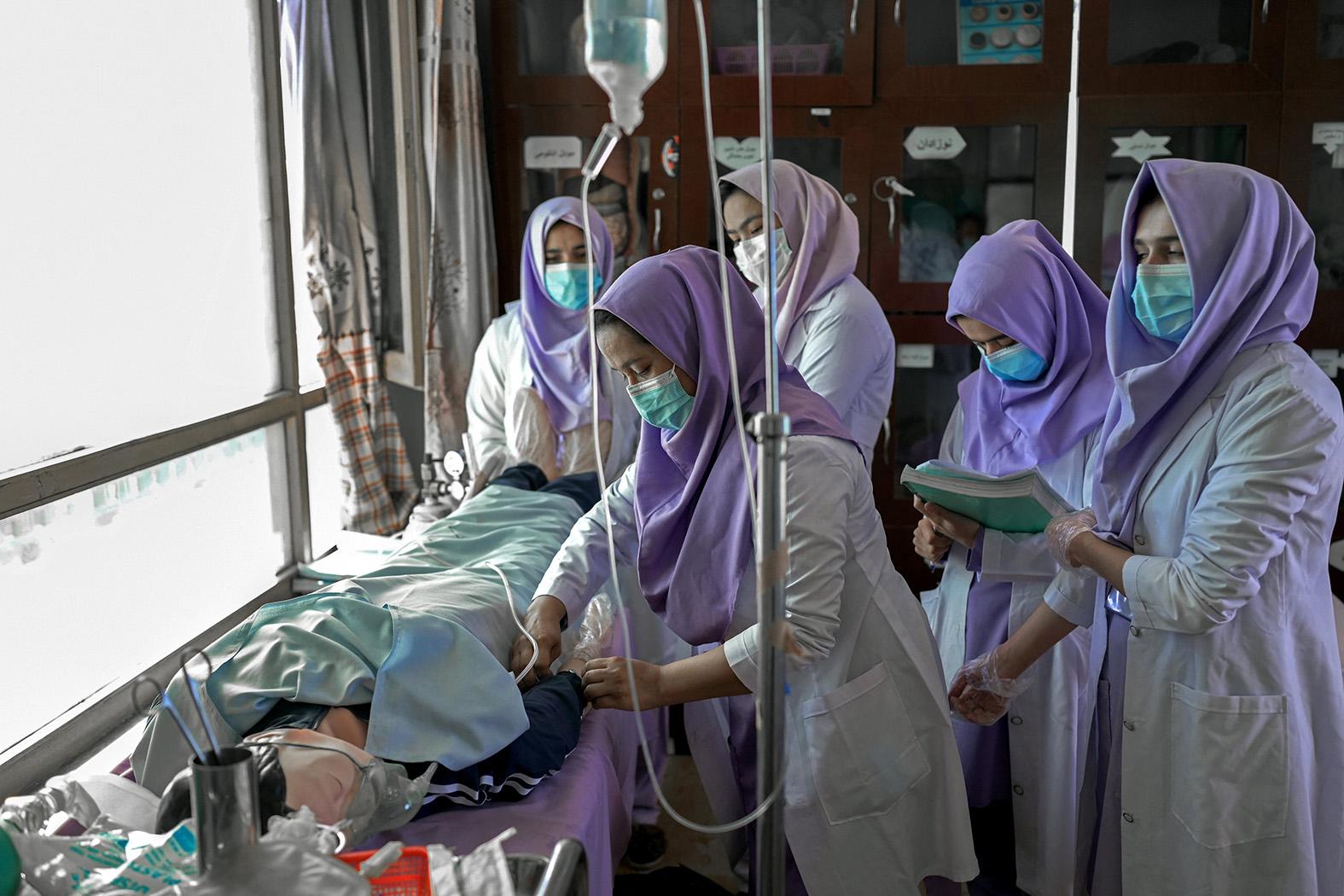 The teachers at a midwifery college in a Taliban stronghold in central Afghanistan have dodged bullets through their office windows and saw their last training centre blown up.

During a visit by AFP, about 10 women wearing white lab coats and headscarves gathered around plastic models of female anatomy and medical equipment, discussing labour and emergency procedures.

Since its founding, 181 women have graduated from the school.

“It is important for every citizen to serve their country and community by any means in any area, be it education or health because our people really need it,” Fazly said.