Afghanistan on Tuesday launched a COVID-19 vaccination campaign aimed at inoculating hundreds of thousands, as the war-weary nation reels from near-daily attacks by insurgents.

Doctors, security personnel, and journalists were among the first volunteers to receive doses of AstraZeneca’s COVID-19 vaccine, donated earlier this month by India.

"We don’t expect any miracles, but let’s help this campaign to be implemented justly," the country’s acting health minister Waheed Majroh added.

Afghanistan is believed to have been hit hard by the COVID-19 pandemic in the last year, but limited testing and a ramshackle healthcare sector have hampered its ability to track the virus.

Officially the country has recorded just 55,600 confirmed cases and about 2,430 deaths.

But a survey published by the country’s health ministry last August estimated that up to 10 million people – nearly a third of the population – might have been infected with the coronavirus.

Afghanistan is believed to have been hit hard by the COVID-19 pandemic in the last year, but limited testing and a ramshackle healthcare sector have hampered its ability to track the virus.

Kabul, along with urban areas across the country, have been rocked in the recent weeks by frequent explosions on an almost daily basis amid fraught peace talks between the government and the Taliban.

Decades of conflict have slowed past vaccine drives in Afghanistan, including an anti-polio campaign, with swathes of the country under the control of insurgents making access difficult for inoculation teams.

The war-torn country kicked off its vaccine drive as controversies dogged inoculation plans across the globe, with accusations of dose hoarding, supply shortages and logistical headaches slowing the delivery of jabs. 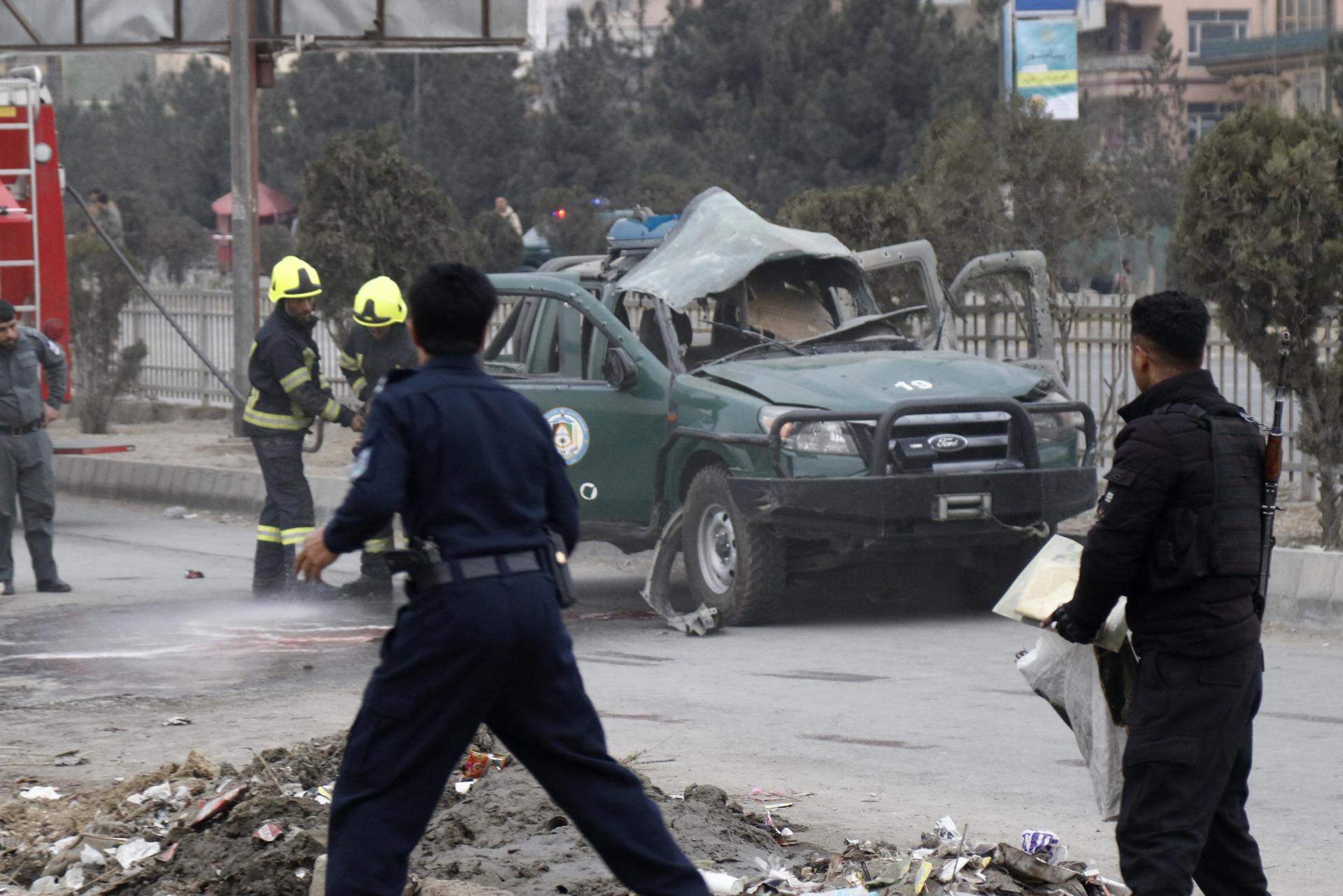 Policemen arrive at a site of a bomb blast which killed at least two people and injured five others, in Kabul on February 21, 2021. Photo: AFP