An AFM patrol boat rescued 87 migrants off Lampedusa overnight and brought them to Malta on Wednesday morning.

The Armed Forces of Malta said it was informed by Rome rescue centre on Monday evening about the presence of the wooden boat with 87 migrants on board. The boat was located some 30NM south of Lampedusa.

An Italian naval asset operating under Frontex, the EU border control agency, was dispatched to assist. However the vessel was unable to provide any assistance due to technical faults.

Times Talk: 'They say we help smugglers... but they're the ones financing them'

This was the first major rescue of migrants by the AFM since 180 were picked up at the end of December and 69 more were rescued a few days previously. Most were later transferred to other EU countries along with other migrants rescued by NGO rescue ships.

Prime Minister Joseph Muscat announced on Wednesday morning that another group of migrants brought to Malta a few weeks ago had left for France.

No further details were immediately available. 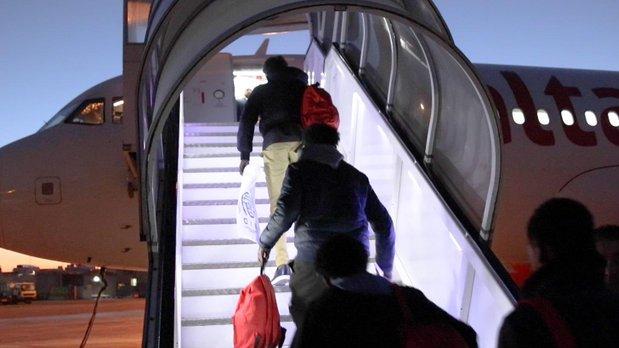