The Vittoria shipyard in Italy has launched what will be Malta's biggest ever offshore patrol vessel (OFV).

The hull of the 74.8-metre-long vessel was slipped into the water during a ceremony attended by the shipyard's president, Luigi Duò, and AFM commander Brigadier Jeffrey Curmi.

The service currently has two large patrol boats. The ​53.4m-long P61 was built in Italy to Maltese requirements on the basis of the Diciotti design and commissioned in 2005. P-62, a former Irish Navy vessel, has a length of 65.2metres. P-62 is expected to be retired once P-71 enters service. 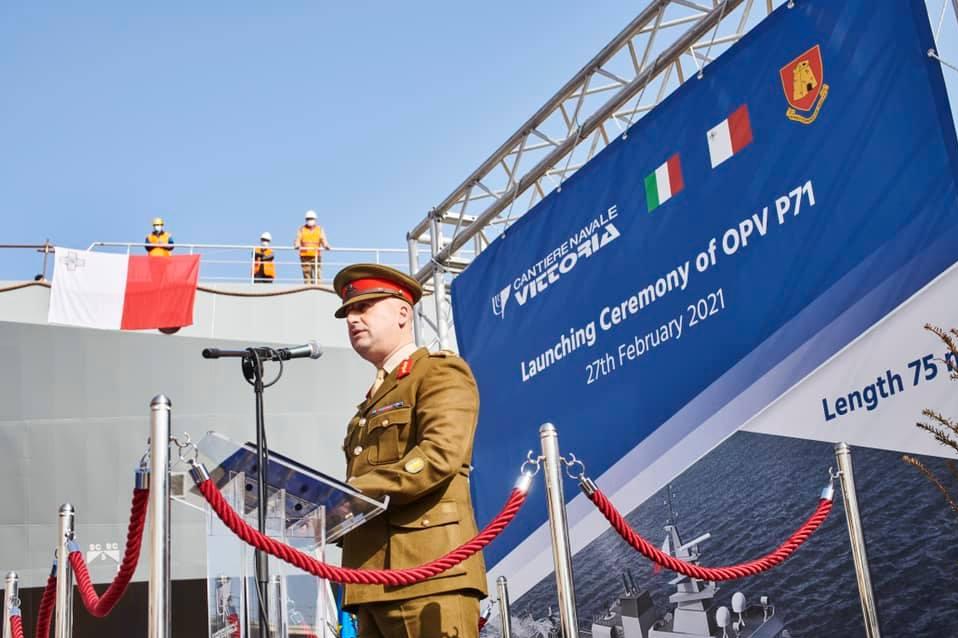 Brig Curmi speaking during the launch.

The P71 project was conceived in 2015 and the contract was awarded to Vittoria last year. Three-quarters of the €49m cost is being financed by the European Union's Internal Security Fund (ISF).

It will have a crew of 50 and space for an additional 20 personnel.

The design includes a flight deck and the capacity to refuel a 7-ton helicopter, such as the AW139 currently in AFM service, but there is no hangar. 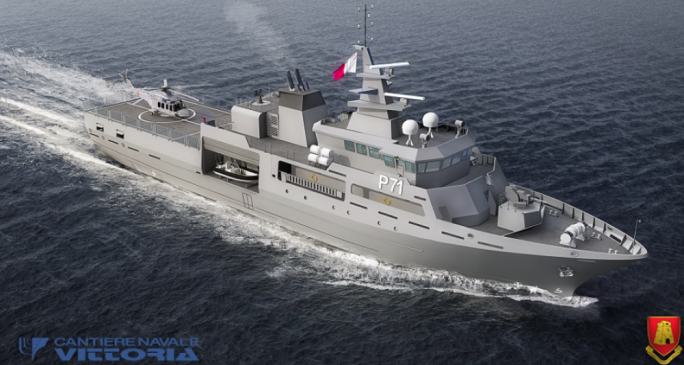 An impression of the new OPV once completed.

The vessel has launch and recovery control stations in the stern and one of its sides for 9.1-meter RHIBs with additional space for supplies and personnel. Both RHIBs are capable of a maximum speed of more than 40 knots. There are doors on the overhead flight deck for the loading/unloading of supplies.

P71 will be powered by a hybrid system consisting of two 5,440 kW diesel engines that integrate with electric motors driving two variable-pitch propellers for up to 23 knots. There are bow and stern thrusters as well as active-fin stabilizers for improved stability.

Vittoria said the P71 will be armed with a remote-controlled 25 mm gun mount and various calibre light machine guns, while the integrated command, control, and navigation system includes a 2D surveillance radar and satellite communications. 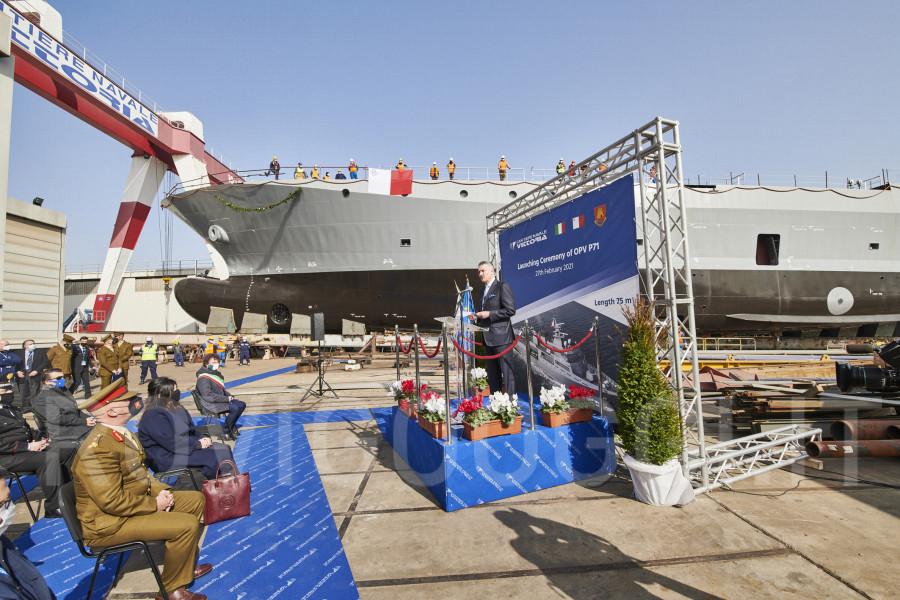 The launch ceremony at Vittoria Shipyard.