When Richard Cumbo returned to Malta for Christmas for the first time in 70 years, he was pleasantly surprised to come across nativity scenes across all parts of the island and he hopes cribs are not replaced by festive trees as happened in Canada, the place he calls home.

Born in Malta to Mary and Joseph, Cumbo left for Canada in 1951 when he was nearly four years old. 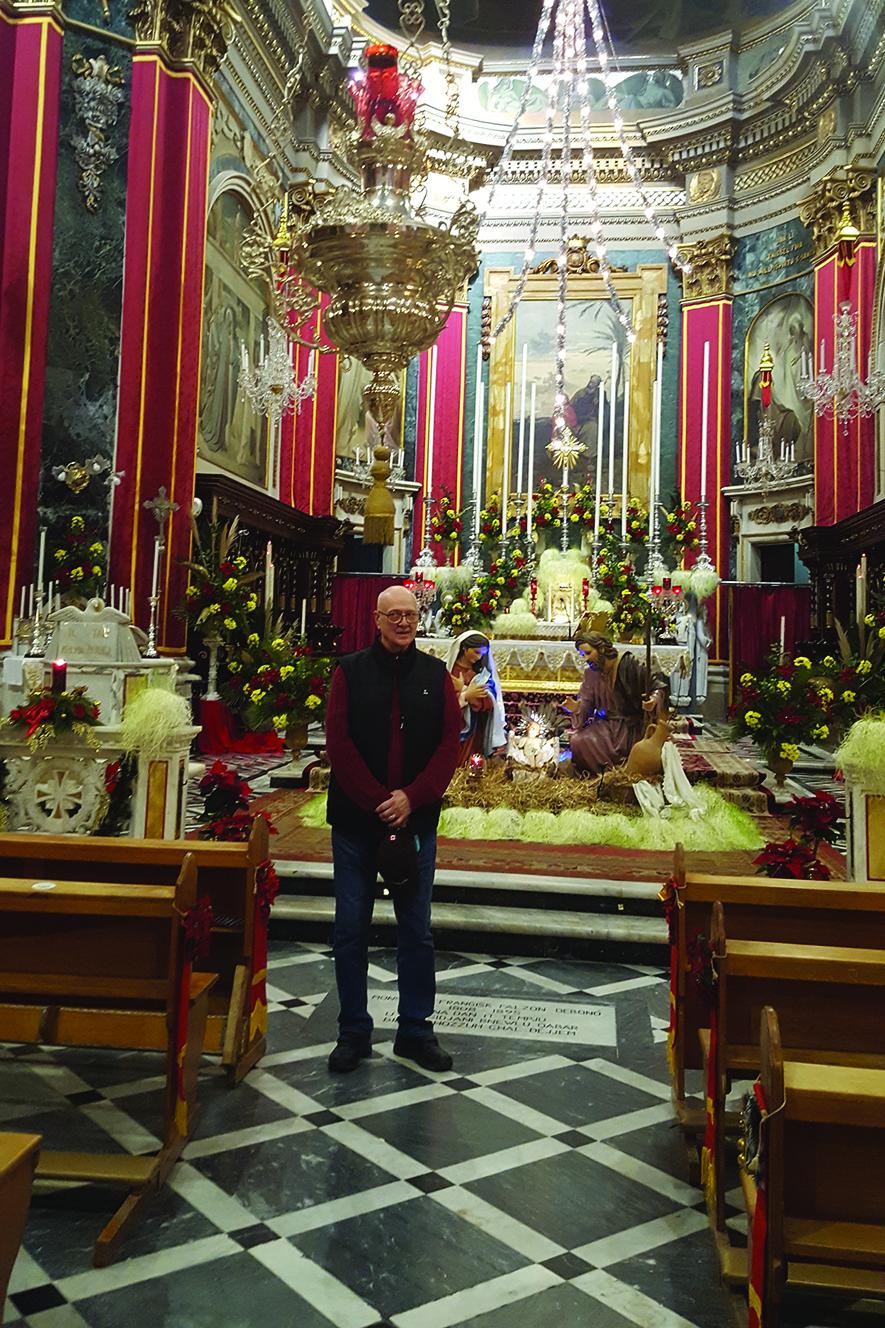 Despite visiting Malta several times since then, the closest he had ever come to a Maltese Christmas were the stories his relatives recounted in between sips of imbuljuta, a tradition that has been kept alive by emigrants in Toronto.

“Celebrating Christmas here made me think of my family back then and how they must have come together to celebrate this important event.

“Over the years, I had often heard how elaborately decorated the churches, streets, people’s homes and shops are,” the curator of a Maltese-Canadian museum in Toronto told Times of Malta during a trip to his “home away from home”.

“Well, I sure found out that it is true, the islands are really beautiful during this time of the year. What I like the most is that the religious aspect of Christmas is kept alive through nativity scenes seen across the islands.

“In Toronto, the only place you would see a nativity scene is inside and, in some cases, outside Roman Catholic churches. What you do see on some people’s front gardens are signs reading ‘Keep Christ in Christmas’.”

And while he believes that his first Maltese – and sunny - Christmas in 70 years is quite faithful to the accounts he has heard over the years, there is one addition he noticed that did not feature much in Christmases of the past: the festive tree.

He truly hopes that, over the years, it does not replace the nativity scene in Maltese homes.