Attorney General Peter Grech warned police to tread carefully on the Panama Papers investigations as this could trigger trouble and unrest in the country, a court heard on Wednesday.

Abdilla, who was sacked from his role last month, has been criticised during has time leading the unit for failing to press charges in major cases of alleged white-collar crime.

During the inquiry on Wednesday, Judge Joseph Said Pullicino referred to an Economic Crimes Unit file in which there was advice from Attorney General Peter Grech.

“What about the Attorney General’s advice to tread carefully regarding the Panama Papers, because there was trouble brewing for the country? Was that why you did nothing?” the judge asked Abdilla.

He said that he could not recall receiving such advice.

Lawyer Jason Azzopardi, who was present for the hearing on behalf of the Caruana Galizia family, subsequently wrote on social media that the question proved that Grech had asked police to "go slow on this investigation" and called for the attorney general to resign.

His party leader Adrian Delia said Grech should "not only resign but be investigated for crimes against the nation".

In a two-line statement, the Attorney General said he categorically denied Azzopardi's claim on Facebook and called it an "outright lie and calumny". 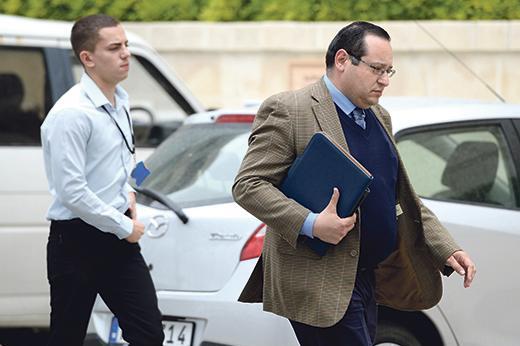 Ian Abdilla was replaced as head of the Economic Crimes Unit in June.

Grech subsequently sent a right of reply through the Department of Information in which he said that "there is no 'attorney general’s advice to tread carefully regarding the Panama Papers because there was trouble brewing in the country'.

The quote, he said, "is from a premise in a question and not from a purported statement of fact."

Published in 2016, the Panama Papers revelations disclosed that former minister Konrad Mizzi and the prime minister's former chief of staff Keith Schembri had secret shell companies in the tax haven. Caruana Galizia who had revealed the news a few months before the Panama Papers leaks.

It was later revealed that these companies had links with 17 Black – a secret Dubai company – owned by Yorgen Fenech who has since been charged in connection to her brutal murder in 2017.

To date none of those mentioned in the Panama Papers revelations have yet been investigated or charged.

On Wednesday Abdilla testified that at the time the police lacked the necessary resources and as they had even “greater cases” which he said never made it to the media.

Judge Abigail Lofaro questioned how it was possible that any other investigation could eclipse the Panama Papers. Yet, Inspector Abdilla insisted, citing the Portman Case and Swedish pension schemes.

These investigations were into claims of a €200 million fraud, with money taken from wealthy Italians and moved to the British Virgin Islands. The Swedish pensions’ case concerned an €80 million fraud run from Malta.