The national airline will axe one of its last free in-flight services when the complimentary ‘baguette’ sandwich ceases being offered to passengers come mid-March. 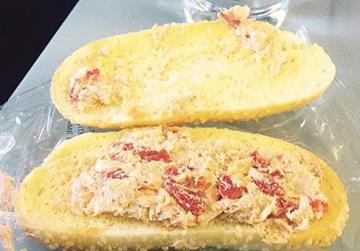 Senior company officials said all in-flight catering services, including water, would be available against payment.

“The [Tourism] Ministry and the board [of directors] have already informed staff that passengers will have to pay for any catering item they request, including water, during the flight,” civil aviation industry sources said.

“This is another cost-cutting measure that will now put Air Malta at par with low-cost airlines,” they added.

The free sandwich, accompanied by a small bottle of water, was introduced in 2015 when the national airline decided to stop serving complete, hot meals to its passengers. The small baguette distributed to all economy class passengers soon gave rise to complaints by customers about the snack’s quality.

The Times of Malta asked Air Malta whether it could confirm the decision and what had led to it, but no replies were forthcoming by the time of writing.

It also could not be immediately confirmed whether complimentary catering services will still be offered to passengers in business class.

The national air carrier has gradually been transformed into a low-cost carrier, offering similar services and introducing new charges. Fares have been lowered drastically, and it now competes with airlines such as Ryanair on certain routes, but the sources noted that passengers were made to pay for additional services, such as luggage.

Following a failed five-year restructuring exercise and an unsuccessful attempt to sell a major stake of Air Malta to Italy’s Alitalia, the company embarked on a new strategy last summer aimed at increasing traffic and revenue.

During the 2013-2017 Labour legislature, then tourism minister Edward Zammit Lewis embarked on a cost-cutting exercise by shrinking the airline, reducing flights and planes.

His successor, Konrad Mizzi, has, however, adopted a different approach, preferring to focus on a growth strategy.

Air Malta aims to break even by the end of next month, having failed to reach that same target last year.