At a new playground in central Warsaw, algae feast on pollutants and carbon dioxide to provide a bubble of clean oxygen in a city ranked as one of the most polluted capitals in the EU.

"There is untapped value in bringing the bio-intelligence of natural systems into cities," said Marco Poletto, co-founder of the ecoLogicStudio urban design firm behind the project.

He suggests "turning buildings into living machines that produce energy, store carbon dioxide and clean the air," according to a statement.

The Polish capital was selected for the inaugural edition of the AirBubble as the city is in particular need of clean air. 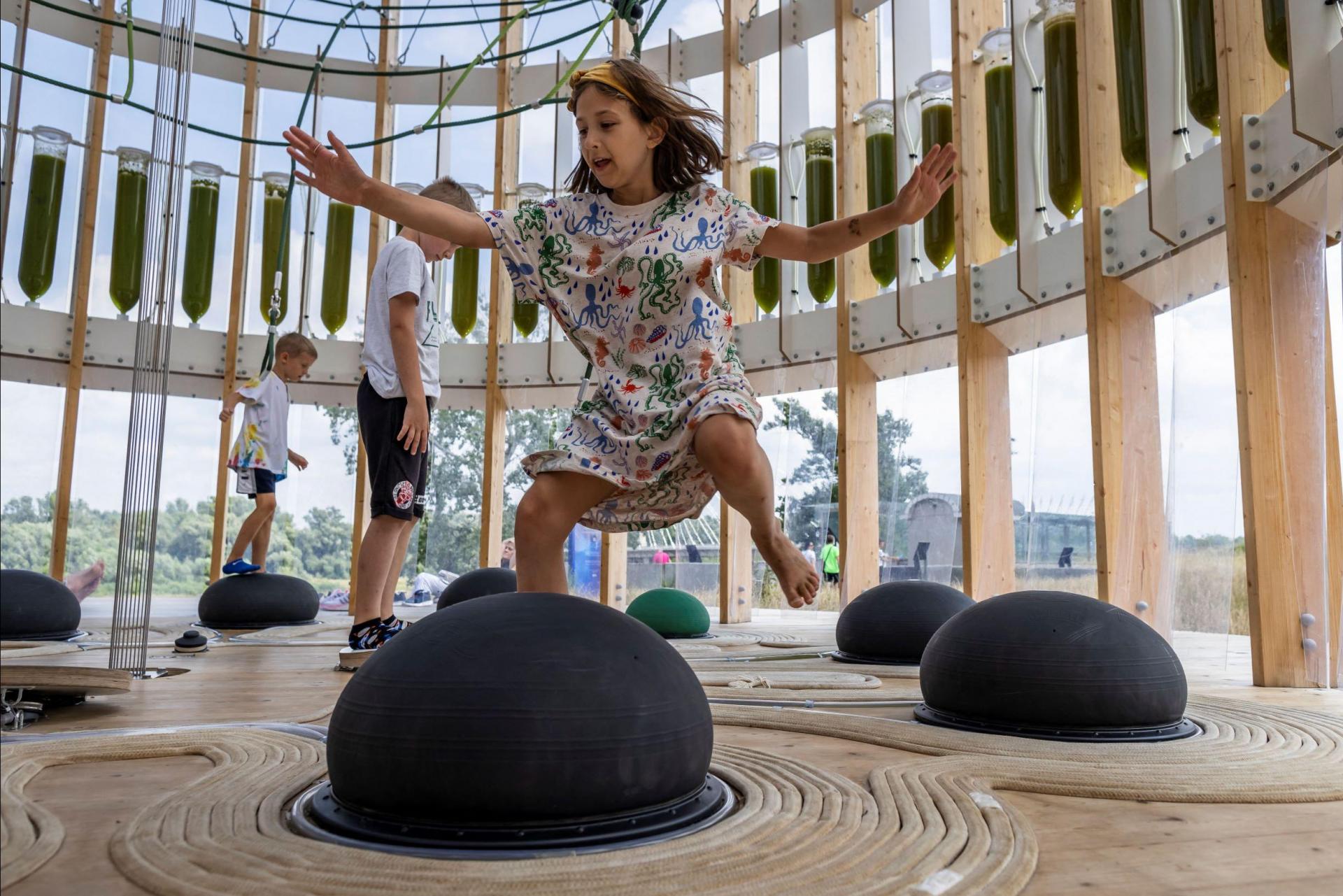 Nine-year-old Anielka plays in an AirBubble.

According to data released by the European Environment Agency (EEA) last month, Warsaw ranks 269th for air quality on a list of 323 European cities.

The list was created based on the average level over the past two years of fine particulate matter (PM2.5), the air pollutant with the highest impact on health.

The EEA blames air pollution – caused in large part by the burning of coal – for an estimated 50,000 premature deaths per year in the country of 38 million people.

The bubble is outfitted with dozens of glass cylinders containing algae immersed in water that feast on air being pumped in from below.

The green organisms consume polluting molecules and carbon dioxide before releasing clean oxygen out the top of the bioreactors.

The small circular playground is located next to the riverside Copernicus Science Centre, which stations an employee there to answer any questions and make sure no one gets hurt.

At a new playground in central Warsaw, algae feast on pollutants and carbon dioxide to provide a bubble of clean oxygen in a city ranked as one of the most polluted capitals in the EU. Video: Damien Simonart/AFPTV/AFP

On a recent warm afternoon, children of various ages monkeyed around in the bubble: shrieking, laughing, they hopped on rubber bubbles and swung from rope.

"This is fun," shouted eight-year-old Ania, while jumping.

"It's pretty cool. Especially in a big city, right? Because you know: pollution and smog and everything," the 42-year-old English teacher told AFP.

"This gives the kids, at least, a chance to breathe some fresh air."

She said that where they live, in the western city of Wroclaw, many people still heat their homes with coal, so the air quality is "terrible". 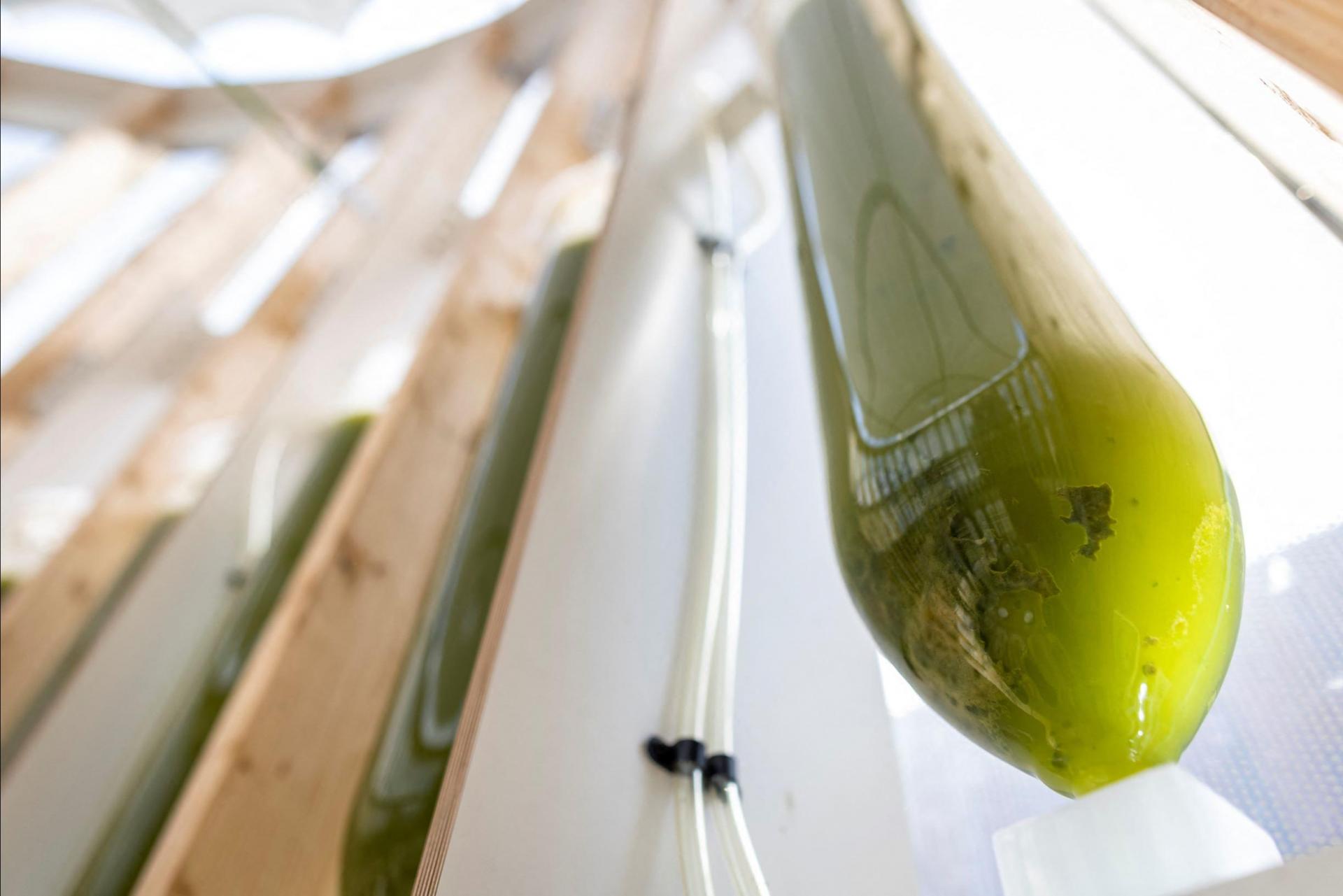 Tubes with algae are seen inside an AirBubble, an innovative playground providing clean air thanks to algae that absorb pollutants and carbon dioxide and in return produce oxygen.

The AirBubble will be in place until November for now, but could possibly become a permanent fixture.

There are plans to install bubbles in other cities too.