The Attorney General has failed to overturn a decision declaring that “very determining” statements given by two men awaiting trial for the murder of Albert Brian Rosso "inadmissible" because they had been given without legal assistance.

This was the outcome of a judgment delivered on Wednesday in appeal proceedings against Anthony Bugeja, 54, and Piero Di Bartolo, 48, who stand accused of murdering Rosso following an argument over a fishing vessel co-owned by Bugeja and the victim.

The case dates back to October 10, 2005 when Rosso last reported for work at the San Luċjan Aquaculture Centre, later heading out to meet his business partner. 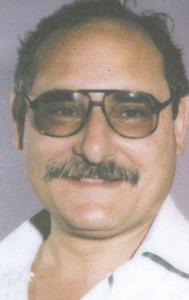 Albert Brian Rosso
That was the last time Rosso was seen alive.

He was reported missing by his wife who immediately told the police that he was being threatened by some Italian guy over the fishing vessel.

This meant that, from the very start, the police worked upon the suspicion that Rosso’s disappearance had something to do with his fishing business.

They were neither cautioned nor allowed to seek legal assistance, a right which at the time was not provided for under Maltese law.

Subsequently, both were charged with wilful homicide, possessing a firearm while committing a crime against the person as well as disposing of the corpse.

Police claim that a violent row broke out when Rosso met Bugeja outside his Marsaxlokk home over the fishing vessel Desiree.

Bugeja allegedly fetched a firearm and shot Rosso in the presence and in agreement with Di Bartolo who used to operate the vessel.

The men then allegedly placed the victim’s body inside a sack, transported it out to sea and dumped their load near the Freeport, weighing down the sack by means of some stone blocks.

Earlier this year, the Criminal Court, presided over by Madam Justice Consuelo Scerri Herrera, had declared the accused’s statements as inadmissible since they were given without legal assistance and could thus result in irremediable prejudice for the accused.

That position was confirmed on Wednesday when the Court of Criminal Appea,l in its superior jurisdiction, threw out the Attorney General’s arguments, observing that such statements were “very determining” especially in light of the fact that Rosso’s body was never found.

The AG argued that the accused had not been allowed to communicate with a lawyer in the very early stages of the investigation because any communication with third parties could hinder the course of justice.

But that argument was regarded as “senseless” by the court which observed that the only reason why the men were not allowed to speak to a lawyer was because the law did not provide for that right back in 2005.

It was only five years later that the right to consult a lawyer, for not longer than one hour prior to interrogation, was introduced under Maltese law.

In 2016, the right to legal assistance was granted all throughout the pre-trial stage, including during the interrogation.

Investigations had originally focused on the missing person and it was later that the police began to treat this as a murder case.

Bugeja and Di Bartolo began to be regarded as suspects when they gave conflicting versions, each pointing the finger at the other.

Those statements were given without caution and while the men were systematically denied adequate legal assistance both during police interrogation as well as before the inquiring magistrate.

In line with the direction constantly followed by the Constitutional Court, the court, presided over by Chief Justice Mark Chetcuti, Madam Justice Edwina Grima and Mr Justice Giovanni Grixti, rejected the appeal and ordered proceedings to continue before the Criminal Court.

The statements were not admissible in evidence and this was in the interests of justice and the integrity of the judicial process to avoid the risk that the accused’s right to a fair hearing being breached.