Some 425 migrants who were being held offshore on four tourist boats were finally allowed to disembark on Saturday-Sunday night amid fears of a takeover on one of them. Some of the migrants had been held at sea for over a month.

The Captain Morgan vessel Europa II was the first in, arriving at Boiler Wharf in Grand Harbour escorted by two patrol boats after unconfirmed reports that the 160 migrants on board had taken over parts of the vessel, holing up the 30 crew and security officers on the bridge.

In a statement, the government admitted that the decision to bring in the vessel had been made after the situation deteriorated and after a  "commotion" on board.

It also admitted having failed so far to persuade other European countries to take some of the migrants from Malta.

"The government is not ready to endanger the lives of the crew and individuals, including Maltese citizens, working with these immigrants due to the lack of action and solidarity from other member states for these immigrants to be distributed among the countries of the EU," it said.

It said it was continuing intensive negotiations aimed at securing relocation. 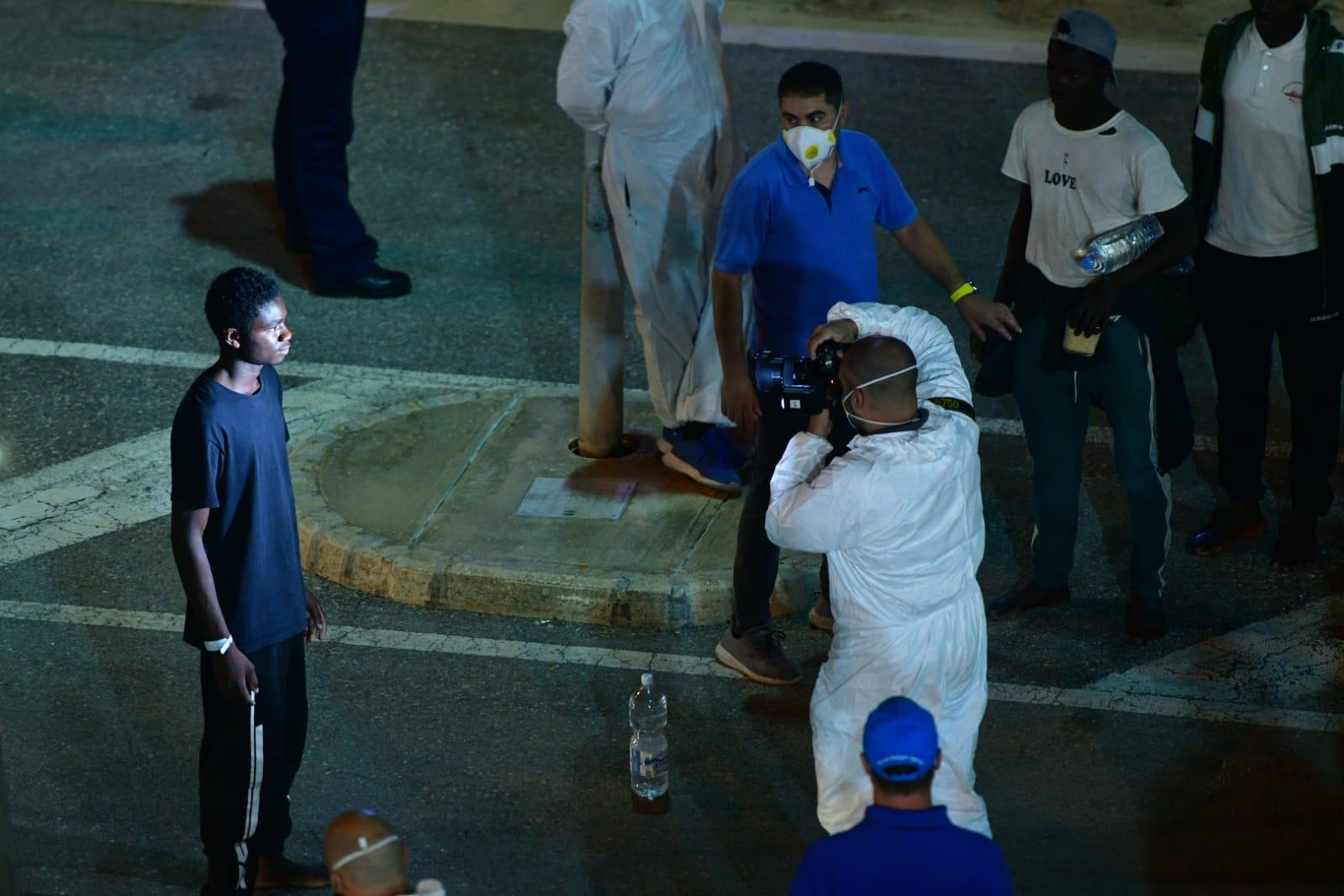 The government started putting rescued migrants on board the chartered boats 40 days ago, holding them just outside territorial waters as it insisted that Malta's ports were closed because of COVID-19, and other European states should take the migrants because Mata's detention centres were full.

Over the following weeks the number of rescued migrants swelled to over 400 and the government ended up chartering four tourist boats at some €3,000 a day. The Europa II was chartered exactly a month ago.

Migrants sent back to Libya

The decision to hold the migrants offshore was the latest effort by the government to come to grips with the migration crisis. Earlier it admitted to having commissioned a fishing boat to carry out rescues, sending at least one boatload of migrants back to Libya. A number of migrants died before the rescue took place. That episode caused an outcry, with rights groups claiming a breach of international law with the migrants having been pushed back to an unsafe harbour. 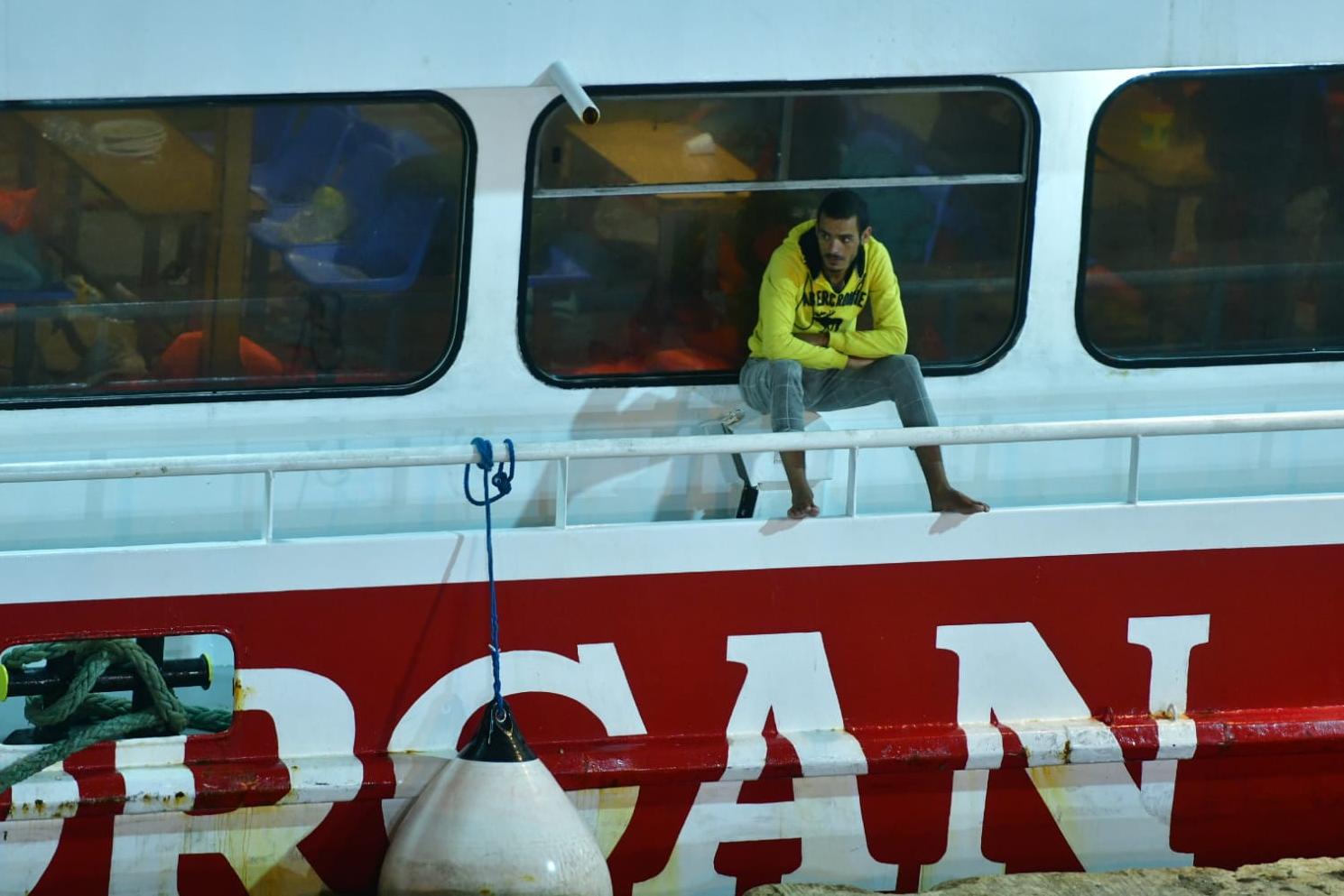 The Malta government came in for more criticism, this time from Italy, when, on May 20, migrants who were on a boat just off the Maltese coast were reportedly not rescued by the Armed Forces but instead given fuel and coordinates to reach Italy. The Guardian newspaper had reported that a prosecutor’s office in Sicily may open an investigation against Malta.

The decision to hold the migrants offshore was also strongly criticised, with some of the latest criticism coming on Friday from the Council of Europe's Commissioner for Human Rights Dunja Mijatović saying the situation was unsustainable and the migrants should be landed immediately. She also backed rights organisations calling for access to the migrants on the boats. 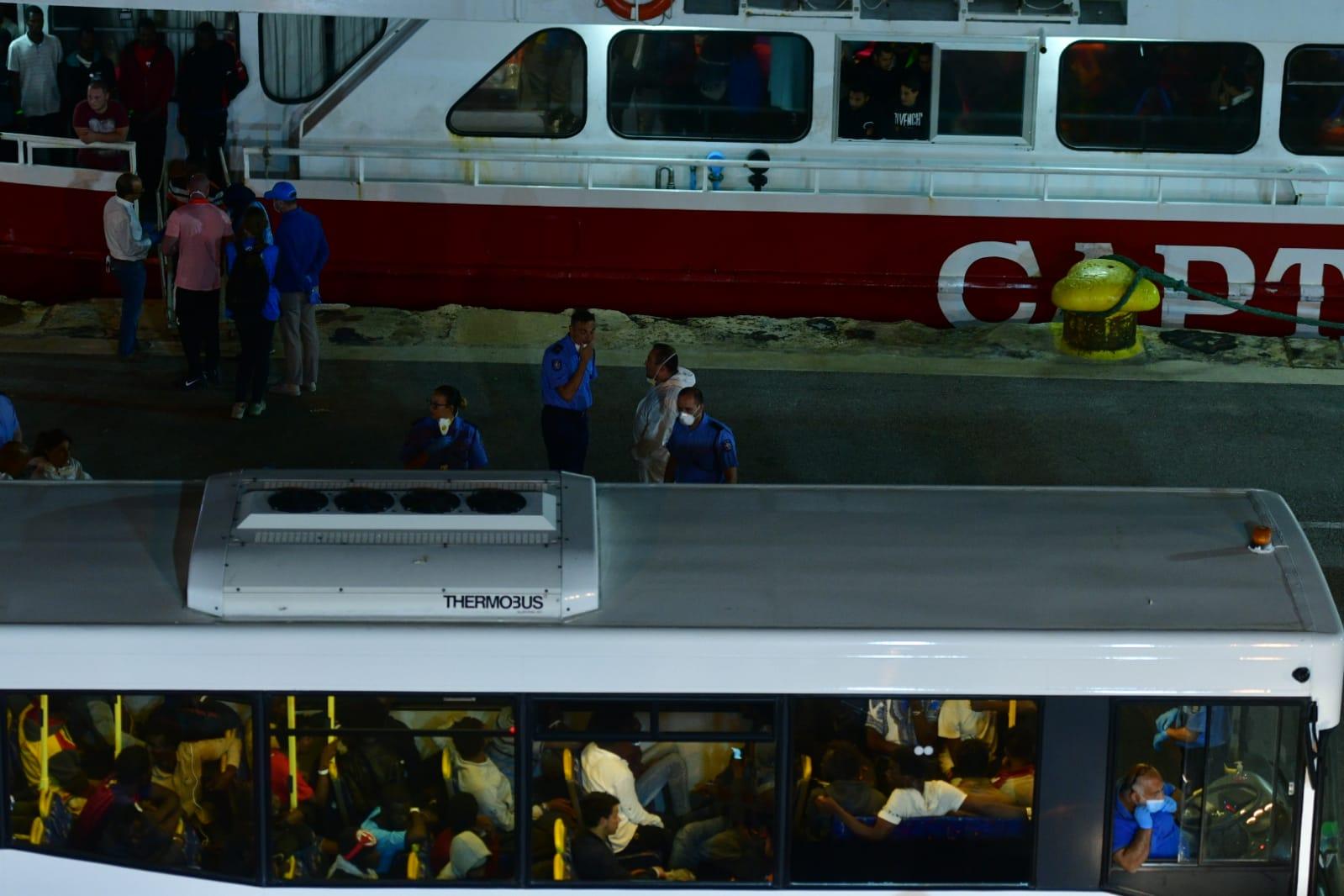 The migrants being put on buses for transport to Hal Far detention centre.

The government had insisted that the migrants were well treated. Footage showed them dancing and playing football aboard. And they got a taste of Malta, with footage having been leaked also showing them dancing to Labour Party slogans. On Saturday, PN leader Adrian Delia said the footage of migrants chanting ‘Viva l-Labour’ was an invitation to other migrants from African countries.

With talks with the EU making little apparent headway, Prime Minister Robert Abela on May 28 made a lightning visit to Libya, where he met his counterpart Fayez al-Sarraj.  They agreed to set up joint coordination units in each country to tackle the migration crisis.

On Saturday night in announcing its decision to let the migrants in, the government said the asylum process would be accelerated for migrants coming from countries deemed safe, and where asylum applications are turned down, repatriation will take place "within days".

"This case demonstrates that, while Malta stood firm while being left alone, nobody in Europe wants to take immigrants in, despite the constant talk of solidarity," it said.

But early in the crisis, on May 3 the European Unios said it wanted Malta to disembark the migrants before discussing relocation arrangements.

An EU spokesman had told Times of Malta that  finding a place of disembarkation for the migrants on the tourist boat was outside of its remit.

“It is a responsibility under international law.”