A company linked to an alleged kidnapper with ties to the prime minister has been awarded a government tender to the tune of nearly €250,000.

Borg, 28, was one of four men charged with a botched kidnapping in February.

A court has heard how he and his associates allegedly threatened to torture their victim and rape his sister. 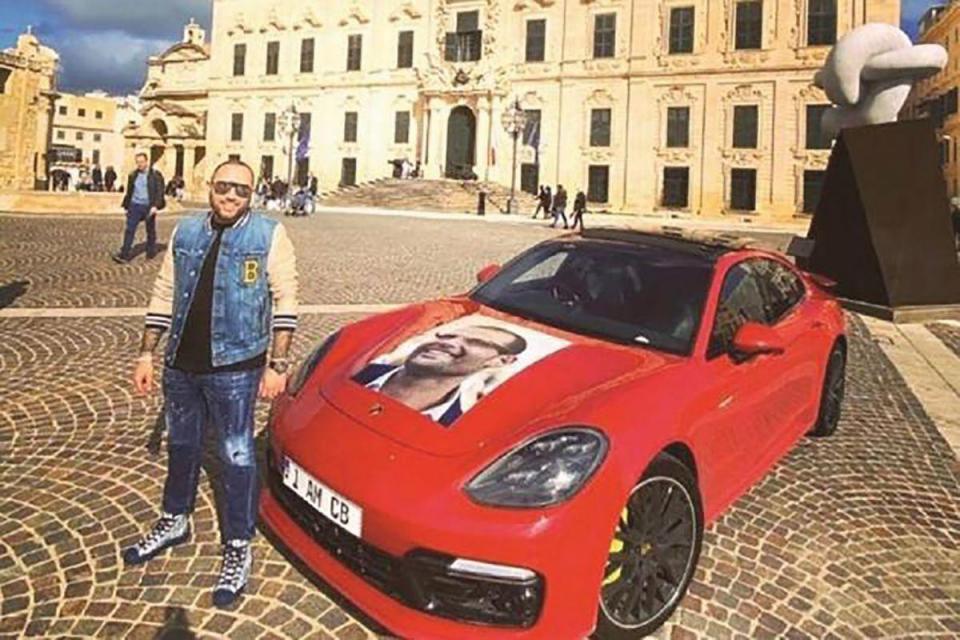 Borg uploaded this photo of his luxury Porsche sports car with an image of Prime Minister Robert Abela's face on its bonnet. He went on to describe him as his legal adviser and close friend.

The deal, first exposed by Times of Malta, had netted Abela €45,000 but the timeline of events raises suspicions over why he entered a contract to buy a field only to transfer his stake in that contract to Borg just a few months later.

At the time, Abela had been the Planning Authority’s legal advisor and he entered the deal only after permits had been issued to develop the plot.

Borg, an auto dealer, amassed millions of euros worth of properties by his mid-20s, partially paying for some of these in luxury and exotic cars.

Police sources confirm he features in a money-laundering investigation.

According to publicly available documents, the government contract awarded to Borg is for 38 low-emission vehicles along with a cargo van and two self-drive vans.  The vehicles are to be supplied to Transport Malta.

The total value is €248,188 excluding VAT and is to be split across three payments.

It was awarded to Princess Operations Ltd. The company’s current director and legal representative is Joseph Camezuli, the Labour Party’s former official photographer.

However, he only took over from Borg, who is now listed as company secretary, after the young businessman was arrested and charged in court earlier this year.

Former opposition MP Jason Azzopardi had spoken out about the tender in parliament in February, raising suspicions of foul play.