A package of loans and grants of almost €1 billion is expected to be offered to Malta by the European Commission to help the country recover from the economic impact of coronavirus.

The one-off proposed €992 million cash injection consists of €350m in grants and €642m in loans, which will be payable by 2058, EU sources said. It is expected to be announced officially on Thursday.

The figures are not finalised and discussions will now start between member states, who will also have to decide whether to take up the loans.

If approved, the sum of loans and grants would be roughly equivalent to the entire amount in grants that the EU has spent on projects in Malta in the last seven years. 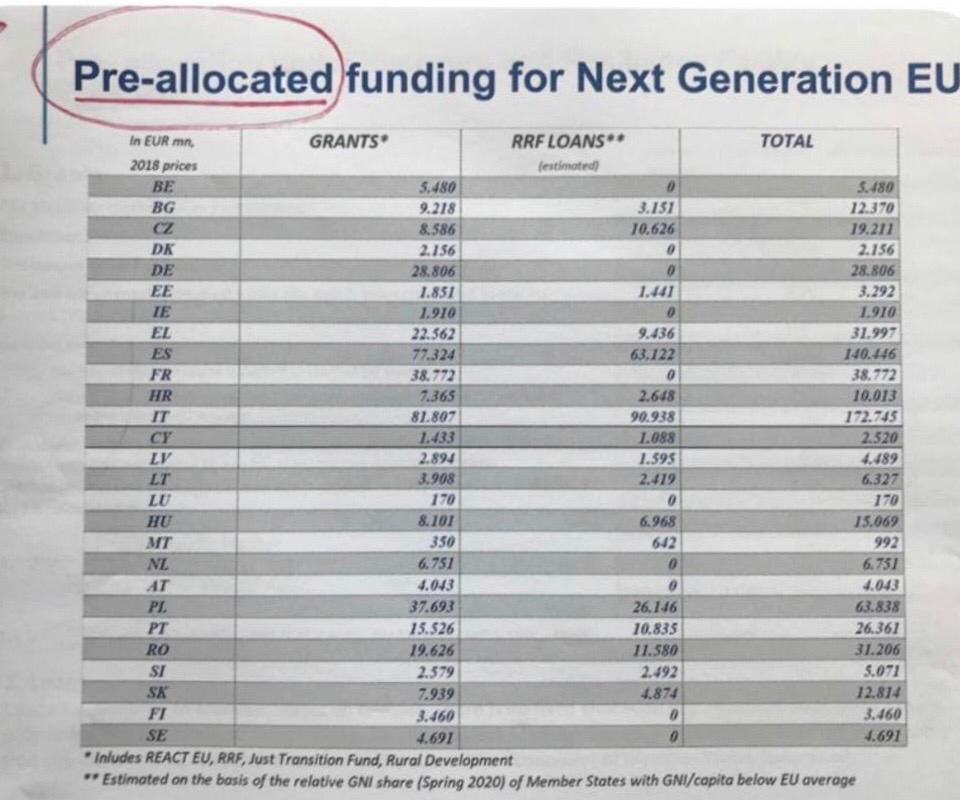 The unofficial document shows the breakdown in funding for countries under the 'Next Generation EU' project.

However, Finance Minister Edward Scicluna had a lukewarm reaction to the announcement, warning that it could spell trouble for Malta’s fight against tax harmonisation.

“It is good fruit, but like a prickly pear it must be handled with care,” he told Parliament. He questioned how the EU would finance the overall plan and whether it would put pressure on Malta's favourable corporate tax schemes for the financial services and gaming industry.

Economists expect Malta’s economy to be impacted by COVID-19 with a slump of between 5.9 per cent and 2.8 per cent this year before rebounding in 2021.

The funds for Malta are part of a €750-billion post-virus recovery fund for Europe proposed by European Union chief Ursula Von der Leyen on Wednesday. She will have to win over sceptical member states to push it through.

MEP Roberta Metsola, head of the PN delegation in the European Parliament, who has been lobbying on behalf of the island for funding said it was a potential "watershed moment".

"These loans and grants are essential to protect jobs, to rescue industries and save livelihoods," she said.

"Of course, one can always make the argument that we could use more or that the funds could be financed differently - and I am sure we will keep making this point going forward - but the overall package for our country and our Union are positive," she said.

"Now the challenge is to drive home that Europe is not only about funds but about democracy, rule of law and solidarity. Europe has shown that is stronger when it acts together and protects its values. "

Labour MEP Alex Saliba said it was "premature" to discuss allocation when the figures were subject to negotiation, and whether a country decides to make use of EU loans.

The global coronavirus outbreak has already thrust the EU into its deepest ever recession, and Von der Leyen's proposal will set out to help the worst affected countries.

If passed, the proposal would be the biggest EU stimulus package in history and could see Europe-wide taxes on plastics, carbon emissions and big tech, a major power boost for Brussels.