Almost half of Malta's air routes have been wiped off the map in less than a year with the global pandemic taking air travel back 15 years, according to Central Bank research.

The Central Bank said that in 2005, Malta had 84 direct air connections, soaring to 125 by 2019, largely due to the introduction of low cost air lines. It also saw the Maltese islands directly connected to 40 countries in 2019, up from 27 in 2005 - with Libya being the only destination to lose its connection during that period.

However, COVID-19 dealt air connectivity "a significant blow": in 2020, over 50 direct connections were lost, with just around 70 remaining active. 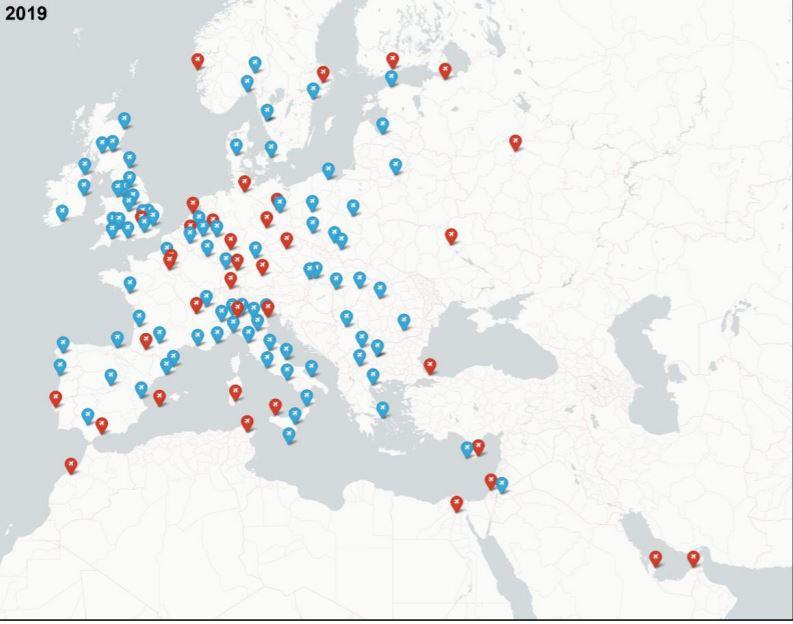 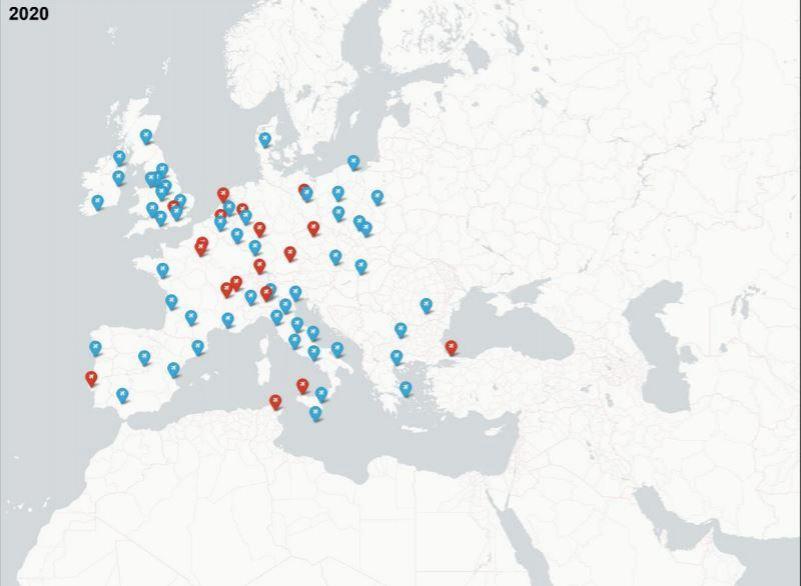 Those dropped included connections to large hubs such as Doha and Dubai, hindering indirect connectivity offered by these hubs, such as to the Middle East and Asia.

The sudden, drastic dip in air connectivity has been mirrored by even steeper declines in tourist numbers: spending by tourists was down 90 per cent this July, with tourist numbers crashed by 66 per cent in August, which is typically the busiest month of the year for air travel.

The Central Bank said in the last 15 years air connectivity in Malta had remained resilient to "various exogenous shocks" including airline collapses, terror attacks and the 2008 global financial crisis.

"However, with the COVID-19 pandemic resulting in the unprecedented closure of Malta International Airport for travellers and quarantine requirements, air connectivity to and from the island has experienced a significant blow," it said.

"Since then, connectivity has significantly declined due to a combination of demand and supply factors, with various airlines downsizing their operations
from Malta."

The Central Bank said it was "crucial" these connections are restored, if Malta is to benefit from an eventual post-COVID-19 recovery.

“While COVID-19 has wiped out a significant number of direct connections from Malta, including connections to important hubs, restoring such connections or establishing alternative ones, will be crucial for the economy to benefit from the eventual global recovery in a post-pandemic environment,” the report says.

The Central Bank said air connectivity plays "a key role" in facilitating economic development through various channels – such as the tourism and aircraft maintenance industries.

The relationship between air connectivity and the economy goes in both directions, as for example, the development of infrastructure such as airports provides an opportunity to promote exports (such as tourism), enhance business operations and productivity, as well as influence company location and investment decisions.

The policy note stressed that policymakers should strive to retain and improve connectivity to large hubs.

It said that notwithstanding the current economic downturn caused by the pandemic, long-term global air transportation is still expected to grow by five per cent each year to 2030.