An American woman, whose request to terminate her non-viable pregnancy has been turned down by Maltese health authorities despite fears for her health, is to be airlifted to Spain where the procedure will be carried out.

Lawyer Lara Dimitrijevic confirmed that the travel insurance of US couple Andrea Prudente, 38, and her partner Jay Weeldreyer, 45, have accepted to evacuate the couple, via air ambulance, given that the situation can be classified as “life-threatening”.

It is expected that they could leave Malta for Mallorca as early as Thursday.

Andrea Prudente remains in a stable condition at Mater Dei and her partner said they are "very relieved" that an end to their ordeal is in sight. 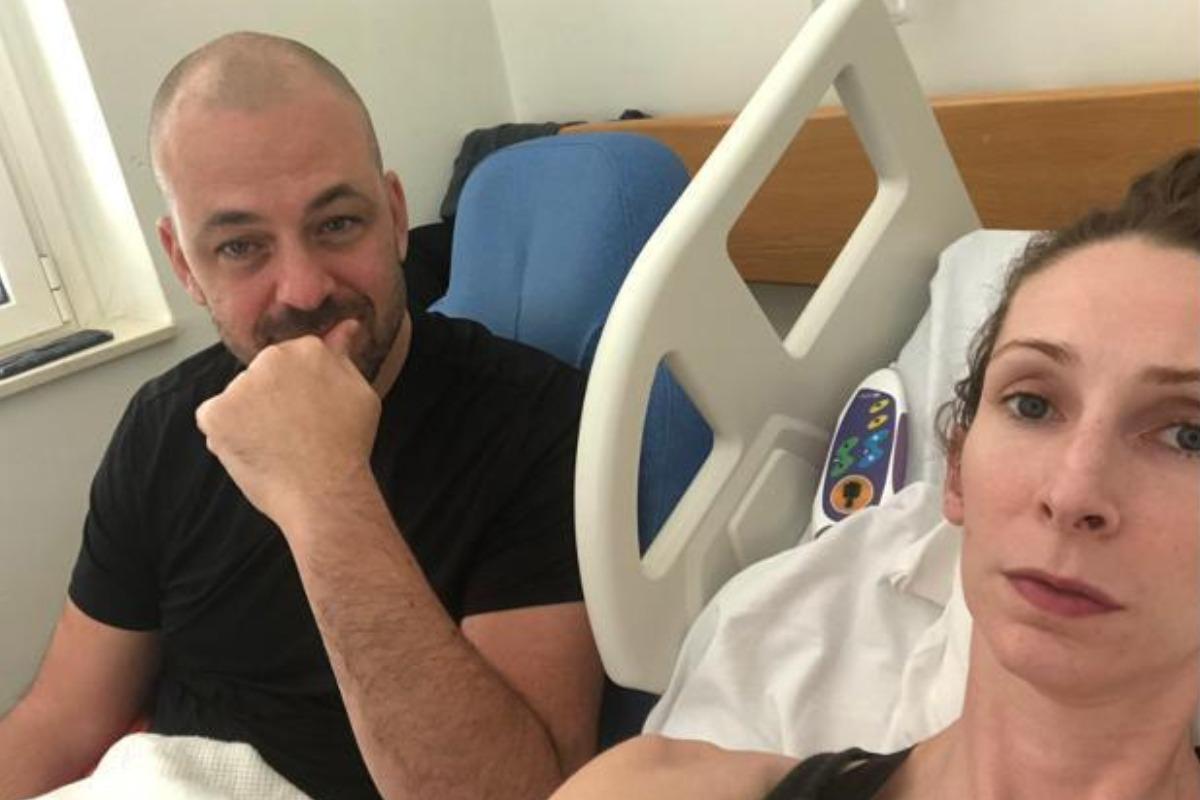 The couple were on a babymoon in Malta when Andrea's waters broke at 16 weeks and are being treated at Mater Dei. Photo: Jay Weeldreyer

However, they will be out of pocket. "Insurance will cover the portion that our benefits allow, and then we pay for the remaining balance," Jay explained.

Final arrangements are being made to transfer Andrea to Spain, where doctors will be able to terminate her pregnancy. Andrea, who is 16 weeks pregnant, was hospitalised at Mater Dei a week ago after her waters broke prematurely resulting in no amniotic fluid left inside her womb.

Doctors have told the couple that the baby has no chance of survival but there is still a heartbeat. The couple are asking for the pregnancy to be terminated because they fear for Andrea’s health.

But doctors have told the couple the can not do anything unless her life is in imminent danger. So the couple are waiting for the foetus to die while fearing that Andrea might get a life-threatening infection.

Malta is the only EU country that has a total ban on abortion in all circumstances. While doctors are said to locally apply the principle of 'double effect', whereby a foetus can be harmed as a result of treating the mother, this remains a disputed legal area.

The couple felt they were left with only one solution: leave Malta and move to a country where the pregnancy will be terminated.

“Let's not forget that here we are talking about a wanted pregnancy," their lawyer Lara Dimitrijevic said.

"Andrea is going through a lot psychologically. But here in Malta doctors' hands are tied since according to law they would be committing a crime by terminating the pregnancy. This case highlights the need to decriminalise abortion."

Jay explained that the couple no longer need the go-ahead from a doctor to leave, because their health insurance has taken over.

They are discharging themselves from Mater Dei "against medical advice" because the hospital cannot advise them to leave to carry out the procedure. It can only advise to keep her under observation.

The couple decided to go public with their appeal after their story was shared anonymously by Doctors For Choice on Wednesday.  The case of Andrea and Jay made international headlines yet the health authorities have still not replied to questions or addressed the situation in public.

The couple, who live in the Pacific North West close to Seattle, US, came to Malta on a babymoon earlier this month. They have been together for about six years and plan to get married, Weeldreyer said.

The couple chose Malta, partly because of its good healthcare and were in Gozo for a few days earlier this month when Andrea began bleeding profusely.

After several trips to Gozo General Hospital, Andrea was eventually told last Thursday that there was no amniotic fluid “and the baby is going to die” .

They were then admitted to Mater Dei Hospital where Andrea has since been kept under observation - waiting for her baby to die.

“We wanted this baby. On the one hand hearing the heartbeat comes with hope that we will be able to hold our baby girl. But that heartbeat is also an obstacle to my partner’s health,” Jay said. 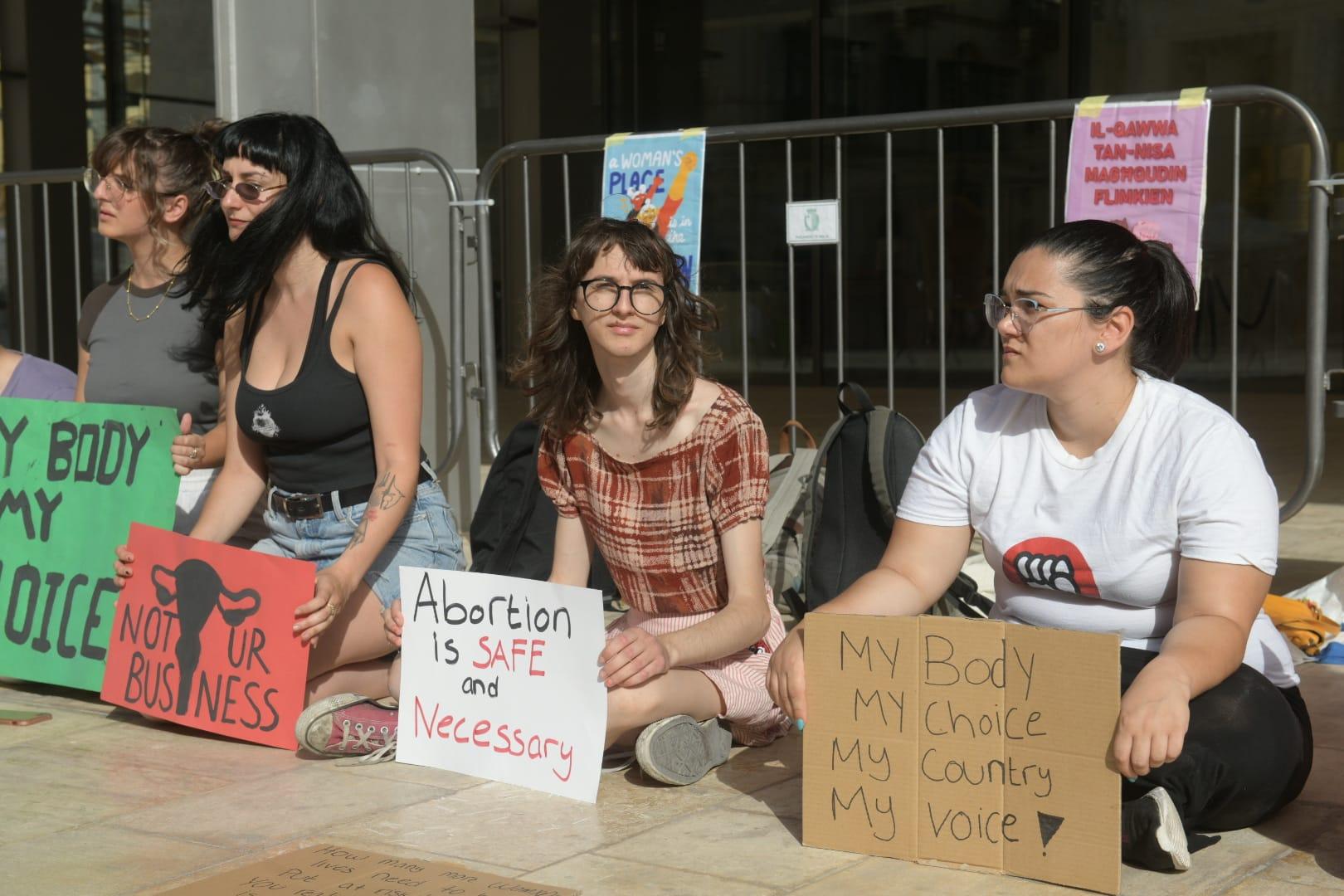 A demonstration outside parliament on Wednesday after news of the US tourists' ordeal emerged. Photo: Matthew Mirabelli

The case has highlighted the confusion around Malta's abortion laws, which are the strictest in the EU.

While pro-choice campaigners have said the issue highlights the need to decriminalise abortion, pro-life groups disagree.

Miriam Sciberras, from the Life Network Foundation Malta, said that doctors already have a legal and ethical obligation to do all that they can to save the life of the mother, whatever the consequences to the unborn child.

"They try to save both mother and child but, if that is inevitable, they give the mother the care she needs even if subsequent to that the child loses his or her life."

She called for Mater Dei hospital and the Ministry of Health to issue a statement immediately to "set the record straight and to avoid speculation".