The joint exhibition BLINK currently on display at Valletta Contemporary showcases the sculptural works of Tom Van Malderen forming the series Home is the new travel and Nigel Baldacchino’s photographic works composing Clear Windows. Each set of works is concerned with perception, whether of objects or of reality, bidding us to look upon the architecture of our lives with fresh eyes.

The works are a play on familiarity in the form of a dialogue between artists – “a manifesto to keep looking at things”. Van Malderen’s pieces, which he describes as “constellations”, are furniture prototypes which he dismantled and reconstructed in a bid to question the usefulness of things, encouraging viewers to project another world and look differently onto the objects in our lives. 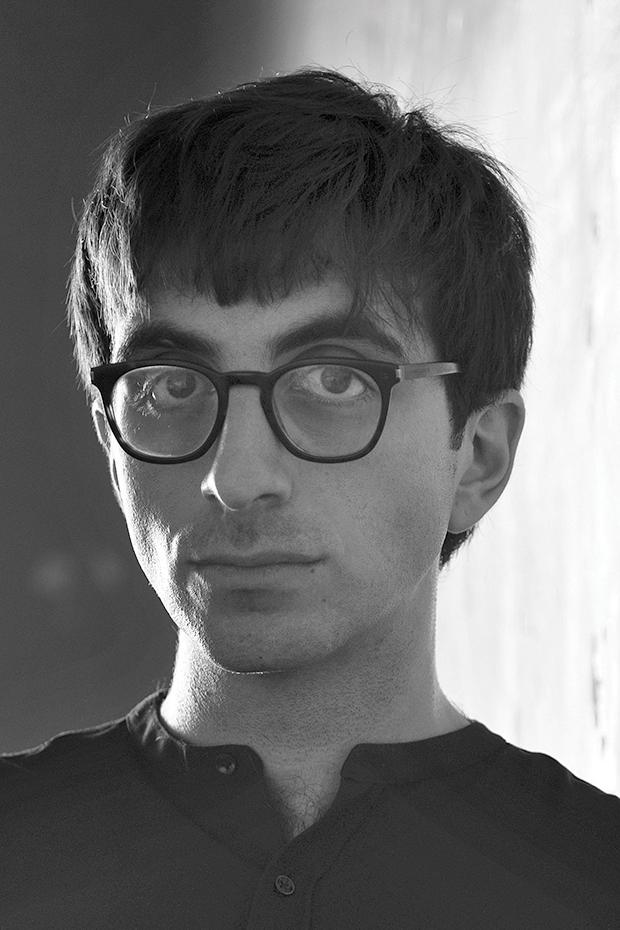 Baldacchino’s photographs are a study of glass and its manifestation as windows within urban landscapes. “Glass is fluid,” explains Baldacchino. “It reflects and refracts and is not transparent. The photos are a play on that fact.”

BLINK addresses different modes of perception. The two describe the action of blinking as a punctuation of visual reality in time, creating a subliminal rhythm in our interaction with the world. Being automated, we do not notice it, and becomes cumbersome if we do, taking up unwarranted awareness.

Likewise, were we to notice ourselves as perceiving agents, aware of our separateness from the ‘external’ realities which surround us, this could prove quite unsettling or disorienting. 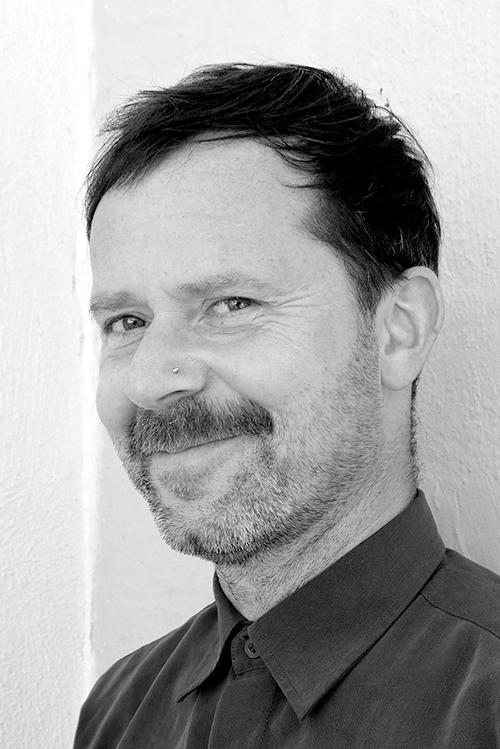 Describing their work as a “rupture of automated and familiar cycles”, the artists accentuate this all throughout the exhibition with a play of familiarity and unfamiliarity.

“I take a lot of joy in life in moments which are not joyful,” explained Van Malderen. “During a boring meeting, one may start to fanaticise about the edge of the table, for example. I want to instil the joy of doing that in other people, despite the fact that our society stimulates us to unlearn doing so, perhaps because of the speed at which we live.

“I encourage people to make the most of the physical reality around us. There is more to find in it than we do,” he reflected.

Baldacchino described perception to be a recurring concern in his work. “Photography is a medium which lends itself perfectly for this sort of exploration because it captures a split moment of perception.

“A lens works very differently from a human eye, but there is a strong link between them  – what you’re seeing in a photograph has a strong factual root in reality, as opposed to a painting which is more gestural in that sense. Photography was always a tool with which to comment about human perception and about how we relate to the reality around us.”

There is more to find in physical reality than we do

With perception alluding to the idea of an interplay of internal and external worlds, Baldacchino goes on to mention how he uses windows as a metaphor for our desire to be separate from the rest of reality. 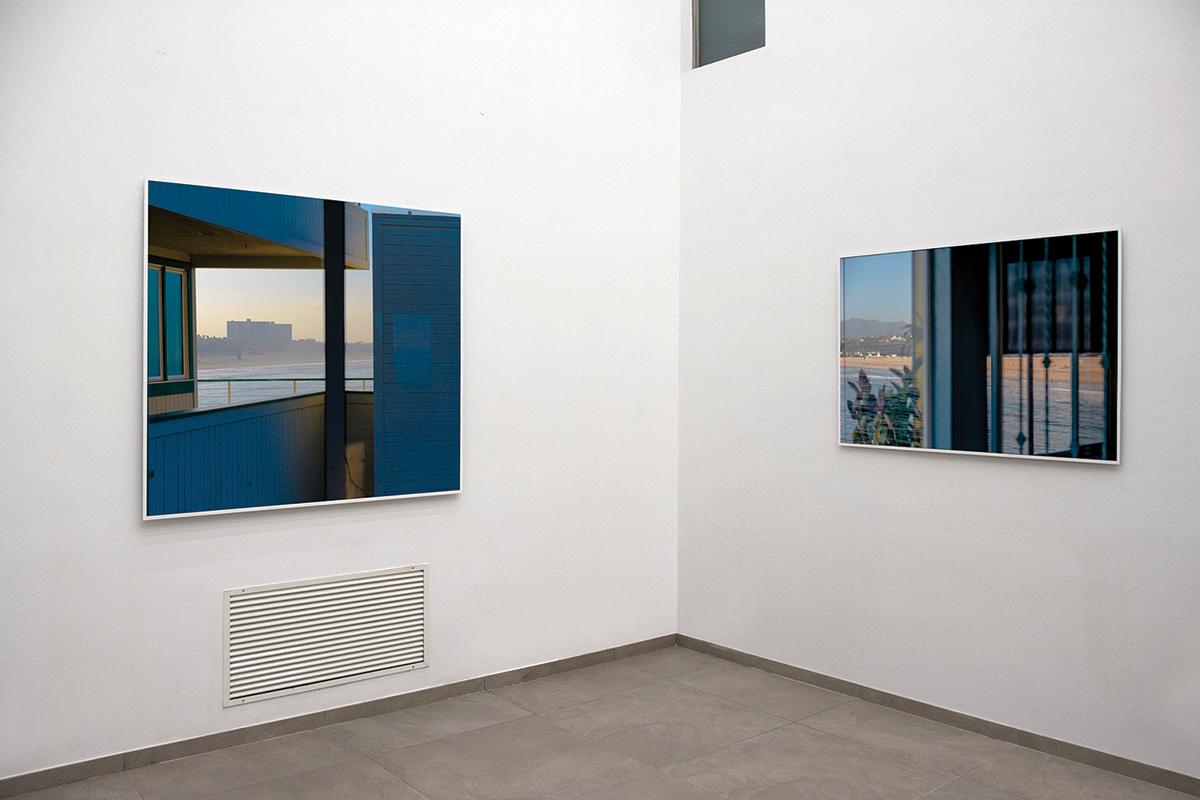 “We build houses which separate us from the world, but windows are a compromise on that – they leave a bit open to the reality around us. We are detached from reality, even as architects. We use materials for properties they do not have; for example, we use glass railings because they are transparent, but glass is not transparent at all. Materials have their own physical reality and presence that is not often acknowledged,” he said.

Speaking about the architectural slant within their works, the artists maintained that most design is human-centric, with consideration of other creatures being secondary. Moreover, buildings are only designed for one set of people – the “able, adult human” – thus creating an added level of abstraction.

“What is not helping is the money being invested, which today is at its height,” said Van Malderen. Baldacchino retorted that this is a rather honest reflection of the distribution of wealth.

“Architecture will always respond to the incentives of the powerful. So, if the powerful are not incentivised to make accessible buildings, then they won’t,” he said.

“This show is much more political than people may think,” continued Van Malderen. “You can approach it in a very soft, gentle way, but the undertone is still political.”

“But to engage with that conversation through the work, a lot of stars have to align,” responded Baldacchino. 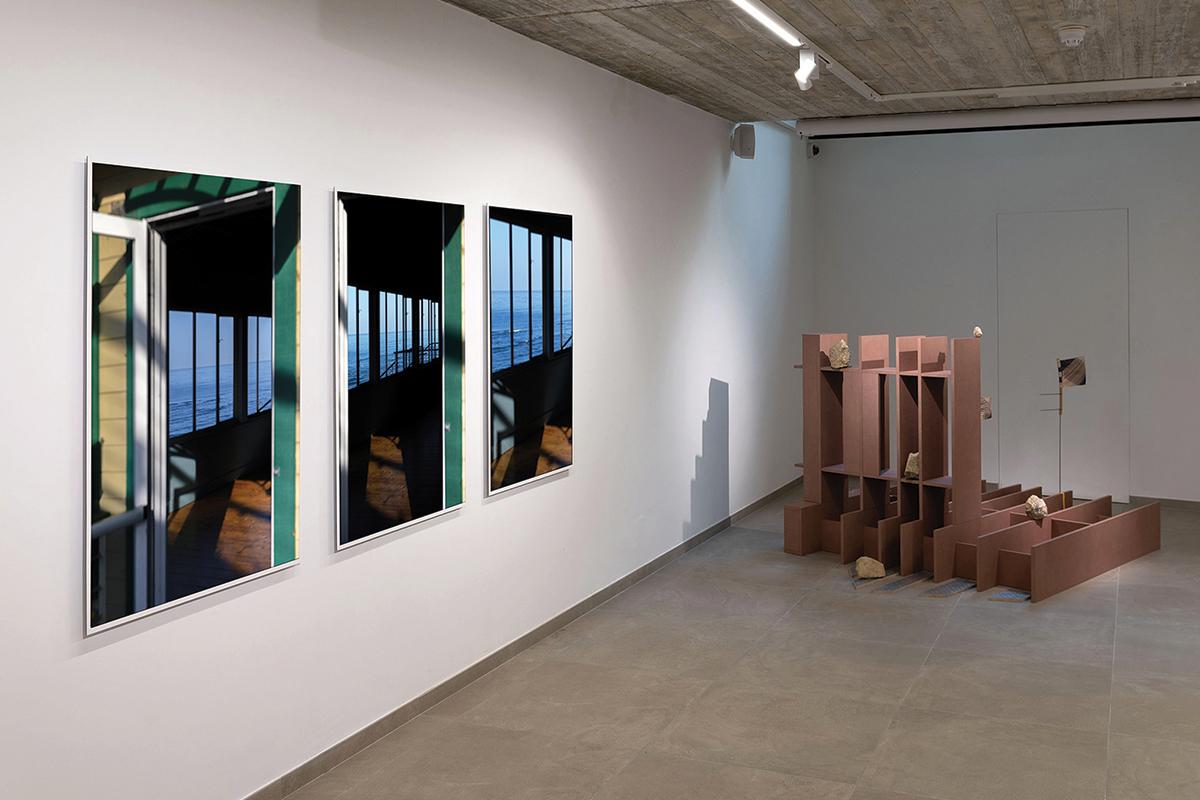 Van Malderen’s works, being three-dimensional, invite us to reach out to them due to their physicality. We are first drawn to them as physical objects before moving towards them, reaching out through a cloud of mediation – the central contention within our discourse with reality – with our eyes or through language. Our being in the world is always a struggle with and against mediation.

The objects in Van Malderen’s works are deconstructed and disassembled – their materiality on full display. Baldacchino’s two-dimensional works, on the other hand, invite us not so much to reach out but to take in.

“It’s almost like a drive or attraction to working in the way we do, in my case with three-dimensional objects and in Nigel’s case with objects that represent themselves in 2D. 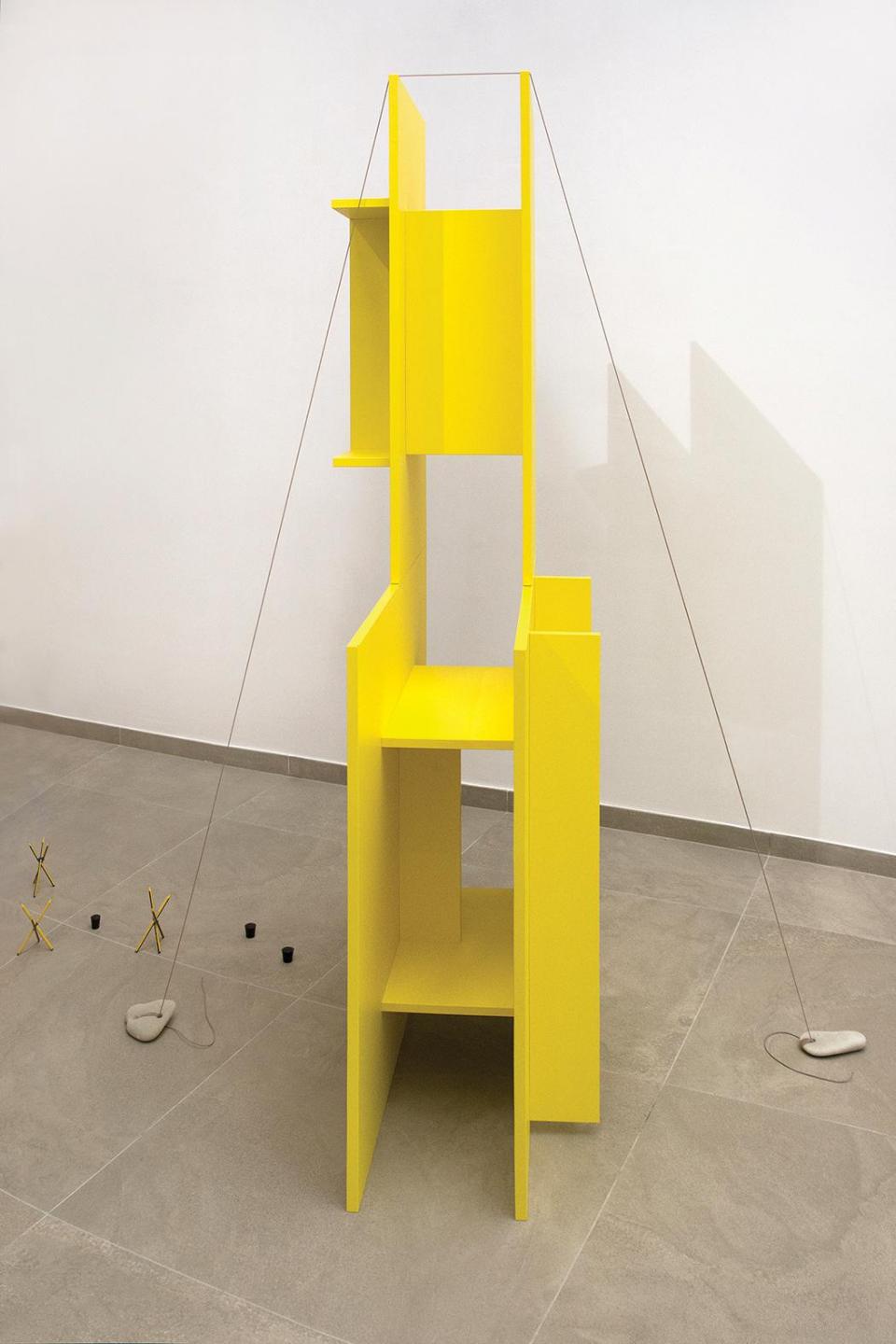 “I am not always aware of how dimensionality affects the nature of the works. As an artist, you develop to a certain extent in your world, especially when you’re trying to surmount or be critical. Obviously, you see the differences, but I can’t fully live the difference of how each of us makes his work. It’s all understandable but it remains theoretical for me. I find it very difficult because I am so deeply involved in what I do,” he said.

Baldacchino maintained on the other hand that, being an architect, he is primed to articulate space in a way that is very present to him so he can differentiate those two modalities in his head.

“I don’t think Tom has worked much with flat work, which is a completely different modality of creating. I think very actively about the articulation of the flatness of the medium being used, so in a lot of the photos I consciously think about the flatness of the image, even though it is portraying or giving the illusion of some depth or space or giving a sense of focus.

“Ultimately, you can always feel that my photographs are flat works, and flatness, as a felt thing, is always present. Sometimes I take it very literally. For example, the pieces entitled Cleveland Motel show what is actually a corner which I tried to flatten out to give it a different texture.

“The question of the level of perception is very active in the compositions that I make, and it is very different from how I think about 3D objects and spaces that I work on. I feel this distinction clearly.”

Thinking about objects and perception made me recall a bizarre premise of quantum theory, namely that, by the very act of watching, the observer affects the observed reality in an actual, measurable way. The fact of our active interaction with reality through the veil of perception somehow alters that which we are perceiving in a physical manner. It seems, therefore, that the contention with mediation is even more fraught than originally thought, and that the separation between us and reality is not as stark as we assume either.

To this, Van Malderen responded that he does not believe that there is truth, but only common ground.

“I approach my art in this way. That’s what I find interesting about talking to people about my work afterwards – you always find common ground. That also fascinates me in architecture – it’s about finding common ground.”

Baldacchino responded that he sees his work as a very active comment on the place of the perceiver. “It is a comment on us as perceivers of reality, looking at reality, and making reality by perceiving it.”

“And by the culture that works in the background that’s been pushed upon us,” interjected Van Malderen.

“I use photography as an active invitation to look at a very specific view with different things in and out of focus,” continued Baldacchino. “It draws you to question what your role in perceiving may be is, or if reality would be different if I look at it in a different way. I am creating this image by being here and perceiving it.

“I think that photography is very much underused for that role, especially nowadays when the documentative and glamorous side of photography has largely taken over. Photography can have an enormous role in the commentary on our perception of reality,” concluded Baldacchino.

BLINK is running at Valletta Contemporary until August 14.