As part of its mission to make cultural heritage accessible to the public, Heritage Malta has digitised a collection of around 350 photo negatives which were donated last year by Dr Peter J. Shield to form part of the National Collection. He shot these in Malta in the late 1950s.

Dr Shield is an award-winning photographer, retired archaeologist, broadcaster and author. Among his various assignments, he worked for Associated Press, for the Maltese Government Information Department and for the Times of Malta under Mabel Strickland. 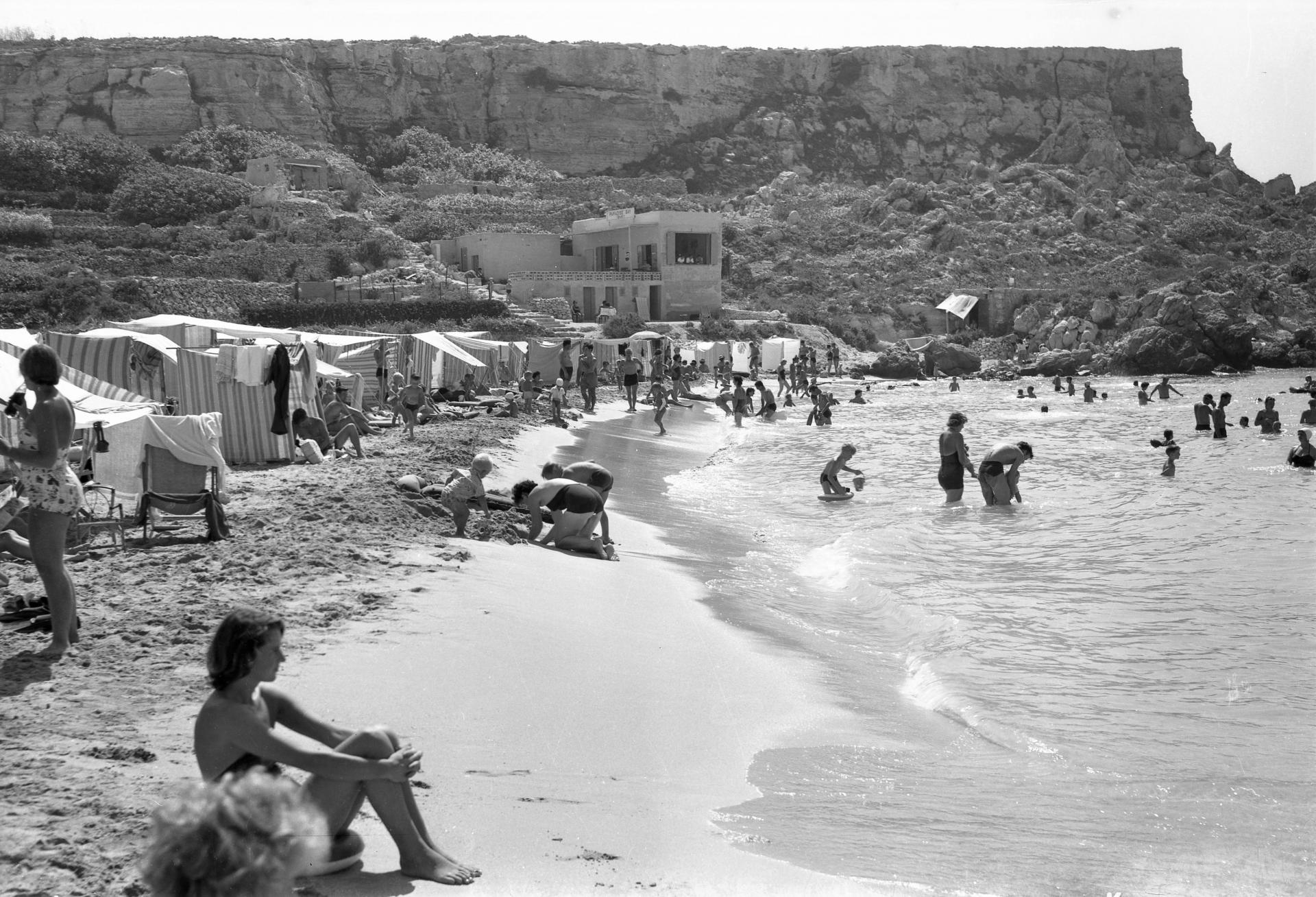 Besides being interesting for their subject matter, these photos may contain material which has not yet been studied and could therefore be of particular value to researchers.

In a time when people are being requested to isolate themselves indoors to protect themselves from the COVID-19 pandemic, Heritage Malta is using the Shield Collection to open intriguing windows on the past.

One can look at old pictures with simple nostalgia. Yet to the keen observer, aged images act as a portal to bygone moments which are rich with hidden details.

Every Thursday, Heritage Malta is selecting a small group of photos which relate to a particular theme. As well as enjoying walking down memory lane through these images, the agency is encouraging the public to engage with these photos by sharing any information which they might have about them.

In view of next Sunday’s celebration of Mother’s Day, Heritage Malta is presenting seven photos which show women with children. Since very little information is available about these photos, some of the women might not actually be mothers. They could be sisters or friends of the child. Maybe the public can identify some of the people showing in these pictures.

One of the photos was definitely taken in Gozo. Can you identify the landmarks and the area? Here the photographer succeeded to capture a lovely moment where the traditional and the modern are facing each other, frozen in time. A rural woman is driving up a hill on a cart pulled by a donkey when she encounters the photographer’s wife and daughter who are sitting beside their car.

Another photo shows people relaxing and walking at Tower Road in Sliema. A woman in a striped jacket holds the hand of a child. 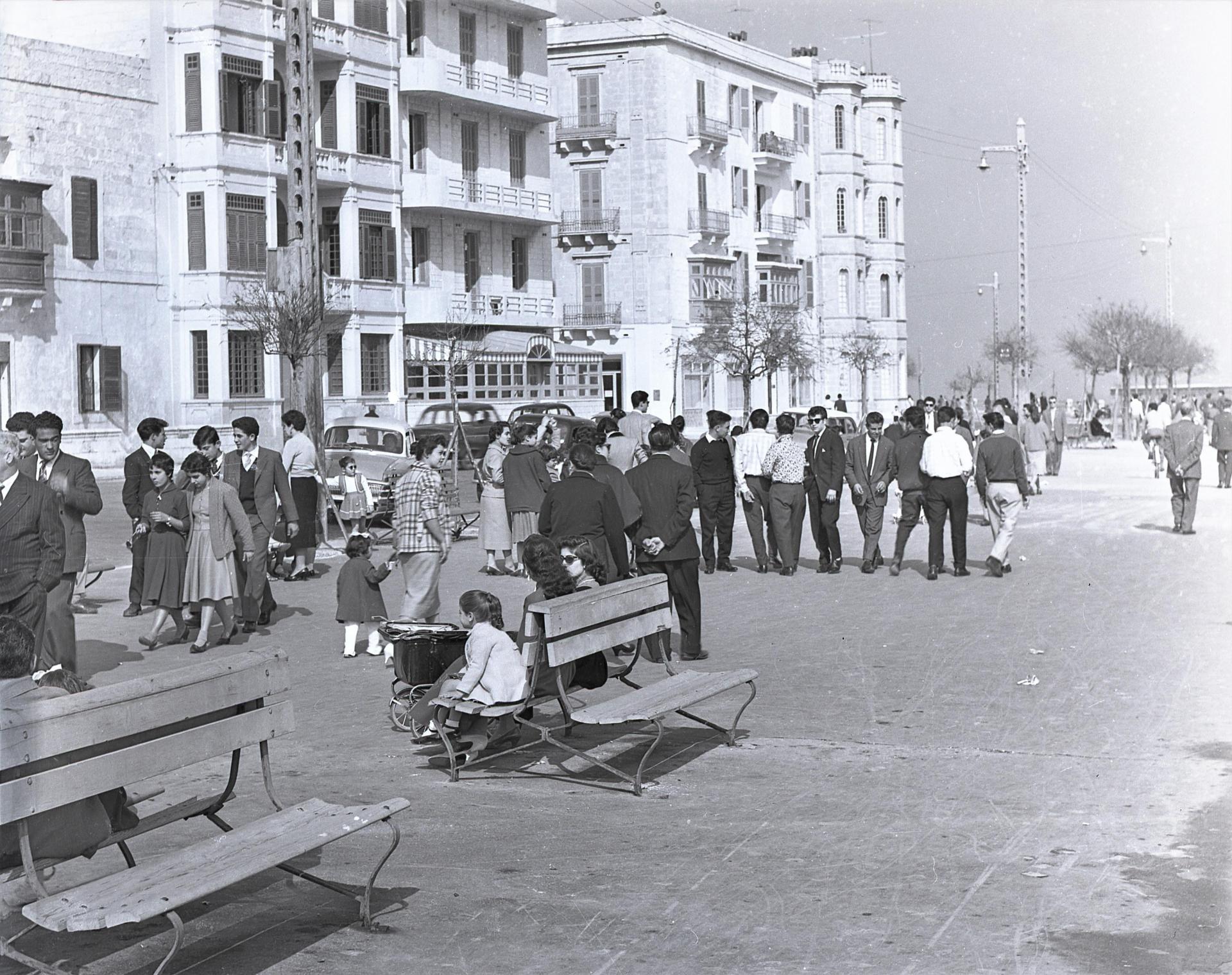 Two women and a girl sit on a bench next to a pram. People are dressed smartly. Most of them are young men. Can you identify any of them? Have a look at the buildings. Which of them are still there and which have been replaced? Do you know of any surviving street lighting like the ones in the photo? 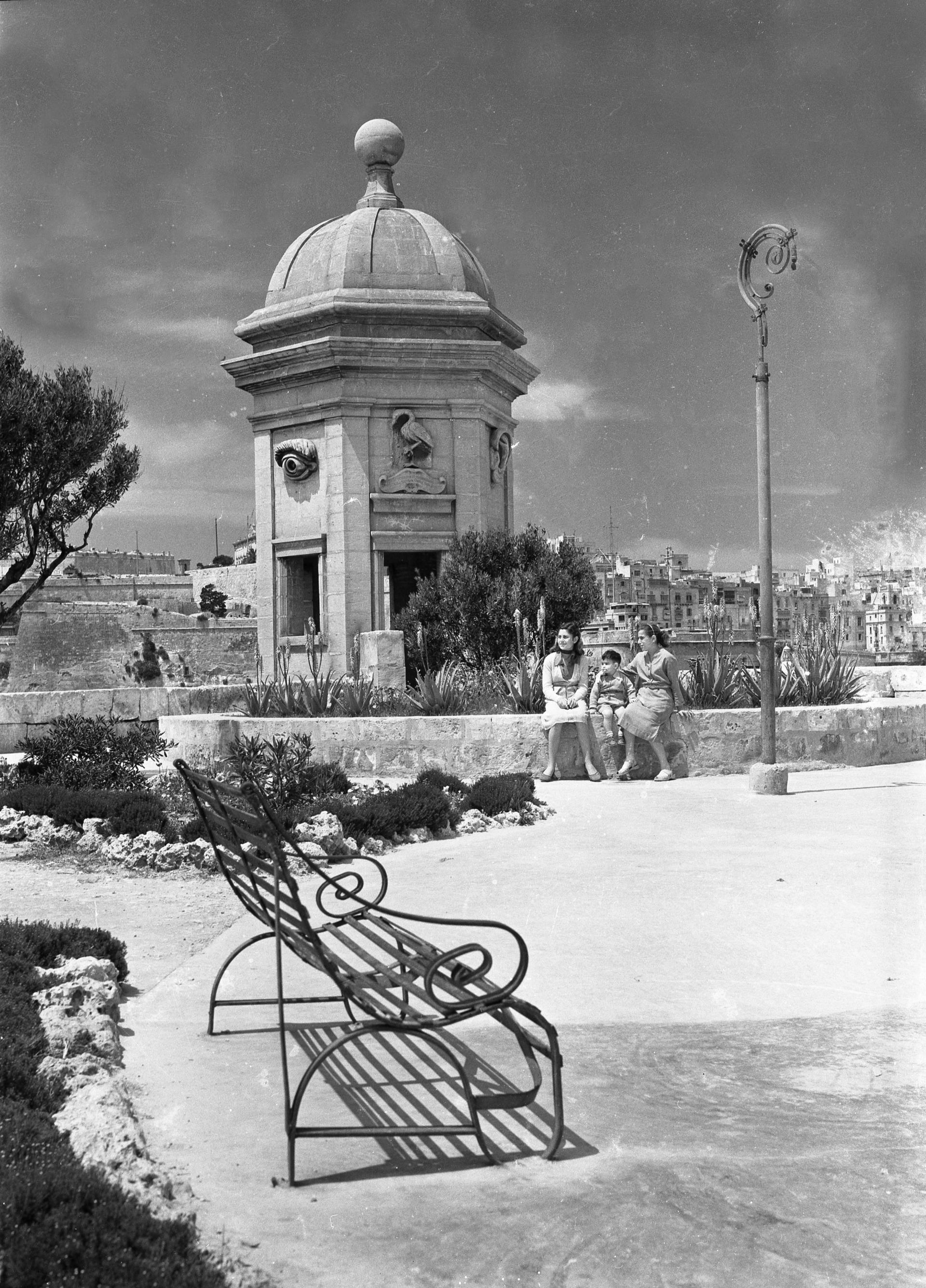 Two women and a boy appear in another photo which was taken at Gardjola Gardens in Senglea. Changes have clearly taken place there. The historical gardjola has been reconstructed but what else can you notice? Do you have any pictures of yours taken right at that place?

A photo shows people enjoying themselves at Paradise Bay in Mellieħa. Once again, things did change considerably across the years and yet, there are still some obvious similarities. Can you point them out? Notice the swimwear! And what were those ‘tents’ made of?

The location of the photo which shows two children playing on the sand could not be etsablished. Do you recognise this beach? Maybe you can also identify the tool which lies near the woman’s beach basket. 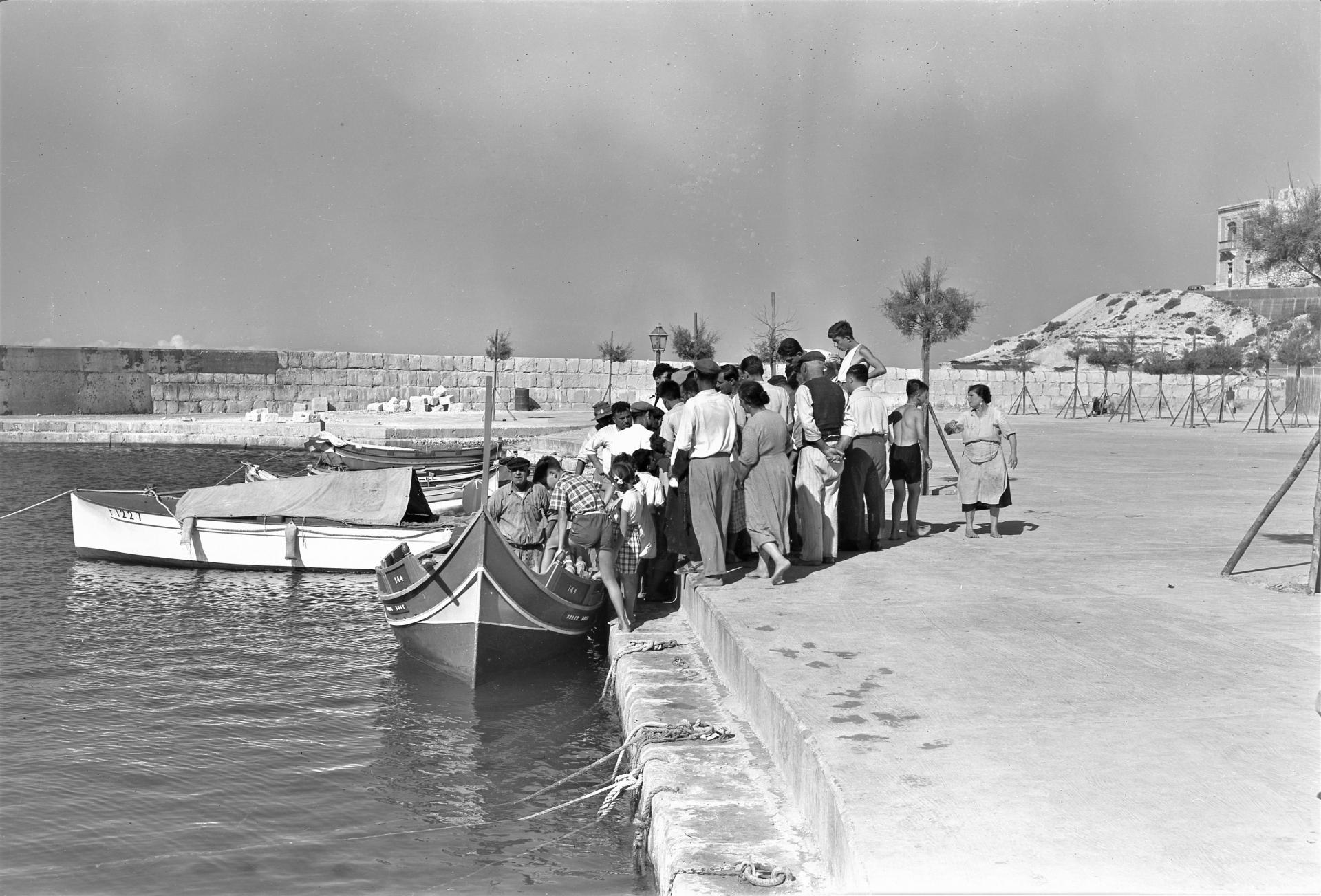 Another photo shows a group of people waiting to ride a boat in Marsalforn, Gozo. How many of them will manage to find a seat and where are they going? Is that boat being used for a pleasure tour or as a means of transport? And what is that woman saying to that boy? Is she his mother? She appears to be in earnest. 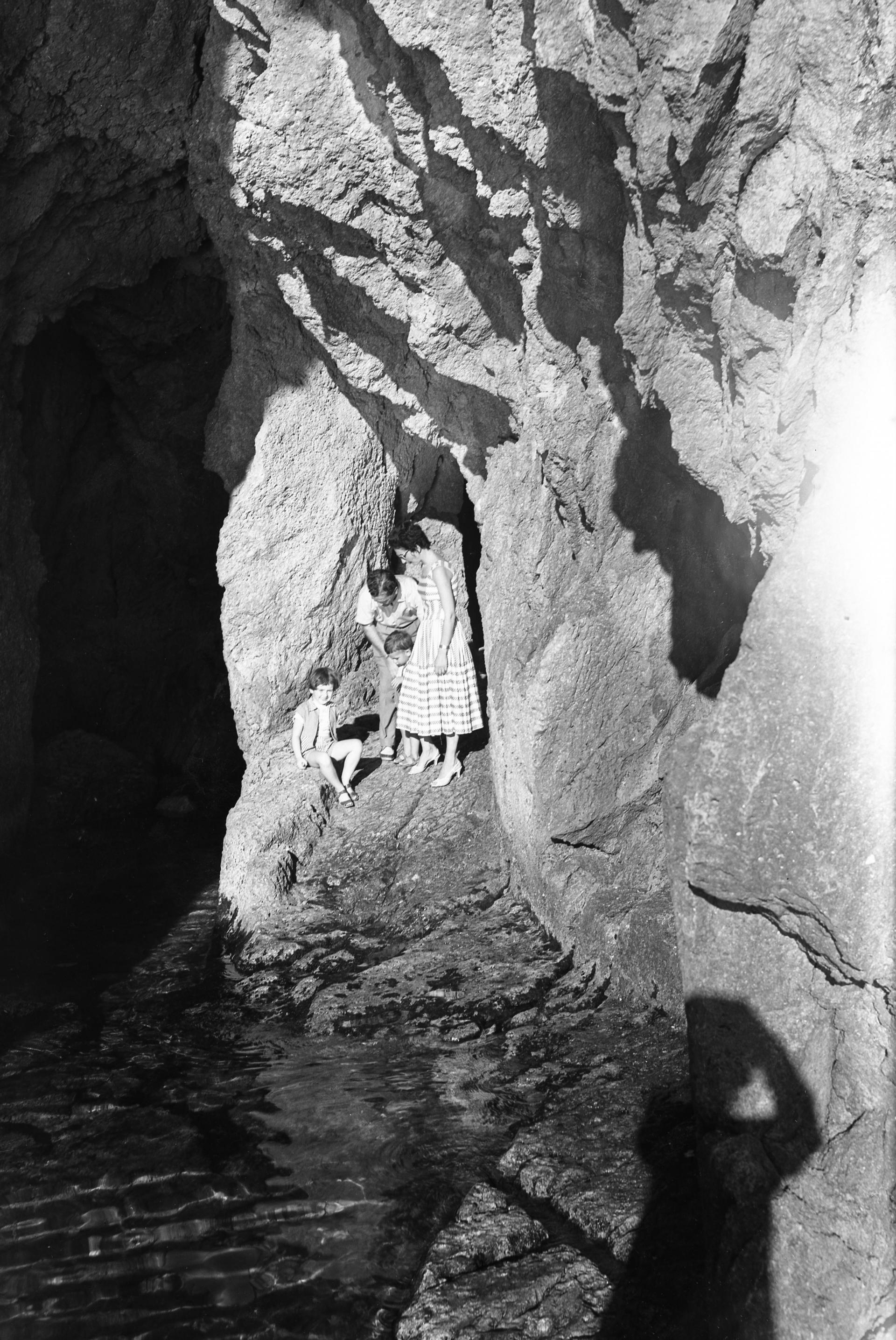 The last photo shows a family taking a photo in a cave. How did they get there? Where is that cave? You can view these photos and many others from the Shield Collection at https://heritagemalta.org/pjsc/