The first Maltese female cyclist to win the Tour of Malta is appealing to cyclists and drivers for mutual respect on the road, where, she says, the life of animals is often better safeguarded.

“Cyclists are very vulnerable on the road,” Marie Claire Aquilina said. “Cyclists and drivers need to respect each other and be more cautious. It would be nice to create a sense of community and look out for each other,” she said to all road users. 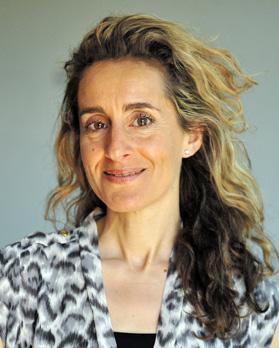 An accountant by profession, Ms Aquilina has been competing in races since 2004, building up momentum. She was close to winning the tour two years ago, but victory escaped her when she suffered a puncture and a crash with another cyclist.

Ms Aquilina told this newspaper it was hard to describe what she felt when she realised she had secured a win, but it was “definitely a very good feeling”, considering the various mishaps and sacrifice she has endured over the years.

Cycling is her first priority in her free time. Other interests, such as travelling and skiing, had to make way for the sport which she picked up aged 26, following persistent encouragement from the local cycling community, which is short of female competitors.

Ms Aquilina does not have an answer to why cycling is a male-dominated sport worldwide, however she has noticed fewer female commuters in Malta when compared to places such as France, Germany and Denmark.

Ms Aquilina – one of six women who set up a national female team this year – travels abroad to improve her performance, something she cannot do in Malta because of lack of different altitudes and long stretches of road without several traffic stops.

Another thing that sets back her training in Malta is the amount of potholes that reduce her speed.

No one honks at a horse, but cyclists are often harassed

In Malta, Ms Aquilina has also experienced harassment from drivers, which she describes as a “horrible feeling because it increases riders’ anxiety”. She has been spared some close brushes, with the most recent taking place last week when a vehicle zoomed by touching her shoulder.

“It often feels as if horses on the road are respected more than humans. No one honks at a horse, but cyclists are often harassed.”

Despite an increase in awareness and a change – to the better – in the attitude of all road users, traffic is also on the increase. The denser the traffic, the more cyclists feel unsafe, Ms Aquilina added.

“We need better traffic management to make it safer for cyclists. Accidents can and will happen anywhere, but the risk decreases with adequate systems,” she said.

Cyclists have for years been calling for appropriate cycling lanes, with the most recent protests about the dangerous studs marking the Coast Road cycle lane being disputed by the transport watchdog.

While Transport Malta insists that these rumble strips were laid down for the riders’ own safety, cyclists note they could have been made from a material with a better grip, as they are dangerous when wet.

Cyclists have to go over the studs several times to get around parked cars, fellow cyclists, debris and broken glass. The design of the strips at the Coast Road have a high profile, making it impossible to exit or rejoin the lane safely.

The degeneration of what was a relatively safe cycling lane has seen cyclists hop, bike and all, over the rumble strips onto the street, and then back into the lane, Ms Aquilina explained.

These hurdles have pushed some cyclists to the very edge of the cycling lane, to the other side of the rumble slips, where they are still harassed by car drivers who expect them to ride within the lane.

Ms Aquilina believes that unfortunately, lack of safety was putting some people off cycling, just as what had happened in Sliema when signs were put up in 2014 banning cycling along the promenade, in line with a 2012 legal notice.

This raised alarm bells with the Bicycle Advocacy Group, which had insisted that while faster and more experienced cyclists might be happier on the road, an off-road, safer option was needed for others.