Anne Douglas, a philanthropist and widow of Hollywood legend Kirk Douglas, died Thursday at her home in Beverly Hills, her family said. She was 102.

After a whirlwind courtship, the couple got married in Las Vegas on May 29, 1954.

"It wasn't romantic, but it was legal and her new husband vowed that someday, he would marry her again in a big celebration," the Douglas family said in their statement.

Kirk Douglas, one of the last superstars of Hollywood's golden age of cinema renowned for performances in Spartacus and Paths of Glory, fulfilled that promise in 2004 for their 50th anniversary.

The couple were married for 66 years and had two sons, Peter and Eric.

She was a student in Belgium when the Nazis bombed Brussels in 1940.

Anne escaped by car with friends, headed toward France.

But her German papers were a liability, and she married a Belgian to obtain nationality.

Months after their arrival in Paris, the Germans occupied the city.

When the Nazis decreed that movies must be shown with German subtitles, Anne's knowledge of German, English, French and Italian enabled her to find work with a French film distributor.

After the war, she continued her career in the industry, working for American network NBC, then for John Huston on the production of Moulin Rouge, before meeting Kirk.

Anne Douglas was active in diplomacy and philanthropy, including visiting 44 countries as a goodwill ambassador for American values, work for which she was honoured by the State Department's United States Information Agency. 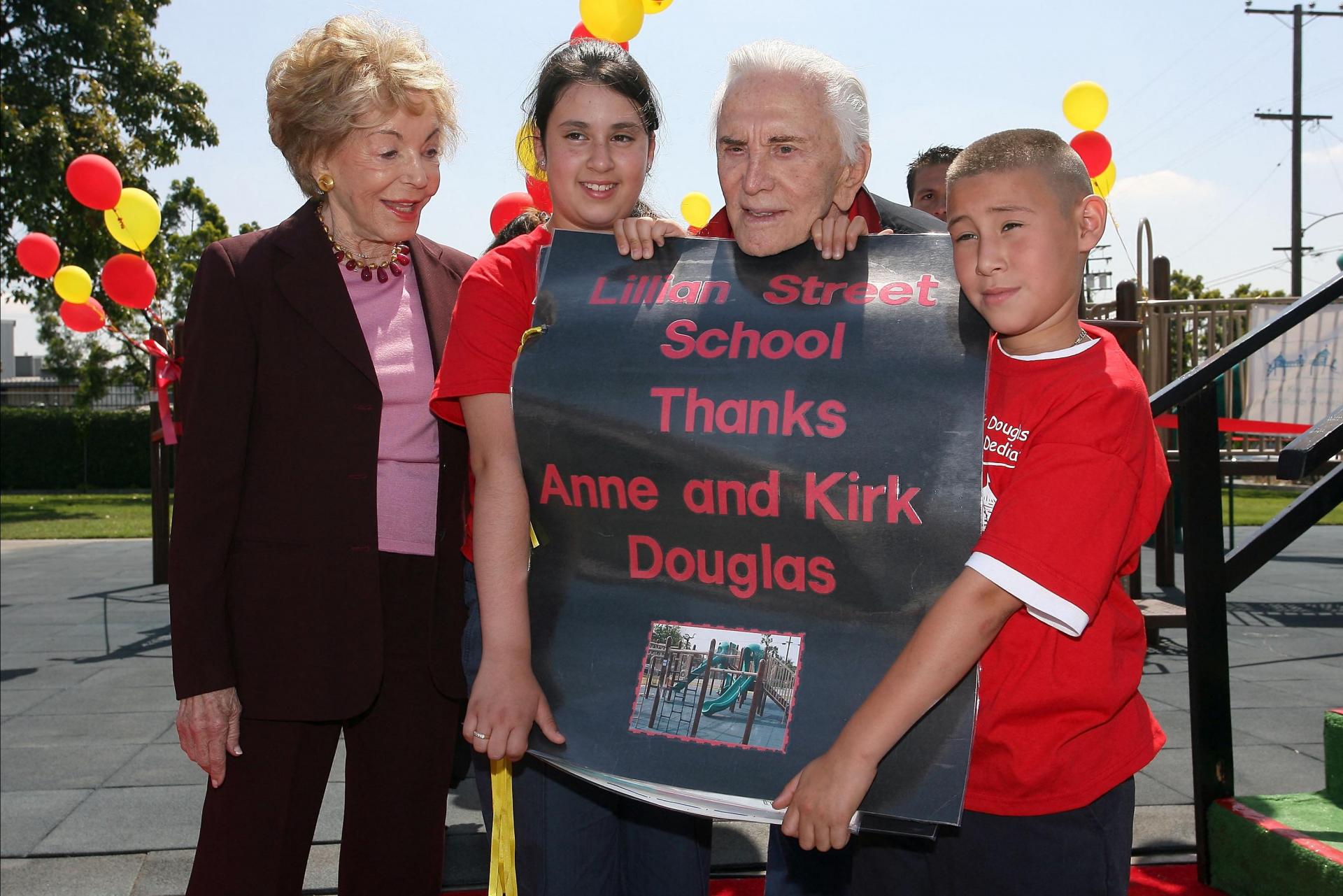 After learning of unsafe playgrounds at Los Angeles schools, Anne was determined to fix them.

"She convinced her husband the only way to fund the massive endeavor was to auction most of their art collection at Christie's," the family said, adding that the effort had resulted in 403 refurbished play spaces.

"I often wonder what would have happened to me if I hadn't married Anne," her husband had said.

"I might not have survived without her business acumen and her finely-honed instincts."