CHIRCOP. On August 15, PHILIP, abstract artist, aged 75, passed away peacefully comforted by the rites of Holy Church. He leaves to mourn his loss his wife Yolanda, his daughters Natascha and her husband Marco, Tatjana and Philip, his grandson Mishayel, his sisters Cynthia and Helen, his brothers and sisters-in-law, their families, all other relatives and friends. The funeral leaves Mater Dei Hospital tomorrow, Saturday, August 17, at 1.15pm, for Our Lady of Mount Carmel parish church, Fgura, where Mass praesente cadavere will be said at 2pm followed by interment at Qrendi Cemetery. Lord, grant him eternal rest. 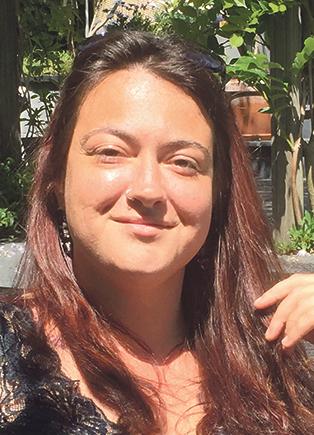 de KORTE. On August 10, Nicole, 32, unexpectedly passed away at her home in Deventer, The Netherlands. She battled long against her illnesses. The cremation service will take place in The Netherlands tomorrow, Saturday, August 17. Later in the year a memorial service will be held in Malta for her family and friends. She will be missed sorely by her mother Liliana Spiteri, her father Evert de Korte, her brothers Martijn and his partner Tessa, Remco and his partner Marion, her aunts, uncles, cousins, nephew and niece, both in Malta and in The Netherlands, and her many friends around the globe. May she rest in eternal peace.

GRIMA. On August 13, NIKOL, of Siġġiewi, aged 71, passed away peacefully comforted by the rites of Holy Church. He leaves to mourn his sad loss his wife Maria Dolores, his children Kevin and his wife Mariella, Allison and her husband Marvin, his grand-children Hailey, Kyra and Liam, other relatives and friends. The funeral leaves Mater Dei Hospital, today, Friday, August 16, at 4pm for Siġġiewi parish church, where Mass praesente cadavere will be celebrated at 4.30pm, followed by interment at Siġġiewi Cemetery. Lord, grant him eternal rest.

CAMENZULI. In loving memory of our beloved BERNARD on the fourth anniversary of his demise. Greatly missed by his wife Joyce and children Sarah Jayne and her husband Alex, Sean and his wife Janine. A Mass for the repose of his soul will be said today, Friday, August 16, at 7pm, at St Julian’s parish church. Lord, grant him eternal rest.

GALEA – VICKY. In loving memory of a wonderful and beloved mother, grandmother and great-grandmother on the sixth anniversary of her passing away. Fondly remembered and greatly missed. Her children and their families. Forever in our thoughts and prayers. Lord, grant her eternal rest.

PACE GOUDER. Treasured memo­ries of our dear mother LILIAN, today the second anniversary of her demise. Her sons and daughters. Today’s 6.30pm Mass at Balluta parish church will be said for this intention.

ZAMMIT TABONA – MARIA. In loving memory of a loving mother on the fifth anniversary of her death. So sadly missed, always in our thoughts and prayers. Joseph, Susan, Jennifer and David, her grandchildren and great-grandchildren. May the Lord grant her eternal rest.

To whom it may concern

Dr Jennifer Attard graduated with a PhD in Sustainable Chemistry from the University of York after being awarded an Endeavour Scholarship, funded by National Funds.