FENECH. On August 3, at Mater Dei Hospital, JOSEPH, Corinthia Group director, aged 65, passed away comforted by the rites of Holy Church. He leaves to mourn his loss his wife Tessie, his daughters Cherilyn and her husband Cleo, Oriana and her husband Allan, his son Paul and his wife Mathilde, and his beloved grandchildren Albert, Benoit, Edward, Faith, David and Margot. He also leaves to mourn his brothers Michael and his wife Cettina, and Philip and his wife Domenica, his sister Carmen and her husband Louis, his brother-in-law Mannie Galea and other relatives and friends. Mass præsente cadavere will be celebrated today, Friday, August 5, at 8.45am, at Naxxar parish church, followed by interment at Santa Maria Addolorata Cemetery. Lord, grant him eternal rest.

GULIA. On August 2, ALAN, son of the late Judge Emeritus Oliver John Gulia and the late Joanne Antida, passed away peacefully comforted by the rites of Holy church. He leaves to mourn his deep loss his loving brothers Kenneth and Gavin and his wife Fleur, his niece and nephew Martina and Luigi, his aunt Nancy, widow of Judge Emeritus Prof. Wallace Philip Gulia, his cousins, relatives and friends. The funeral leaves Mater Dei Hospital, today, Friday, August 5, at 7.45am for St Philip’s parish church, Żebbuġ, where Mass præsente cadavere will be said at 8.30am, followed by interment in the family vault at Santa Maria Addolorata Cemetery. No flowers by request but donations to Id-Dar tal-Providenza, Siġġiewi, will be greatly appreciated. Lord, grant him eternal rest. 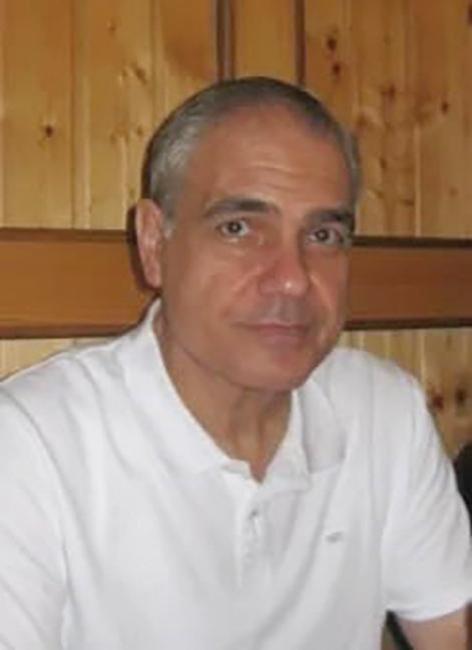 PORTELLI. On August 2, FRANCIS, passed away peacefully comforted by the rites of Holy Church. He will be greatly missed by his wife Gina, his sons Peter Paul and Stefan, his brothers and sisters Lina and her husband Victor Galea, Carmen and her husband Frans Farrugia, Lawrence and his wife Polly, Gejtu and his wife Josephine, Francia, widow of his brother Ganni, his in-laws Charlie and his wife Vera Grixti, Mario and his wife Sandra Grixti, France and his wife Lina Grixti and Lina, their children, many relatives and friends. Funeral Mass will be said today, Friday, August 5, at Fgura parish church, at 2pm. Lord, grant him eternal rest.

ZAMMIT. On July 30, at Mater Dei Hospital, TESSIE, of Paola, aged 90, passed away peacefully comforted by the rites of Holy Church. Loved and remembered by her sister Mary, her brother Anthony and his wife Marvin, Olga, widow of her brother Joseph, and Josephine, widow of her brother Lino, her nephews and nieces, their respective spouses, their children, all other relatives and friends, especially her devoted carer Lorida. The funeral leaves Mater Dei Hospital tomorrow, Saturday, August 6, at 9.30am, for the Basilica of Christ the King, Paola, where Mass præsente cadavere will be said at 10am, followed by interment in the family grave at Santa Maria Addolorata Cemetery. No flowers by request but donations to Id-Dar tal-Providenza, Siġġiewi, will be greatly appreciated. Lord, grant her eternal rest.

FLERI – OVIDIO. In loving memory, on the 43rd anniversary of his death. Always in our thoughts and prayers. His daughter Angela and her husband Stephen.

KELLY – THERESA. Today the 43rd anniversary of her passing away. Fondly remembered and deeply missed by her daughter Patricia, Aida and Neville and her beloved grandchildren Shirley, Simon, Nigel and Samuel. A prayer is solicited.

MALLIA – MARY ANNE. Always in our thoughts and prayers on the 12th anniversary of her death. Sadly missed by her children, Malcolm, Anne-Marie, Peter and Maureen, in-laws, grandsons, family and friends. Lord, grant her eternal peace.

PAWLU MIZZI – On the third anniversary from his demise. A commemorative Mass will be celebrated today Friday, 5 August, 2022 at 6.30pm at Dar tal-Providenza, Siġġiewi. Always alive in the memory of his wife Maria, his children Annamaria, Ginette and Joseph and their spouses, children, relatives and friends.