DENARO. On December 3, 2020, to Kristina and George, a son – ARTHUR CARL LUDWIG, grandson to Maggi and Arthur Denaro.

ASTON. On January 8, ANGELA, of Rabat residing in Dorset, England, passed away peacefully comforted by the rites of Holy Church. She leaves to mourn her loss her husband Edward, her children Robert and Deborah, their spouses and grandchildren Joseph, Harry and Zara. Her sisters Theresa, Carmen, Sylvia, Katie, Maryanne of Australia, her brother Joe and their spouses. Her in-law Marna Aston, many other relatives and friends. The funeral will be held on Tuesday, January 26, at Our Lady of Lourdes, St Cecilia Catholic church, Blandford. No flowers by request but donations to Hospice Malta, Balzan, will be appreciated. Lord, grant her eternal rest. 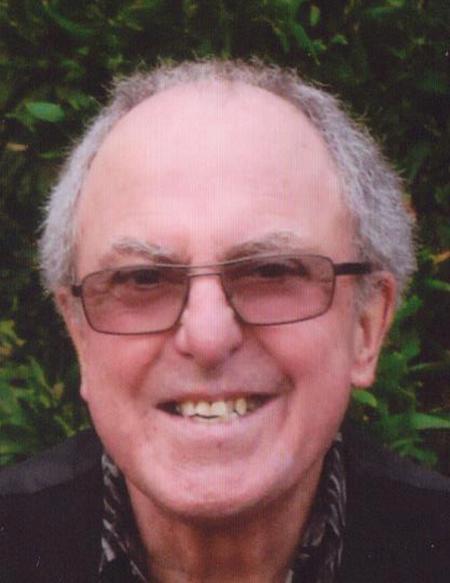 MURPHY. On January 21, in Australia, DAVID, ex-Stella Maris College and ex-lead guitarist The Graduates, aged 74 went to meet the Risen Lord comforted by the rites of Holy Church. He leaves to mourn his loss his beloved wife Ann née Ford, his children Sean and Karl and his wife Tess and grandchildren, his brothers John and his wife Anita of Australia, Brian and his  wife Emma, his sisters Valerie and her husband Edward of Malta and Yvonne, widow of Dennis of Australia, his nieces, nephews, other relatives and friends. Funeral arrangements are being organised in Australia. Lord, grant him eternal rest.

SAMMUT. On January 22, FRANCIS of Rabat, Malta, residing in Attard, ex-managing director of Trading Four Co. Ltd and Cartolage Co. Ltd, aged 76, passed away peacefully surrounded by his family. He leaves to mourn his loss his beloved wife Josette, his daughter Deborah and her husband Jason Mizzi, his daughter Diane and her husband Bernard Muscat, his cherished grandchildren Charlotte and Adrian, his sisters Carmen and Grace, his wife’s brother and sisters, his nephews and nieces and other relatives. The funeral Mass will be held today, Sunday, at noon at St Mary’s parish church, Attard, followed by interment at St Margaret Cemetery, Rabat. Donations to Hospice Malta would be greatly appreciated. The family regrets they are unable to receive visitors. Lord, grant him eternal rest.

AQUILINA – SIMONE. Treasured and unfading memories of our beloved mother and grandmother on the 12th anniversary of her demise. Always loved and forever missed by her children, Lee, Gail and families.

CALLEJA. Treasured memories of JOHN on the 16th anniversary of his demise. John lives on forever in our hearts. Sadly missed by his wife Winniefred and his daughter Stephanie.

DIMECH – CARMEL. In loving memory of a dear husband and father on the fifth anniversary of his passing away. Sadly missed by his wife Marie Louise née Buttigieg, daughter Annemarie and her husband Thomas, grandchildren Mia Rose and Mathis Lorenz, relatives and friends. Always in our thoughts and prayers. Lord, grant him eternal rest.

GALEA. In loving and unfading memories of our parents, our father PAUL on his 48th anniversary and our mother IMELDA née Bonello on her third anniversary on February 3, on their passing to eternal life. Forever in our thoughts and prayers. Catherine, Joseph, Marthese, Mark and family.

MICALLEF GRIMAUD – AURELIO. Treasured and everlasting memories of a beloved husband, father and grandfather, on the fourth anniversary of his demise. Dearly loved and sorely missed by his wife Carmen, his sons Jean and Paul and their respective wives Ylenia and Lisa, his grandchildren, relatives and friends. Lord, grant him eternal rest. Kindly remember him in your prayers.

MIZZI. In the loving memory of JOSEPH, being the eighth anniversary of his passing. Never forgotten by his sister Doris, family and friends.

MUSCAT – Professor JOSEPH ANTHONY MUSCAT, MD, FRCS. In loving memory of a beloved husband, father and grandfather on the fourth anniversary of his demise. Greatly missed and always remembered in our thoughts and prayers, may he rest in peace. His wife Joan, his children Richard, Mark, Jonathan and Sarah, their spouses Suzanne, Janet and Morgan and his grandchildren, Michael, Daniel and Steve, Nicholas, Lexy and David and his great-grandchild Georgina. Mass today at St Patrick’s church, Sliema, will be offered for the repose of his soul.

PETROCOCHINO – MAURICE. In memory of a much loved dad, grandfather and great-grandfather, especially today on his 10th anniversary.

ROSSO – JOSEPHINE. Remembered with love and greatly missed on the seventh anniversary of her demise. Forever in our hearts. Her daughter Alida, husband Edward, their children and grandchildren.

STAINES – In loving memory of EDGAR and JANE whose anniversaries occur at this time. Their family.

ZAMMIT – INGRID. In loving memory of my dearly beloved mother on the fifth anniversary of her passing away. Still so loved and so deeply missed. Her only son Karl.

ZAMMIT – INGRID. Cherished and loving memories on the fifth anniversary of her passing.