SANSONE. On June 8, in the UK, to Cynthia née Barbara and Alberto, God’s precious gift of a son – MAXIMILIAN, a welcome brother to Alexander. Deo gratias et Mariae.

BELLIA. On June 17, at Mater Dei Hospital, CARMELO (Charles), of Mosta, aged 81, passed away peacefully, comforted by the rites of Holy Church. He leaves to mourn his loss his beloved wife Annie, his children, Steve, Sarah and her husband Rob, Lorraine and her husband Matthew, his grandchildren, Renee, Vanessa, Stephanie, Nathan, Peter and Emma, his brother and sisters Anthony, Adelina, Jane and Sue, their spouses and their respective families, other relatives and friends. The funeral cortège leaves Mater Dei Hospital tomorrow, Monday, June 22, at 8am, for the Basilica of the Assumption of Our Lady, Mosta, where Mass præsente cadavere for the repose of his soul will be celebrated at 8.30am, followed by interment in the family grave at the Mosta cemetery. No flowers by request but donations to Id-Dar tal-Providenza, Siġġiewi, would be greatly appreciated. Lord, grant him eternal rest.

BUTTIGIEG. On June 19, PAULINE MARY, aged 80, passed away peacefully comforted by the rites of the Last Sacrament at Casa Arkati after an illness borne with great Christian fortitude. Pauline was the Founding Group Leader of the Mothers Prayers of Msida Circle, a former Secretary of the Salesian Co-operators, and holder of the Gold Cross of the Jerosolemitan Order of St John the Baptist in recognition of her voluntary work done for the Monastery of St Ursula. She leaves to mourn her irreparable loss her beloved soulmate Joseph D, her treasured and adored sons Bryan and his wife Patricia of Canada, Jonathan and his loving partner Gertrude, her adorable and precious grandchildren Douglas, Robyn, (Canada), Rachel, and Rebecca; her brother Victor, her sister Carmen, her brother Emidio and his wife Carmen of Canada. Her in-laws Wilfrid, Marlene, Albert and his wife Janice, Bernadette and her partner Frank of Australia; her nephews and nieces in Canada and Malta, all her cousins and their spouses and other relatives and people from all walks of life who were touched by Pauline’s positive spirit, love for life and sense of humour.
As per her specific wishes, she has donated her remains to the University Medical School for scientific research purposes. No flowers by request but donations to the Anatomy Department of the University of Malta would be appreciated. Thank you, Lord, for an extraordinary lady: Lord grant her eternal rest. The family deeply thank all the staff of the Mater Dei Hospital and all the Management and Staff at Casa Arkati for their dedication, care, and love. The funeral Mass, praesente cadavere, will be celebrated on Saturday, June 27 at 8am at St Joseph’s Parish Church, Msida.

DALMAS. On Friday, June 19, EDGAR, of Birżebbuġa, aged 84, passed away peacefully at Mater Dei Hospital comforted by the rites of Holy Church. He leaves to mourn his loss his wife Yvonne, his son Michael and his wife Josette, his daughters Valerie and Yvette and her partner Alan, his sister Violet, grandchildren, relatives and friends. Funeral mass praesente cadavere will be celebrated on Monday, June 22, at the parish church of St Peter in Chains, Birżebbuġa, at 2.30 pm, followed by private interment at the Addolorata Cemetery. No flowers by request but donations to Id-Dar tal-Providenza, Siġġiewi, or Radju Maria, Rabat, would be greatly appreciated. Lord, grant him eternal rest. 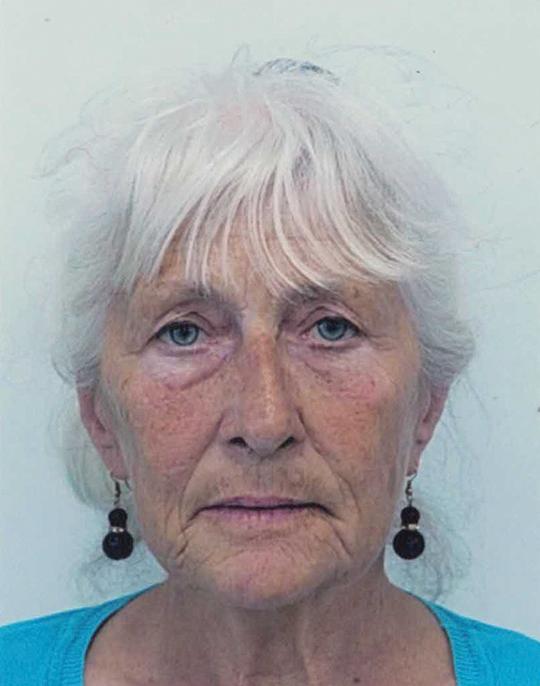 ELLUL. On June 17, at Mater Dei Hospital, ROSE MARIE ELLUL, of Yorkshire UK and residing in Mellieħa, aged 69, passed away peacefully comforted by the rites of the Holy Church. Loved and remembered by her husband Natalino, her sons Ricky and Jimmy and his wife Nicola, her beloved grandchildren Erin, Sadie, Luca and Esme, her brother-in-law Carmelo, nephews and nieces, other relatives and friends. The funeral cortege leaves Mater Dei Hospital on Tuesday, June 23 at 8.30am for St Mary Old Parish Church Birkirkara, where mass praesente cadavere will be celabrated at 9am followed by interment in the family grave at Santa Marija Addolorata cemetery. May Lord grant her eternal rest.

GIORGIO. On June 15, in Melbourne, Australia, CAROLINE MELANEA (Lena) née Samut-Tagliaferro, aged 90, passed away peacefully. Wife of Joe (Dec.) and beloved mother of Joanne and Jacqui and their husbands. Much loved by her six grandchildren, five great-grandchildren and family in Malta, England, Canada and USA. The funeral Mass will be offered at St John the Evangelist Catholic church, Mitcham, on Tuesday, June 30, at 12 noon (webcast can be accessed by visiting tobinbrothers.com.au and searching for Caroline Giorgio in the webcast and funeral notices search bar). May she rest in peace.

GROGAN-JARVIS – STEPHEN. Born in Wakefield, on December 28, 1956, died in Malta, on June 14. A very proud Yorkshire man. Our dream came true, moving to Malta in 2014, exactly six years earlier and what adventures we had. My husband, my hero left us in a dignified, peaceful manner, he had the heart of a warrior. He was still such fun to be with. Please celebrate Steve’s full life as a WO2 in The Queens Regiment, a teacher of Maths and Science, a RYA/MCA Day Skipper, a friend. Father to Jonathan, Ali and Abi, stepfather to Jamie and Cesca. Loved by his mother Marjorie and family, our Maltese family, Angele, Toots, Lucienne and Sasha. In the UK, Nick, Sam, Gareth, Bex, Nick and Lynette. In USA Gail and Mike. We decided to donate our bodies to the University of Malta, in recognition of the care and dedication that Steve was given throughout his illness. Heartfelt thanks to our GP, all the doctors, nurses and staff at Mater Dei Hospital and Sir Anthony Mamo Oncology Centre, the nurses at the Mosta Health Centre, also to Jackie at Hospice Malta, Balzan, Yana and the nurses at Comcare and everyone that has supported us. Steve my darling, “Steady the Buffs”, love you forever Madeleine.

CARUANA MONTALDO. Treasured and loving memories of OSCAR, today the first anniversary of his demise. Always in our thoughts and prayers. His wife Rosa, children Jacqueline, Clyde, Mark and their families. Lord, grant him eternal rest.

DARMANIN – LOLLY. On the 18th anniversary of his demise. Lovingly remembered and sadly missed by his wife Myrtle, his children Tonio and Marie, Theresa, Ian and Crysta, and his grandchildren. Masses for the repose of his soul will be said today at St Patrick’s church, Sliema.
FENECH – MARIA STELLA. In loving memory of a dear mother and grandmother, today the 27th anniversary of her demise. Always in our thoughts and prayers. Flavia, Lorry, Erika and Ivan.

FENECH – MARIA STELLA, née Bray. In loving memory of a mother, grandmother and great-grandmother. On the 27th anniversary of her death. Fondly remembered by her daughter Bice Asciak, her grandchildren Stanley, Pierre, Marielouise and Antoine, in-laws and their respective families.

GRIMA. Of your charity, remember in your prayers MARIA, née Ragonesi, an adored mother, grandmother and great-grandmother whom the Lord called unto Himself six years ago today. Still as ever, so very close to our hearts. On her soul sweet Jesus have mercy. Her family.

LAUTIER – OLIVER. In loving memory, on the 10th anniversary of his demise. Deeply missed and fondly remembered by his wife and children, brothers and sisters and families.

PALMIER – MARCELINE. In loving memory of a much cherished and dearest mother and grandmother on the first anniversary of her passing away to a better life. Your light, love and values live on in all of us. Lorraine, George, Kevin and Rose. Lord, grant her eternal rest.

PISANI – CORINNE. Treasured and unfading memories of a much loved daughter. Helen and Joe.

PISANI – CORINNE. Treasured and unfading memories of my dearest sister on her anniversary. MayAnne.

SANSONE. In loving memory of a dear father, grandfather and great-grandfather, OSCAR, on the 53rd anniversary of his demise. Always in our thoughts and prayers. His sons and daughters, in-laws, grandchildren and great-grandchildren. Kindly remember him in your prayers.

SCHEMBRI – MARIA. In loving memory of a dear mother, grandmother and great-grandmother, today the 14th anniversary of her passing away. Lord, grant her eternal rest.

XUEREB. In ever loving memory of our dear mother MARIE LOUISE on her 19th anniversary and our dear father EDGAR on his 33rd anniversary. Fondly remembered by their children Myriam and George, Tony and Pippa, Carmen and Charles, Martin and Karin and all the grandchildren.