The marriage between YVETTE and TONY took place on May 5, 1964, at St Aloysius College chapel, Birkirkara. Congratulations on this special day and best wishes for many more years together. Jonathan, Gordon, Rudi, Jonathan and Lara and your grandchildren.

DIMECH. On May 3, JOE, passed away peacefully comforted by the rites of Holy Church. He leaves to mourn his great loss his wife Marisa, his children and their spouses, Enzo and Janet, Antonella, Paul and Simone, Annamaria and Chris, Kristen and Jennifer, Francesca and Karl, his loving grandchildren Steve, Julian, Malcolm, Martina, Hannah, David, Timothy, Emma, Nicola, Nina, Andrew and Luigi. His sister Tessie and his in-laws Anton and Tita Tabone, Lawrence and Marga Galea, nephews, nieces, other relatives, friends and his dedicated carers. The funeral cortège leaves Gozo General Hospital today, Wednesday, May 5, at 4pm, for the Gozo Cathedral, Victoria, where Mass præsente cadavere will be said at 4.30pm, followed by interment in the family grave. No flowers by request but donations to the Hospice Malta, Balzan, will be appreciated. Lord, grant him eternal rest.

GALEA SOUCHET. On May 4, at Mater Dei Hospital, LESLIE, aged 81, passed away peacefully comforted by the rites of Holy Church. He leaves to mourn his loss his wife Lilian, his son Kevin and his wife Audrey, and his daughter Carol. His grandchildren Jacques and Matthias. His brothers Henry, Philip and his wife Margaret. His sisters, Marlene and her husband Louis Jaccarini, Rita Caunter and Doreen. Nephews, nieces, other relatives and friends. Mass praesente cadavere will be said tomorrow, Thursday, May 6, at 9am, at St Julian’s parish church followed by interment at the Santa Maria Addolorata Cemetery. Lord, grant him eternal rest.

PIZZUTO. On May 2, ANTON, aged 76, passed away peacefully comforted by the rites of Holy Church. He leaves to mourn his great loss his wife Monica, his children Konrad and his wife Ruth, Katya and her husband Mark Agius, Angele and her boyfriend Luke Vella, his precious grandchildren Ethan, Aidan, Luke, Leah, Elena, Carolina and Emily, his sister Marilyn and her husband Ray Mangion, his brother Paul and his wife Tessie, his brother-in-law Anthony Gatt and his wife Doris, his brother-in-law Raymond Gatt and his wife Mariella, nephews, nieces, other relatives and friends. The funeral cortège leaves Mater Dei Hospital today, Wednesday, May 5, at 1.30pm, for Mary Immaculate Mother of the church, Tal-Ibraġ where Mass præsente cadavere will be said at 2pm, followed by interment in the family grave at Santa Maria Addolorata Cemetery. No flowers by request but donations to the Hospice Malta, Balzan will be appreciated. Lord, grant him eternal rest. 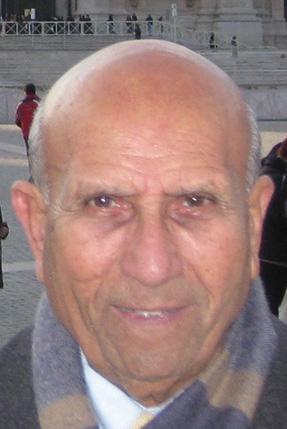 ZAMMIT. On February 5, at Mater Dei Hospital, VICTOR (Is-Surmast), aged 92, passed away peacefully, comforted by the rites of Holy Church. He leaves to mourn his loss his dear sister Giovanna, his brothers Edwin and his wife Tereża, Arthur and his wife Michelle, nephews, nieces, cousins, their respective families in Malta and Australia, and numerous friends. A celebration of his life will be held on Friday, May 7, at 6.30pm, at Santa Maria Basilica, Mosta. Greatly missed, but forever in our hearts. Dear Lord, grant him eternal rest. The family would like to thank the staff at Ward M2 for their dedication and care during his short stay in hospital.

BORG. In loving memory of EMANUEL (Leli), on the seventh anniversary of his demise. Remembered with love by his wife Regina, his daughter Miriam Christine, his beloved grandson Rio, and also kept alive in memory by grand-daughter Luna. Lord, grant him eternal rest.

BUTTIGIEG – JOSEPH. In ever loving memory, today the eighth anniversary of his demise. Always in the thoughts and prayers of his wife Marion, his children Matteo, Marco and Clara, in-laws, grandchildren and relatives.

MERCIECA – TURO. In memory of a beloved husband, father and grand­father, on the 18th anni­versary of his demise. Never forgotten by Frances, his sons Philip and Paul, his daughter-in-law Jacqueline and grandchildren. Lord, grant him eternal rest.

VASSALLO – TESSA. In ever loving memory of my dear sister and best friend. Forever in my heart. Johanna.

VASSALLO. In loving memory of our beloved THÉRÈSE, née Mallia, on the 35th anniversary of her passing to eternal life. Always remembered by her daughter Lydia, widow of Paul Attard Montalto, and by all her grandchildren.